The Role of Black Soldiers in America’s First Century

Sharing the stories and landscapes tied to Black soldiers in America’s first century is more important than ever, as we approach the 250th anniversary of this nation.

Throughout the first 100 years of our nation’s history, more than 200,000 Black soldiers fought to establish a more perfect union on the battlefield. Ten percent of the Continental and Union armies were made up of African Americans, and there is documented evidence of them fighting  in scores  of the most important battles of the Revolutionary War, the War of 1812 and the Civil War.  These soldiers served honorably and deserve to be remembered, but their sacrifices are too often relegated to footnotes. Preserving and interpreting these underrepresented chapters of American history is a vital aspect of the American Battlefield Trust’s mission, as we seek to educate the public about what happened on America’s battlefields and why it continues to matter today.

Self-Emancipation: The Act of Freeing Oneself From Slavery

During the Revolutionary War, Black soldiers they assigned loyalty to the British or Patriot cause based on the prospect of freedom. Some joined the Connecticut Line in the Continental Army and what became the Rhode Island Regiment, although not all such enlistments by enslaved men were voluntary. Examples of Black regiments within the British army show up during the early years of the war in the northern states, and during the Southern Campaign in 1780-81, but the primary task of military-age Black men in this force was not to fight in the army, but to serve as support staff for it.

African Americans and the War for Independence
Rev War  |  Article

The British Position on Slavery in the Era of Revolution
The Founding Fathers Views of Slavery
Black Valor at Princeton
Lord Dunmore's Ethiopian Regiment
The Battle of Great Bridge
10 Facts: Black Patriots in the American Revolution

The roots of the American Civil War predate the creation of the United States, with sectional rifts only deepening in the years following the Revolution. Although there were a variety of regional differences, ranging from the economic to the moral, the most visible and virulent was the debate over slavery. Between 1780 and 1804, each northern state outlawed the practice, while “the peculiar institution” continued to flourish to the south. As the 19th century advanced, the United States experienced unprecedented growth, progress and prosperity, but the political landscape was a minefield of trouble and turmoil.

Slavery in the United States

Midway through the Civil War, the U.S. War Department issued General Order No. 143, establishing the United States Colored Troops (USCT), enabling more than 178,000 Black men to fight for liberty, a figure representing approximately 10 percent of all federal armies. “Freedom,” wrote Union General Benjamin Butler, “will be theirs by the sword.”

These men, many of whom were former slaves, enthusiastically volunteered to fight in the Union army, and nearly 37,000 gave their lives for the cause. With every engagement they fought in, the USCT time and again proved their mettle, displaying courage under fire and winning glory on the field of battle.

The Color of Bravery
Storming Battery 9: Petersburg - June 15, 1864
Covered With Glory
Fort Wagner and the 54th Massachusetts Volunteer Infantry
"The Most Terrible Ordeal of My Life": The Battle of Fort Pillow
Chaos Beyond the Crater
Black Confederates: Truth and Legend
Landscape Transformed: From USCT Fort to African American School in Athens, Alabama
The Loyal League
The Role of the USCT in the Civil War

Save and Interpret Battlefields Where Black Soldiers Fought

The Trust is committed to elevating stories about the role African Americans played in the formative conflicts of America’s first century through digital interpretation, the development of key park sites and continued preservation at battlefields central to these stories. 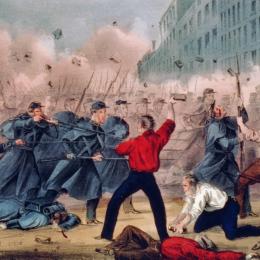 A Black member of the Lexington militia was wounded on the first day of the Revolution. 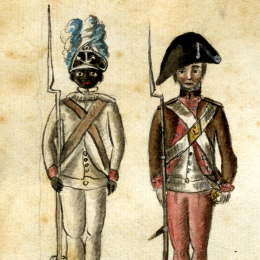 49 Acres Saved at Yorktown, Va.
Where the Rhode Island Regiment participated in the critical assault on Redoubt 10 which turned the tide of the siege and witnessed the British surrender. 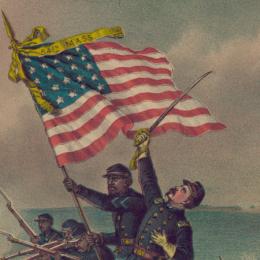 117 Acres Saved at Morris Island, S.C.
Site of the charge of the 54th Massachusetts depicted in the film Glory. 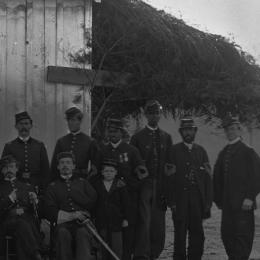 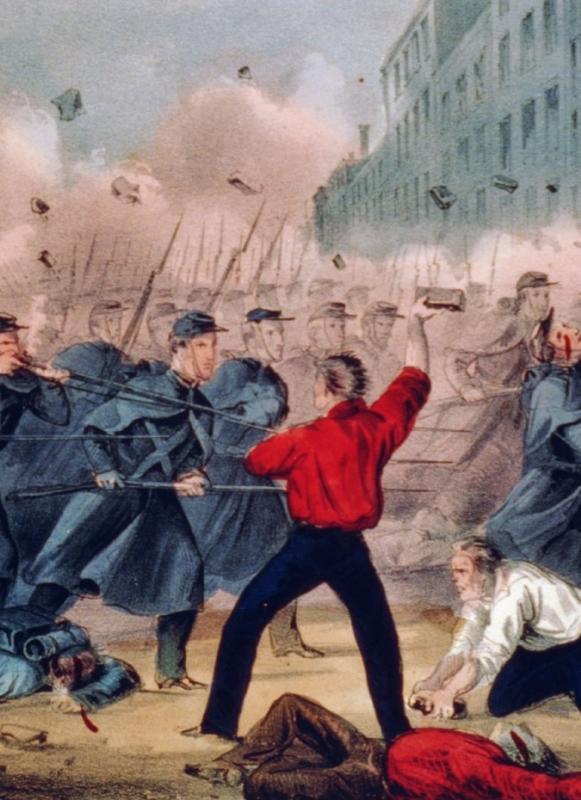 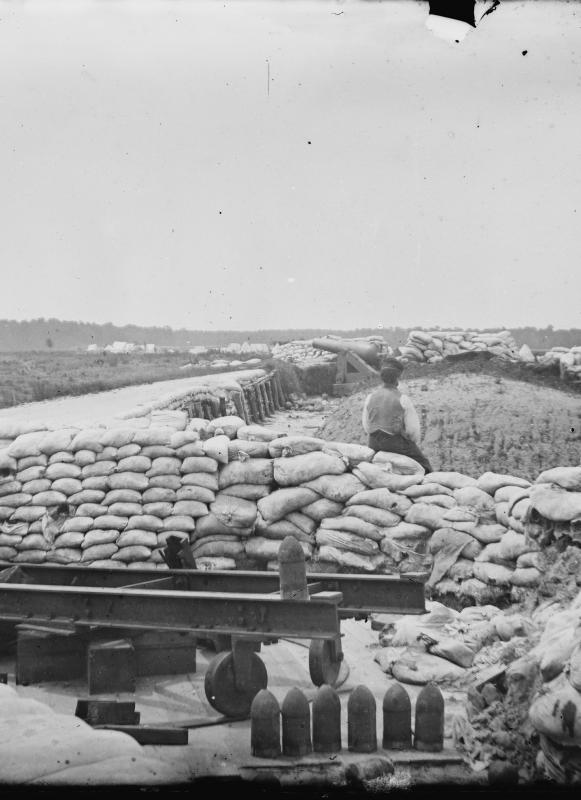 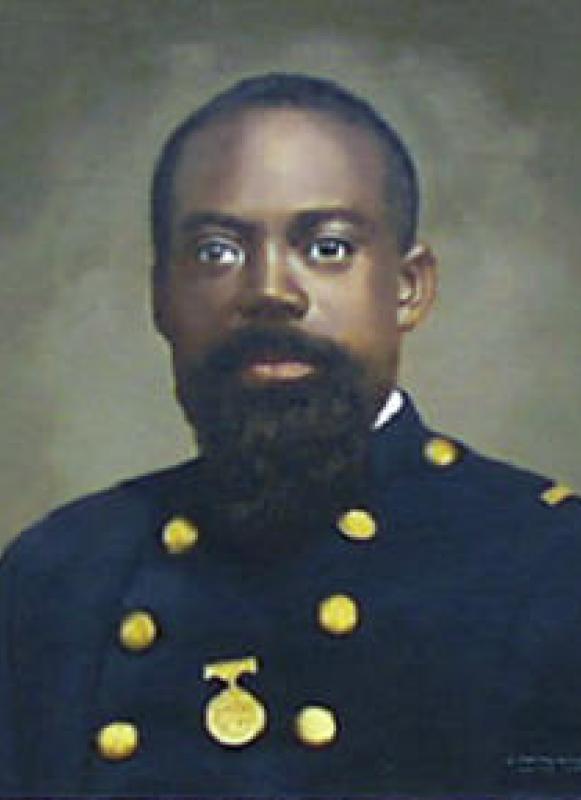 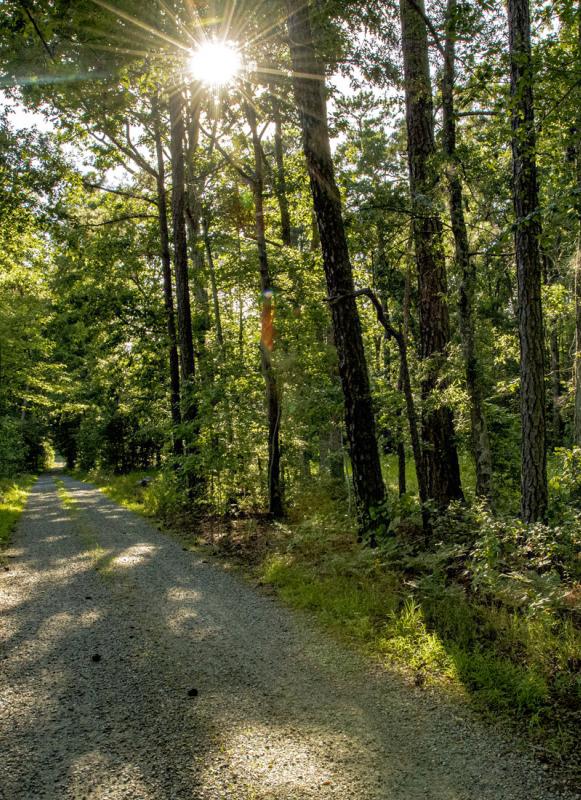 Sharing history that is inclusive of all perspectives is a critical component of our mission to preserve America’s hallowed battlegrounds and educate the public about what happened on there and why it matters. By supporting Fighting for Freedom, you are helping the American Battlefield Trust lift the voices of the Black Americans who impacted the first 100-years of American history.

And now, thanks to a grant from the American Battlefield Protection Program, we can match your gift dollar-for-dollar up to $50,000. This funding will allow us interpret African American history at seven key battlefields, located in five states, spanning three wars!

Together, we can make sure everyone has an opportunity to learn about and be inspired by this essential part of American history. Join us by making a secure online donation today and your gift will be DOUBLED!