The true history of this war will show that the loyal army found no friends at the South so faithful, active, and daring in their efforts to sustain the government as the Negroes. Negroes have repeatedly threaded their way through the lines of the rebels exposing themselves to bullets to convey important information to the loyal army of the Potomac.

It may be that the best spies leave no trace. But it shouldn’t be a secret that in a 2007 publication, the CIA identified information from African Americans as “the single most prolific and productive category of intelligence obtained and acted on by Union forces throughout the Civil War.”

The history of this information is woefully incomplete - destroyed after the war to protect those who provided it, underplayed in deference to the contributions of European Americans, or simply lost in the sands of time. Yet we know enough today to appreciate the critical role these African American spies and informants played in shaping their own fate and the fate of our nation. Here are a few things everyone should know about the intelligence contributions of African Americans in the Civil War.

More than a decade before the war began, African American abolitionists had a choice to make: to work in opposition to, or in league with, the United States Constitution. According to historian Hari Jones, “In the State Convention of the Colored Citizens of Ohio held in Columbus in January 1851, African Americans debated and voted on a resolution concerning this subject. .... At a vote of 28 to 2, the Convention resolved to work in league with the Constitution to gain equal rights as citizens and to abolish slavery.” From this ideological foundation would grow a secret national network of African Americans dedicated to securing freedom in league with the Constitution. They would later be referred to as the Loyal League, the Legal League, or the 4Ls: Lincoln’s Legal Loyal League - and they would prove instrumental to the course of the Civil War.

The Battle of Hampton Roads might never have happened if not for the initiative of a freed slave named Mary Touvestre. According to the CIA’s “Black Dispatches: Black American Contributions to Union Intelligence During the Civil War,” Touvestre worked in Norfolk, Virginia, for an engineer who was involved in converting the recovered USS Merrimac into the first Confederate ironclad warship, the CSS Virginia. Touvestre risked life and limb to steal her employer’s plans and share them with officials at the Department of the Navy in Washington, DC. The intelligence she provided spurred the Union to work urgently on their own ironclad, the USS Monitor, which was ready just in time to neutralize the threat of the CSS Virginia to the Union fleet.

File this one under heavily implied history. Historian Hari Jones laid out the case in his article “The Road to Emancipation.” 1) Union General George B. McClellan relied on his head of intelligence, Allan Pinkerton, for estimates regarding enemy numbers and weapons. 2) Pinkerton counted on African American informants as a key source of intelligence. 3) Abolitionists worried that if McClellan captured Richmond on this 1862 campaign, the war would end while the institution of slavery was still basically intact. 4) McClellan’s Peninsula Campaign failed in part because McClellan dramatically overestimated the size of the Confederate force. Coincidence, or strategic misinformation campaign? You be the judge.

The Most Famous African American Spy

Harriet Tubman is probably the most famous African American spy of the Civil War. She helped to orchestrate the Combahee River Raid, in South Carolina. As a spy in the region, Tubman had developed intimate familiarity with the area and its inhabitants. She was able to guide Union Colonel James Montgomery and his men on a successful mission to destroy millions of dollars worth of Confederate supplies and rescue more than 800 slaves. 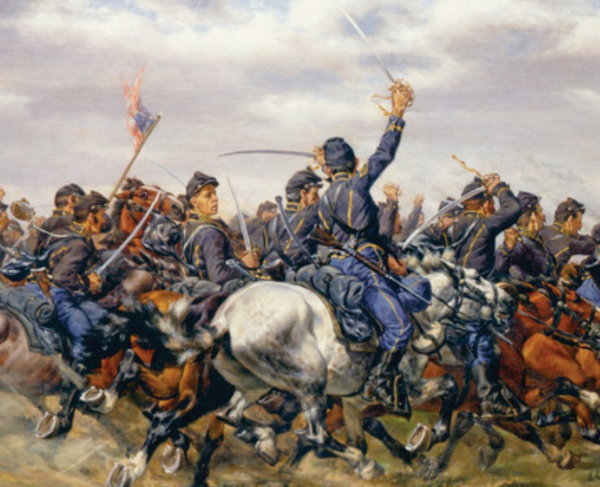 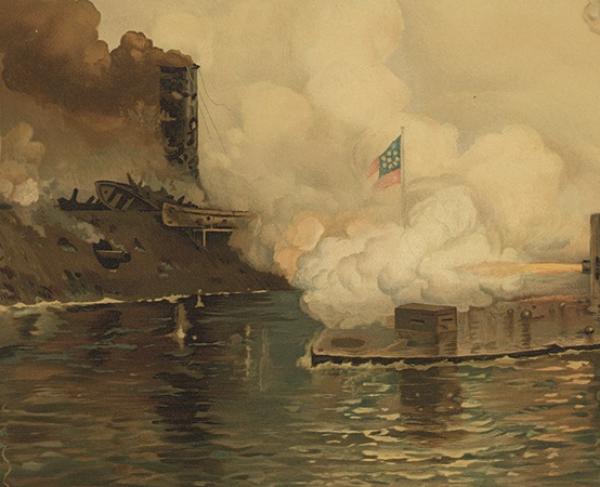 Clash of the Ironclads

Related to This Head-Tilting History

African Americans in America's Wars
10 Facts: Civil War Navies
Watch Our In4 Video Series
Get Head-Tilting History in Your Inbox