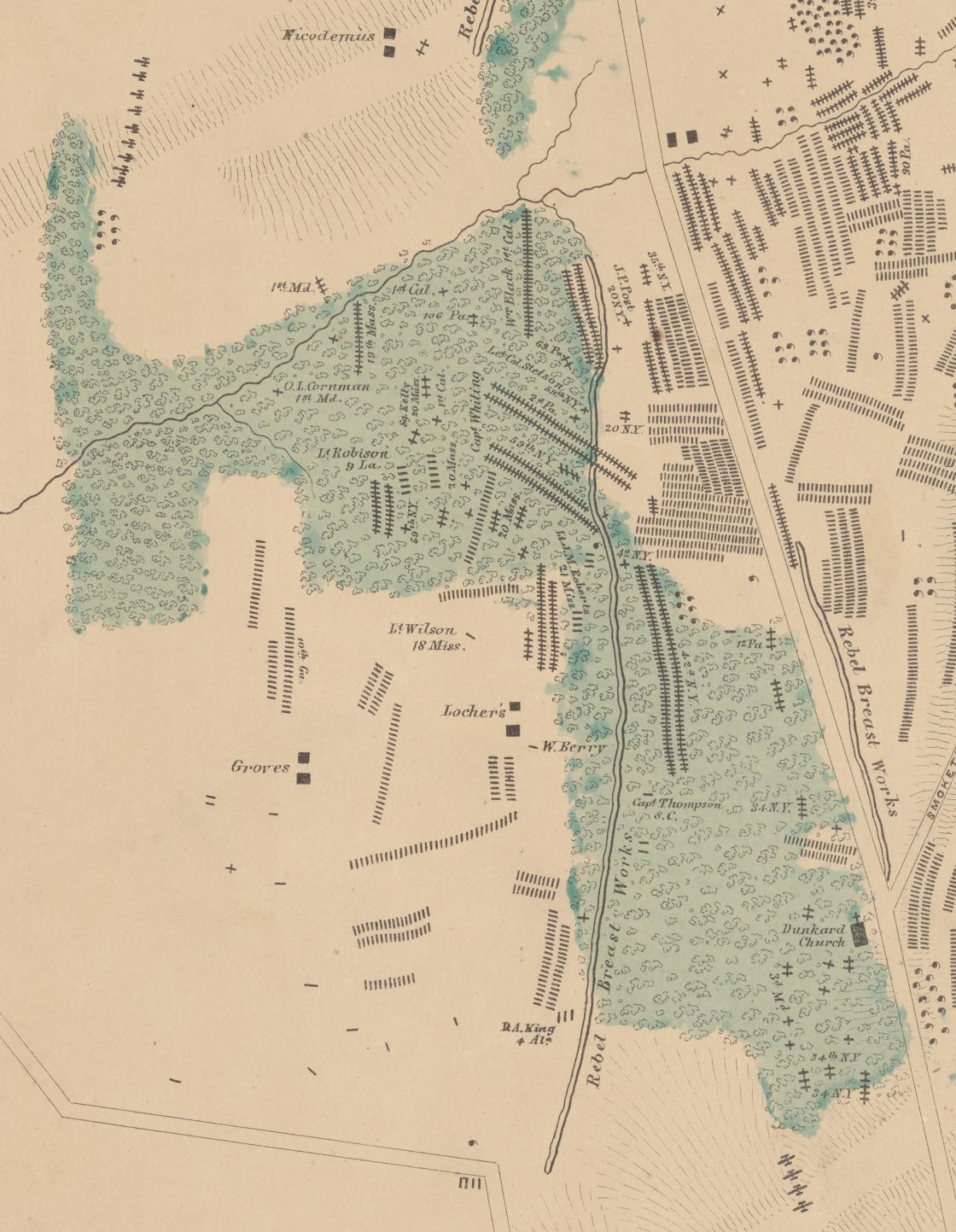 A portion of the S. G. Elliott Burial Map for the Antietam Battlefield—West Woods Sector

Maj. Gen. Joseph Mansfield’s XII Corps plunged through the cornfield and open ground to the south, grinding to a halt with Brig. Gen. George Greene’s division in its front along the turnpike near the Dunker Church. Intense fighting swirled around Greene’s soldiers on the edge of the West Woods. Maj. Gen. Edwin Sumner’s II Corps was called forward to press the advantages gained by Hooker and Mansfield. Maj. Gen. John Sedgwick’s division pushed westward into the woods on Greene’s right, losing over half his men (2,225), in just 20 minutes of fierce fighting. The 15th Massachusetts was particularly hard hit—losing 318 men out of 582 engaged. Sedgwick's regiments found themselves trapped among the trees with little room to maneuver and ultimately fell back to the north. In the midst of the assault, Sedgwick was wounded three times. Robert E. Lee met the Union threat by drawing Gen. John G. Walker’s division and other units from Longstreet’s wing to shore up Jackson’s position in the woods. Brig. Gen. William French’s II Corps division struck the Confederate center along the Sunken Road (Bloody Lane) and was beaten back.

This section of the Elliott Antietam Burial Map shows the sector of the West Woods, Hagerstown Turnpike, and the Dunker Church.  Some of the most famous photos of the Antietam dead were taken in the sector in the days following the battle. Upon examining the map in this sector, you will notice the disproportionate number of Union to Confederate burials as well as many scattered individual soldiers graves. Approximately 2,900 human and 70 horse burials are represented in this section of the map as well as 13 artillery pieces.