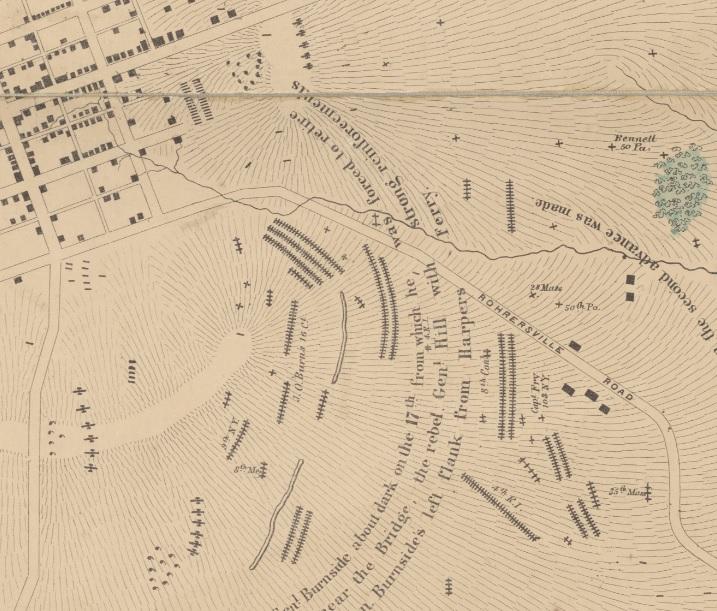 A portion of the S. G. Elliott Burial Map for the Antietam Battlefield—Final Assault Sector

This section of the Elliott Antietam Burial Map shows the sector of the final Federal assault at Antietam. Near the top left corner of the map, you will notice an artillery line with many dead horses behind the guns. This is the area of the modern Antietam National Cemetery which was established in 1865. Upon examining the map in this sector, you will notice the disproportionate number of Union to Confederate burials. Approximately 495 human and 17 horse burials are represented in this section of the map as well as 17 artillery pieces.