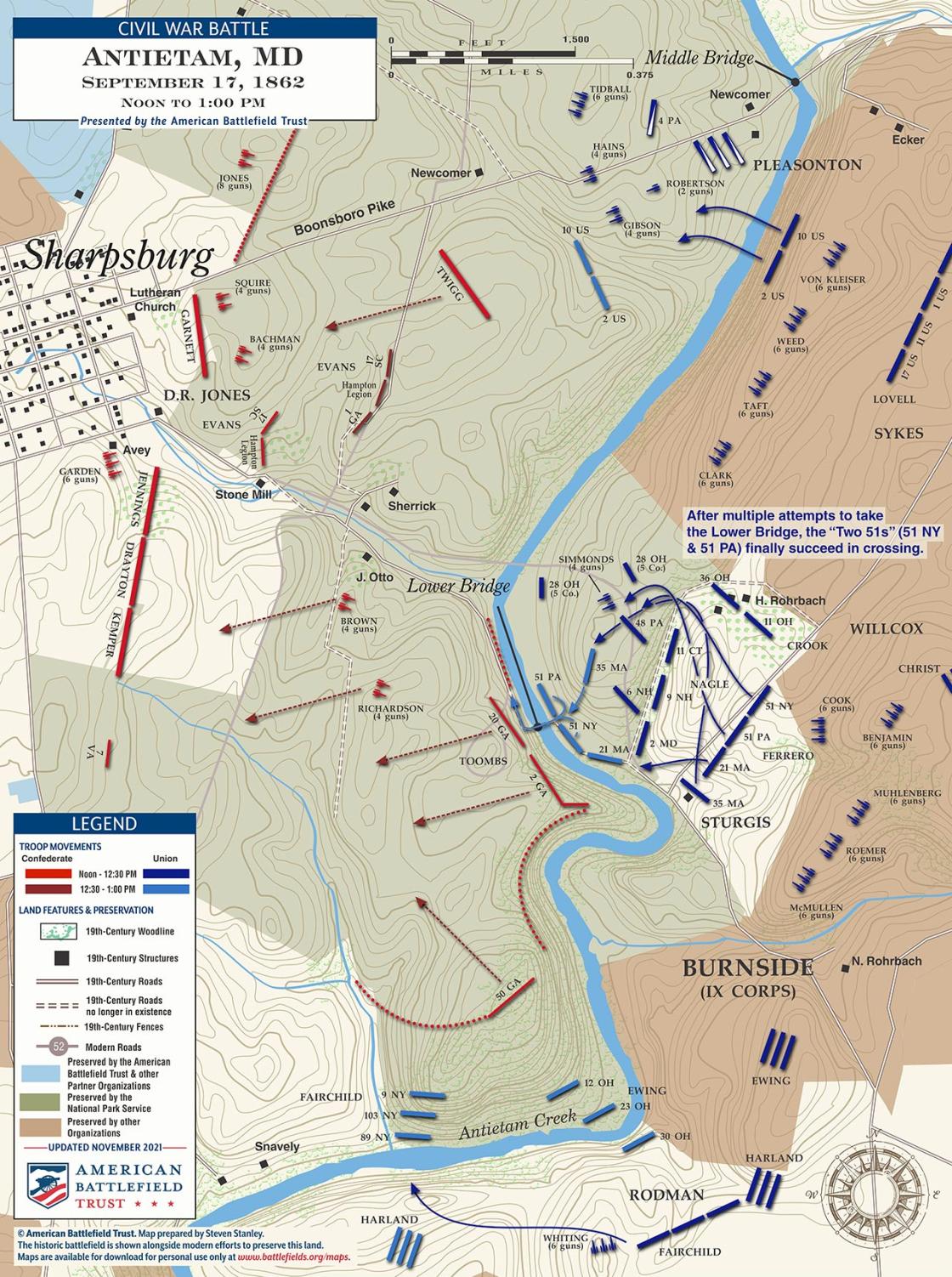 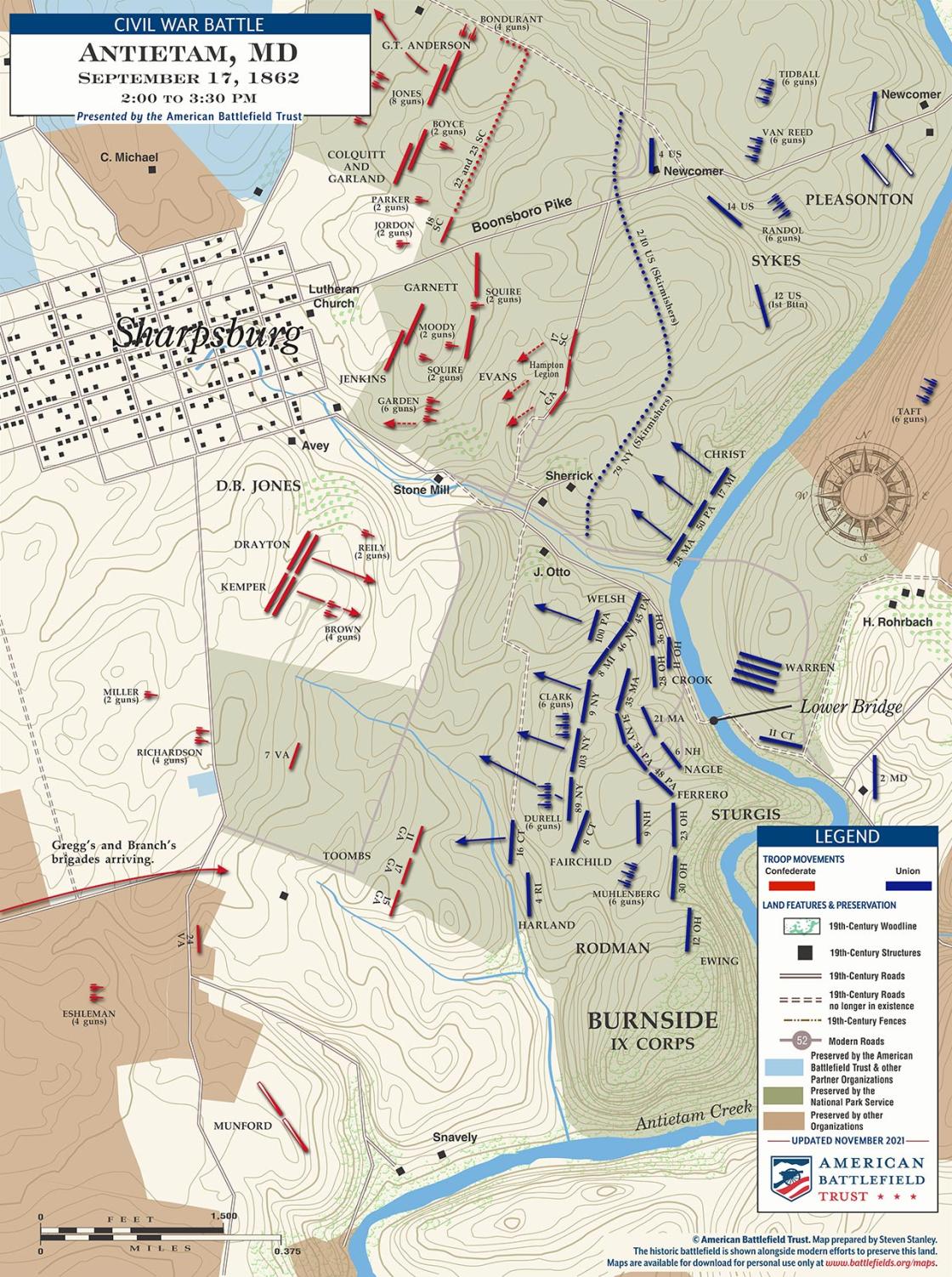 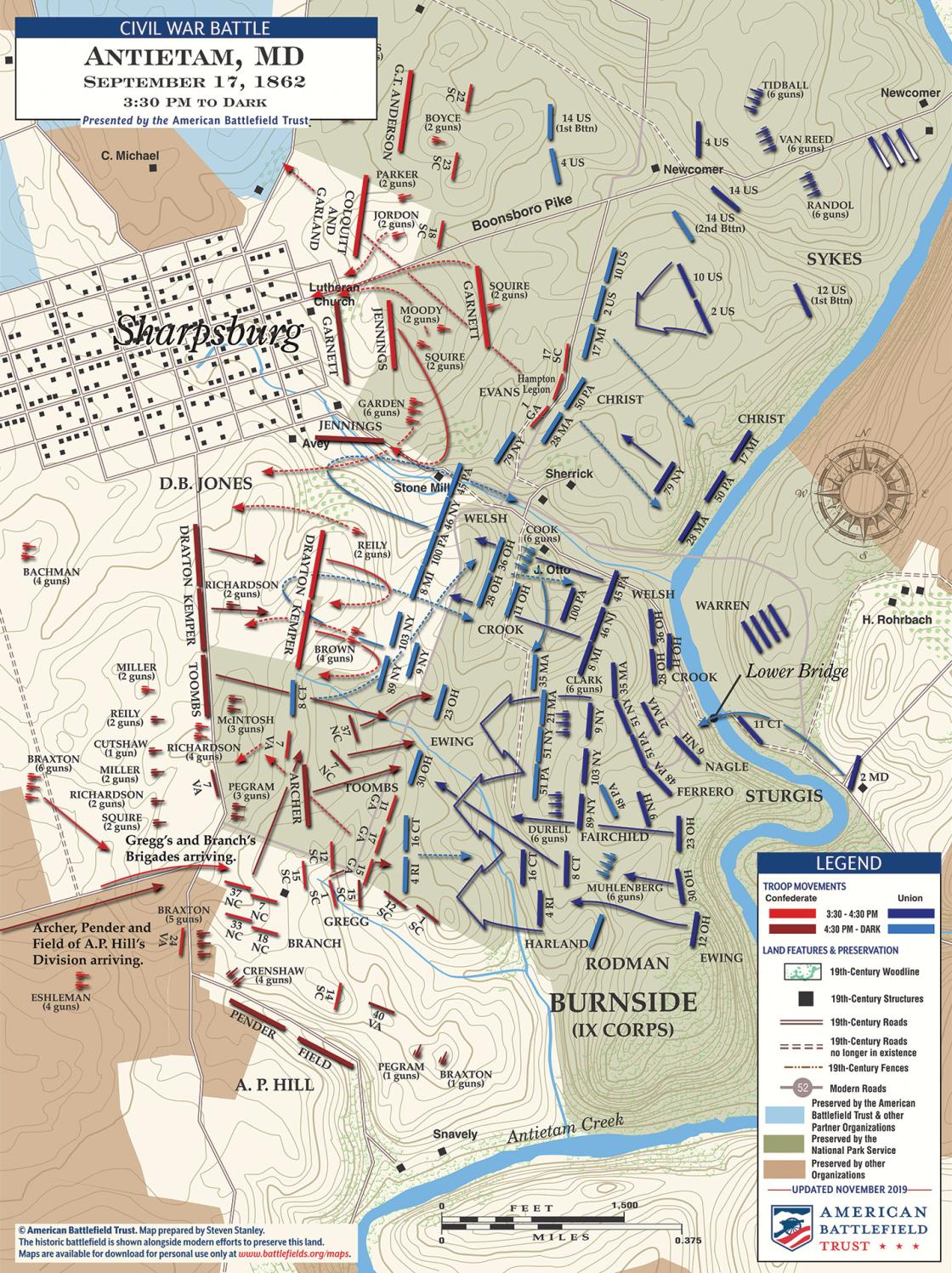 When Walker’s division was moved north to bolster the Confederate defense of the West Woods, only five small brigades under Gen. David R. Jones were left to cover Lee’s right flank. Their position was good, facing open, rolling ground, that was difficult to attack across. Maj. Gen. Ambrose Burnside’s IX Corps was intended to demonstrate against the Confederate right when the main attack further north began. However, McClellan’s orders for Burnside to move forward were not written until 9:00 am and were not received until 10:00 am. Instead of a single headlong assault against the lower bridge, Burnside first attempted to flank the Confederates with a movement south by Brig. Gen. Isaac Rodman’s division. Rodman could not locate a suitable creek crossing until well after noon. By then, two uncoordinated attempts to capture the bridge had failed.

Around 1:00 pm, the 51st Pennsylvania and 51st New York finally charged across the bridge. For four hours, about 500 Confederates under Brig. Gen. Robert Toombs held off Burnside’s corps, suffering about 120 casualties. Once Maj. Gen. Ambrose Burnside’s IX Corps captured the lower bridge (today known as the Burnside Bridge), his men took nearly two hours to cross it and form for an attack against the final Confederate line.

Finally, at about 3:00 pm, a mile-wide battle line of Union soldiers swept forward across the rolling terrain. About 2,500 Confederate soldiers with artillery awaited them on the high ridge south of Sharpsburg. The fighting was intense as Burnside’s men neared the road to Boteler’s Ford in Lee’s rear. The 9th New York Infantry, also known as “Hawkins’ Zouaves,” suffered 63% casualties on the outskirts of Sharpsburg. Just then, exhausted after marching 17 miles from Harpers Ferry, Gen. A.P. Hill's Confederate "Light Division" slammed into the exposed Union left flank and drove the Federals back. The brand new 16th Connecticut Infantry, barely two weeks old, bore the brunt of Hill’s attack, some of them had not learned how to load their muskets until the day before. Divisions of the V Corps remained in reserve and were not moved forward to support Burnside. The timely arrival of Hill, and the failure of McClellan to support Burnside's final assault ultimately saved General Robert E. Lee and his Army of Northern Virginia. 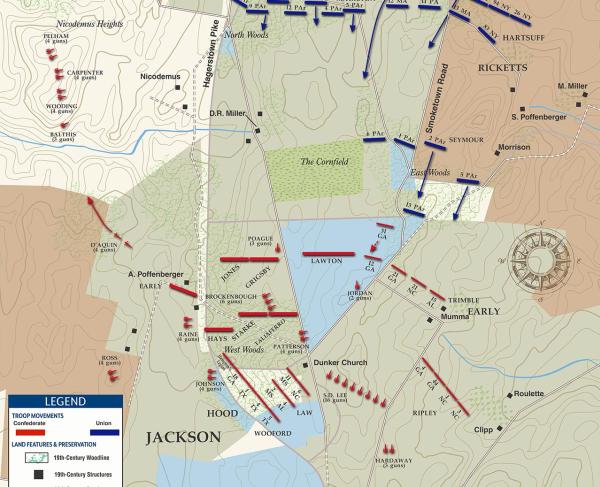 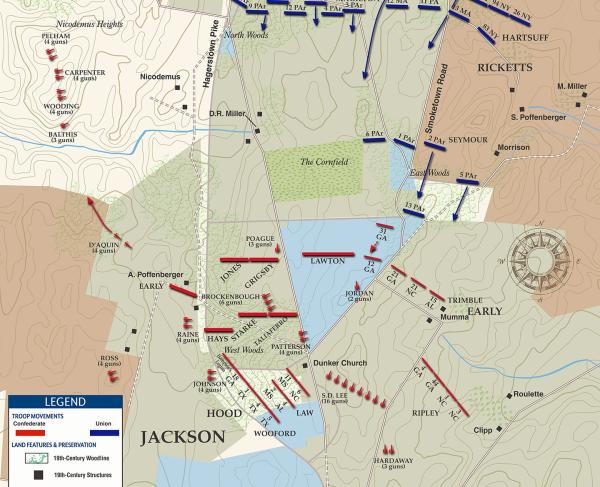