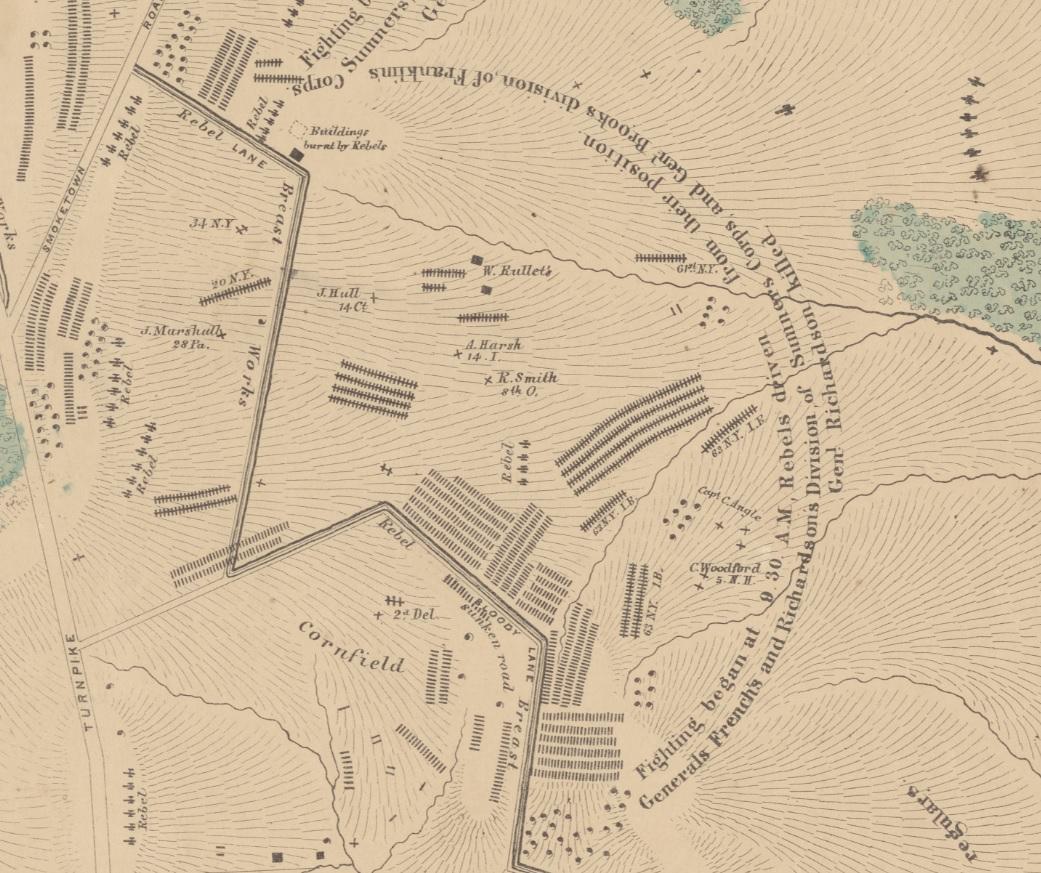 A portion of the S. G. Elliott Burial Map for the Antietam Battlefield—Bloody Lane Sector

This section of the Elliott Antietam Burial Map shows the ferocity of the fighting in the sector. Union and Confederate soldiers were buried in mass in the open field across which the Federals assaulted the Sunken Road. Approximately 1,284 human and 77 horse burials are represented in this section of the map as well as 34 artillery pieces.