145 acres of hallowed ground at Second Manassas and Kelly’s Ford are forever protected thanks to generous patriots and history lovers like you.

At Second Manassas, you preserved two significant tracts. Union troops charged over one in their attacks on the Unfinished Railroad, and Longstreet’s men advanced over the other in their massive assault on the battle’s last day. In Culpeper County, we added to the 1,234 acres that were already preserved at Kelly’s Ford.

After wresting the initiative from a complacent General George McClellan in the summer of 1862, Confederate General Robert E. Lee began to think of moving his army into Northern territory. But first he had to suppress another Union army under General John Pope. On August 28–30, 1862, Lee and Pope clashed near Manassas, Virginia. After pummeling Confederates under Stonewall Jackson along an unfinished railroad, Pope was surprised by a massive assault led by James Longstreet that unhinged combined elements of the Union Army of Virginia and Army of the Potomac, and handed the Federals another defeat on the banks of Bull Run.

Seven months later, newly organized Union cavalry planned to “rout or destroy” Confederate cavalry along the Rappahannock River—a precursor to the Union offensive that culminated in the Battle of Chancellorsville. On March 17, 1863, Union cavalry under General William W. Averell splashed across the Rappahannock at Kelly’s Ford and attacked Confederate horsemen under General Fitzhugh Lee in the war’s first major all-cavalry battle. Lee’s men counterattacked, but were repulsed, losing the popular horse artillerist Major John Pelham in the process. Averell eventually called off his raid, failing in his objective, but nonetheless proving that Yankee horsemen were nearing parity with their Confederate counterparts.

Want to learn more about Second Manassas and Kelly’s Ford?

The official report of the Battle of Second Manassas by Lt. Gen. Thomas "Stonewall" Jackson. 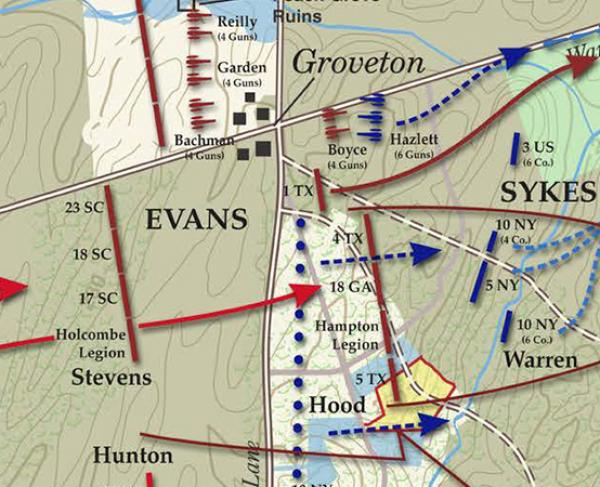 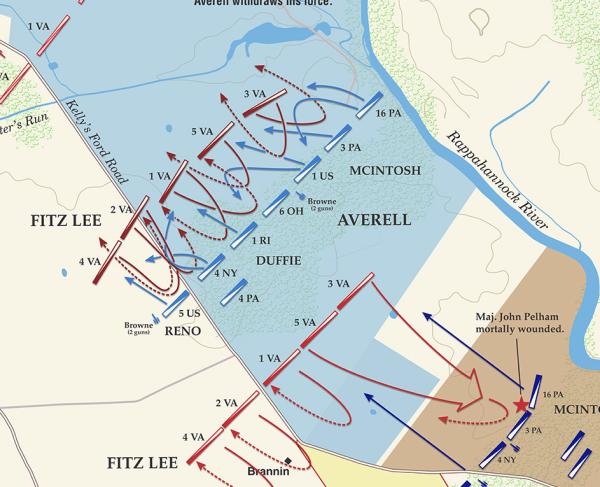