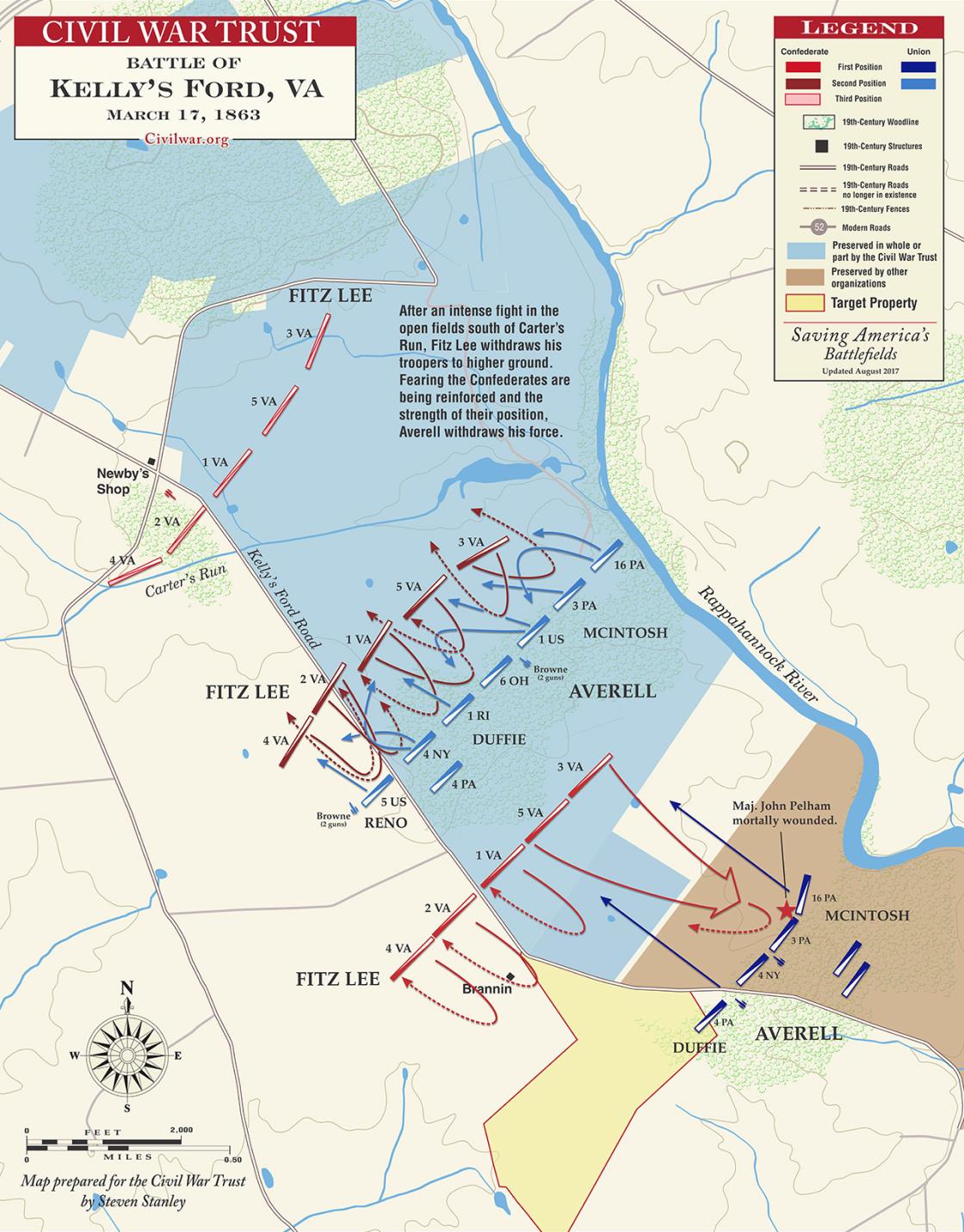 At the end of February, Confederate horsemen under the command Fitzhugh Lee conducted a daring raid north of the Rappahannock. Lee, the commanding general’s nephew, captured men and horses, stole supplies, and left a note for William Averell, an old friend from West Point who was now a Union cavalry officer. The note read: “I wish you would put up your sword, leave my state, and go home. You ride a good horse, I ride a better. If you won't go home, return my visit, and bring me a sack of coffee.”

Averell was furious. On March 16, he set out to “rout or destroy” Fitzhugh Lee and his command as they sheltered south of the river near Culpepper Courthouse. He told his men to sharpen their sabers and expect to win. On March 17 Averell forced a crossing at Kelly’s Ford and then beat back several of Lee’s counterattacks, forcing the Confederate cavalry back several miles. Confederate artillerist John Pelham was killed. But with complete victory in his grasp, Averell lost his nerve and withdrew to Union territory that evening. Lee avoided being crushed, which meant that Averell had failed in his primary objective, but the battle proved that the reorganized and refitted Union cavalry was a force to be reckoned with.