The Most Important River Crossing of the Civil War

Among military historians—an occasionally contentious bunch—there is one historical fact that has never been disputed: Kelly’s Ford on the Rappahannock was more fought-over, marched-over, more-often, than any other single river crossing during the entire Civil War. But before we discuss the vital military significance of Kelly’s Ford, a bit of background is in order.

Before it was known as “Kelly’s Ford,” a low passage in the river at the base of Mount Holly Church Ridge separating Fauquier and Culpeper Counties marked a hunting path the Iroquois traversed in their hunting forays. Later, Sioux tribes established villages on both banks of the ford. The immediate topography on both sides of the river was flat and easily cultivated—ideal for vast tribal complexes.

Fast forward to Colonial times when Irishman John P. Kelly bought property on both sides of the river in 1773 and immodestly named the former Indian byway after himself. The bombastic John Kelly—you would not desire him as a neighbor—soon built a large mill, as well as a manufacturing complex (shoes; coaches) he called, “Kellysville.”

Angering his neighbors, Kelly built a bridge across the river adjacent to the ford—which permitted him to collect tolls. Hoarding cash from the bridge and with his mill producing 100 barrels of flour a day, John Kelly believed he was set for life.  Then came 1861.

Because of its strategic positioning four miles below the Orange and Alexandria railhead at Rappahannock Station (Remington), and situated two miles south of the Carolina Road, the major north-south byway of the period, there was no doubt Kelly’s Ford would be fought over once the war began. This reality was materially compounded considering the Rappahannock marked the dividing line between contending forces throughout 1862-1863.

In March 1862, General Joseph Johnston fell back from Centreville and was the first Confederate commander to fortify the south bank of Rappahannock from Kelly’s Ford upriver to Freeman’s Ford.

August 1862 witnessed Confederates under General James Longstreet engaged in a hot artillery duel back and forth across Kelly’s Ford against John Pope’s big guns.

On February 24, 1863, a Southern cavalry column commanded by General Fitzhugh Lee forded at Kelly’s and attacked a Federal outpost at Hartwood Church.

In the first all-cavalry action of the war, General William Averell inaugurated the “Battle of Kelly’s Ford,” March 17, 1863 when he charged his division over the ford and engaged in an all-day battle with a Rebel brigade. The peerless Confederate artillerist, Major John Pelham, was mortally wounded in this fierce action.

In late April 1863, “Stoneman’s Raid” began at Kelly’s when a large Federal force of over 10,000 troopers advanced toward Richmond in an attempt to sever Confederate communications. Following closely on their heels were three full corps of Federal infantry—more than 50,000 soldiers—as General Joseph Hooker opened the Chancellorsville Campaign at Kelly’s Ford.

In June 1863, two Union cavalry divisions and an infantry brigade crossing at Kelly’s helped set in motion the largest cavalry battle of the war as the “Battle of Brandy Station” was kicked off, inaugurating the war’s threshold military event, the Gettysburg Campaign.

In August, September and October 1863, both armies jockeyed for possession of the Piedmont as repeated, ferocious cavalry actions took place at Kelly’s Ford.

On November 7, 1863, the “Battle of Rappahannock Station” occurred as thousands of Federals under General William French attacked General Dick Ewell’s Corps at Kelly’s Ford, resulting in a decisive Union victory.

In December 1863, thousands of Yankees camped at Kelly’s Ford for five months as every square inch of ground on both sides of the river was taken over for campsites.

In early May 1864, the “Overland Campaign” began as the 5th Corps of the Army of the Potomac crossed at Kelly’s Ford and headed toward the Rapidan River and the Wilderness, just beyond. And at that point, the war essentially ended at Kelly’s Ford. But the damage was done, and it would take many, many decades for Kelly’s Ford to recover from the savage ravages of Civil War. 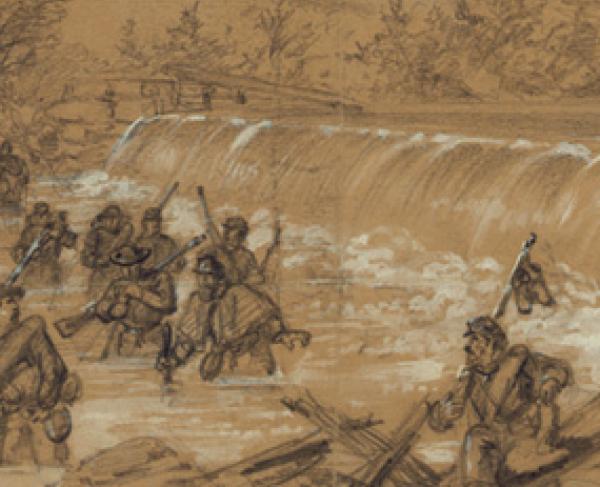 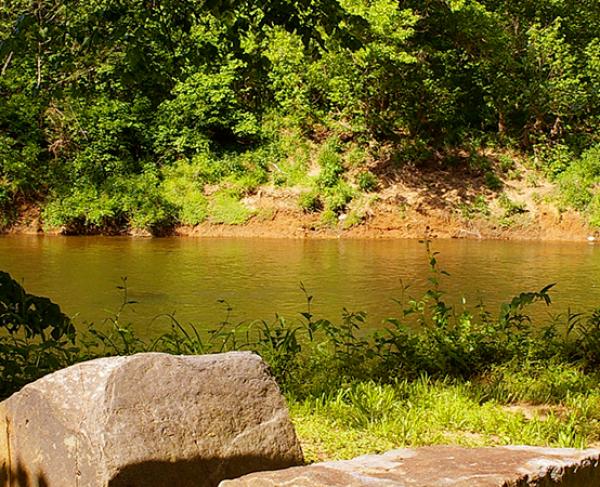