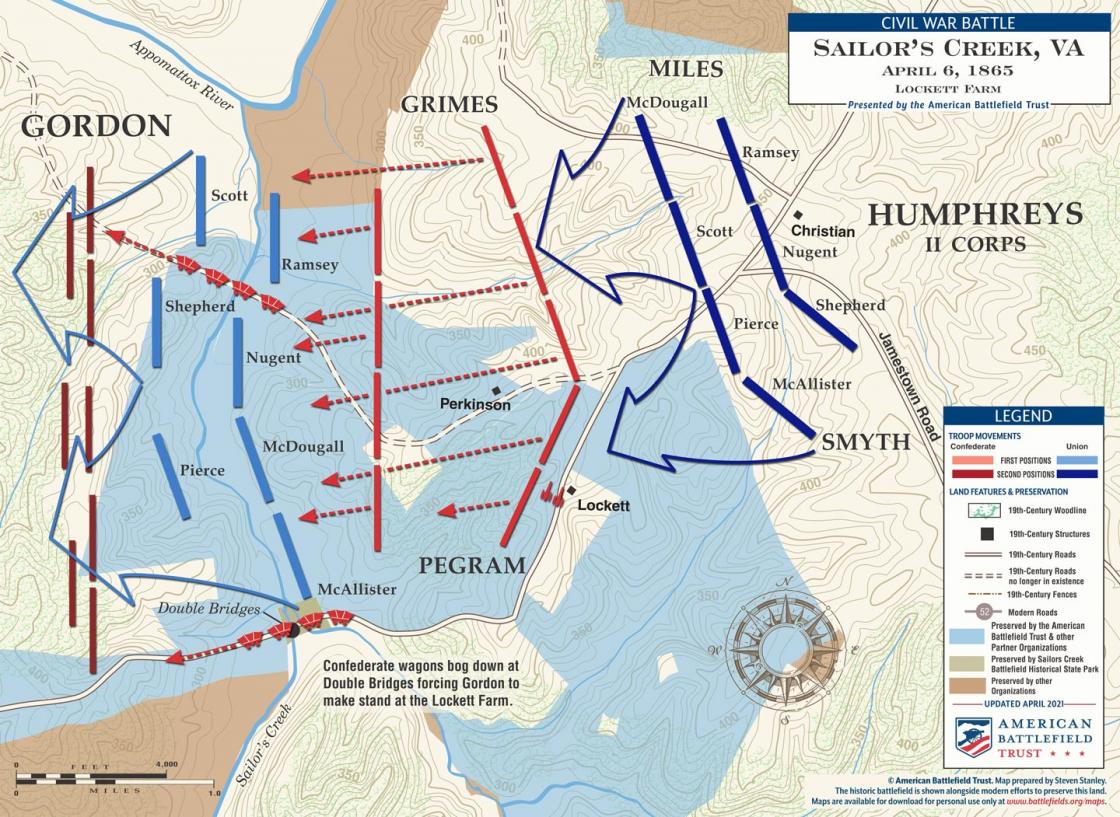 American Battlefield Trust’s map of the fighting at Lockett Farm at the Battle of Sailor’s Creek, Virginia on April 6, 1865

After the alarm at Holt’s Corner, Gen. John B. Gordon’s Confederate Second Corps and the supply train were diverted to the north in the hopes of reuniting them with the rest of the army. However, the Union II Corps under Humphreys was in close pursuit, forcing Gordon to make a series of stands on high ground as the train withdrew. Only when the wagons became bottle-necked at the Double Bridges over Sailor’s Creek, did the Federals get within striking distance. At around 5 PM, the Humphreys’ men attacked the Southern wagon guard. The bulk of Gordon’s force was driven across to the opposite bank before darkness ended the fighting on this part of the field. 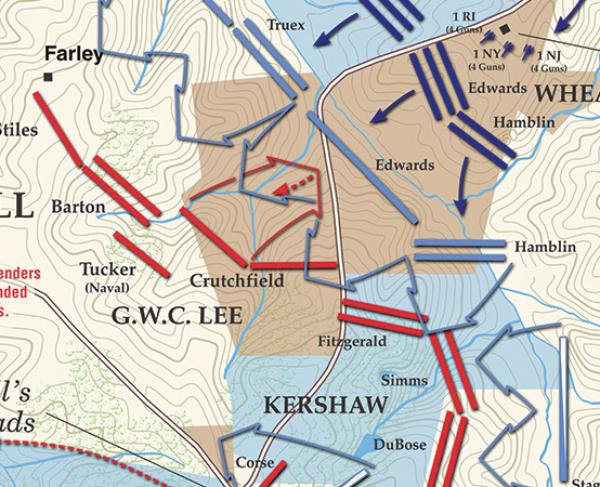