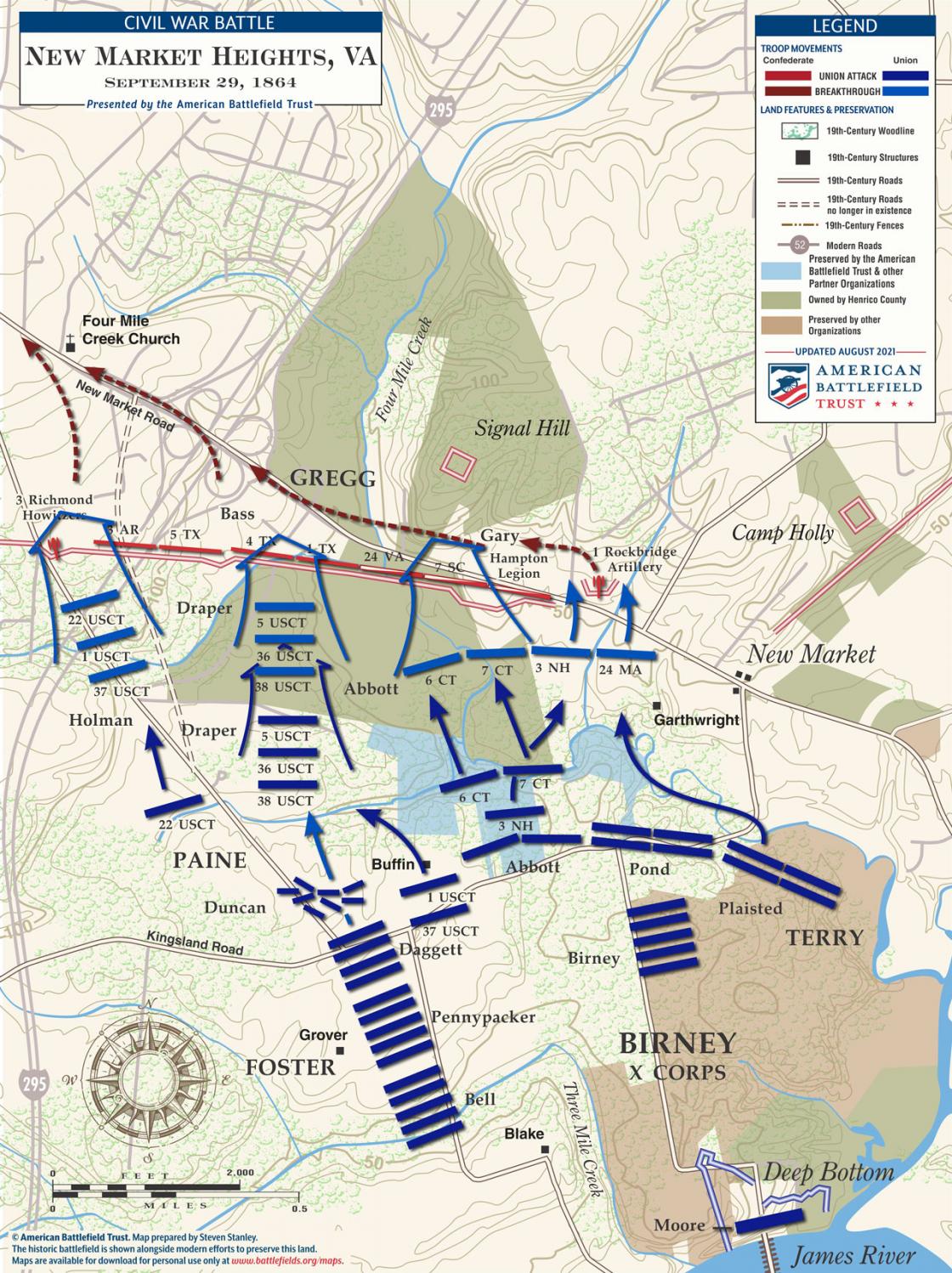 During the night of September 28-29, Gen. Benjamin Butler’s Federal Army of the James crossed the James River to assault the Richmond defenses. Butler's objective was the south end of the Confederate line anchored on the north bank of the James in an open area near the Chaffin family farm. Butler's right column, the Tenth Corps under Maj. Gen. David Birney, would attack the Confederate positions on the high ground above the New Market Road, while his left under Gen. Edward O. C. Ord would attack nearby Fort Harrison on the Richmond defensive perimeter.

Both columns attacked at dawn on the 29th. After initial Union successes on both fronts, the Confederates rallied and contained the breakthrough. A brigade of U. S. Colored Troops in Birney's corps performed bravely in the attack on New Market Heights, and some 14 members of the United States Colored Troops were the recipients of the Medal of Honor for their actions during the battle. Lee reinforced his lines north of the James and, on September 30th, counterattacked unsuccessfully. The Federals entrenched, and the Confederates erected a new line of works cutting off the captured forts. As Grant anticipated, Lee shifted 10,000 troops to meet the new threat against Richmond, weakening his lines west of Petersburg.