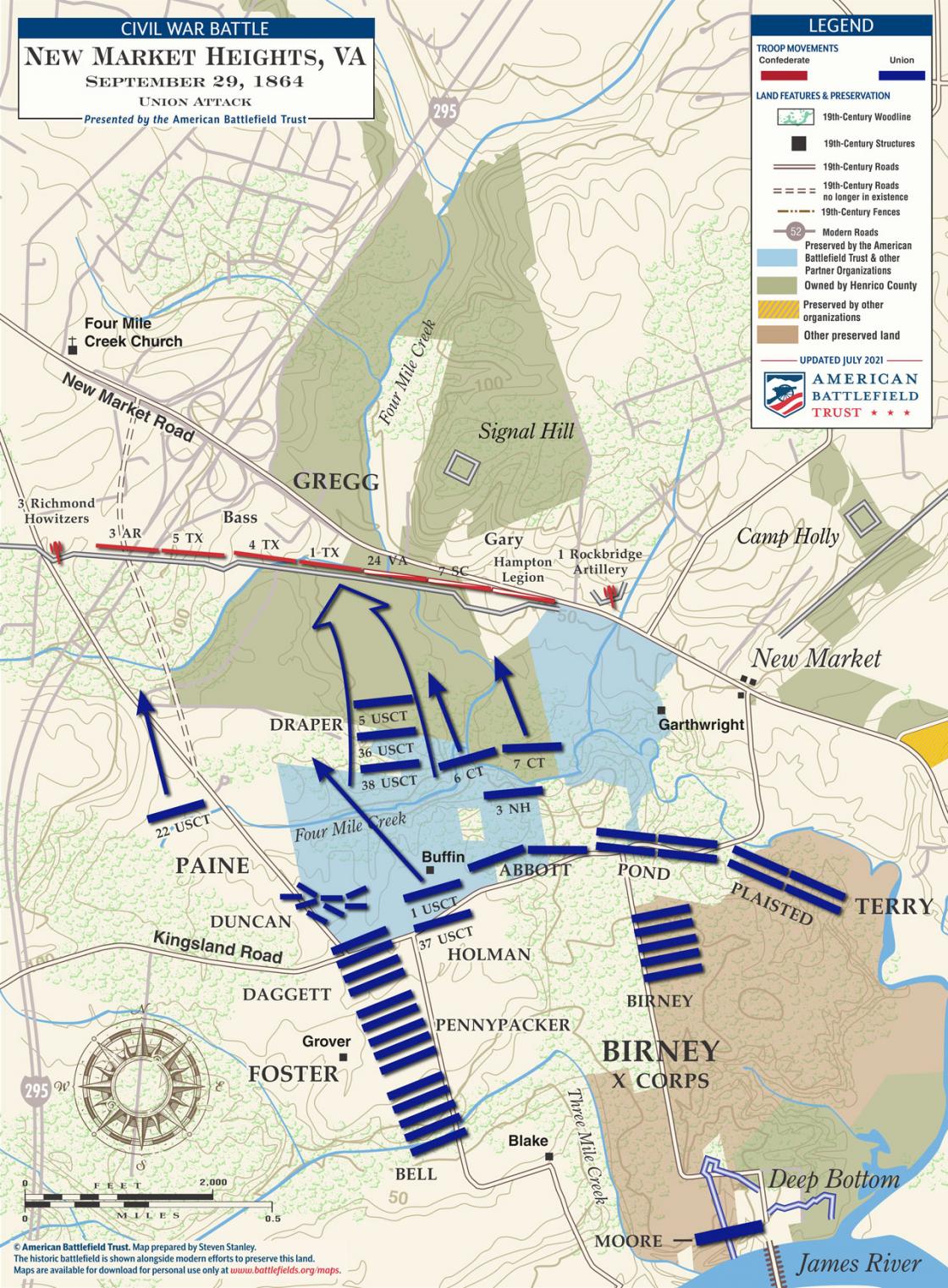 During the night of September 28-29, Gen. Benjamin Butler’s Federal Army of the James crossed the James River to assault the Richmond defenses. Butler's objective was the south end of the Confederate line anchored on the north bank of the James in an open area near the Chaffin family farm. Butler's right column, the Tenth Corps under Maj. Gen. David Birney would attack the Confederate positions on the high ground above the New Market Road, while his left under Gen. Edward O. C. Ord would attack nearby Fort Harrison on the Richmond defensive perimeter.

Both columns attacked at dawn on the 29th. General Paine's division received a galling fire from some 2,000 entrenched Confederates along the New Market Road. The famed Texas Brigade along with Confederate dismounted cavalry held the line against the Federals. Paine's three brigades formed for the assault and attacked up and out of the valley of Four Mile Creek. Two initial assaults over unforgiving terrain by Colonels Samuel Duncan's and Alonzo Draper's brigades failed to reach or break the Confederate line. The piecemeal attack cost the Federals in time and lives. A third wave would be needed to breach the enemy lines.