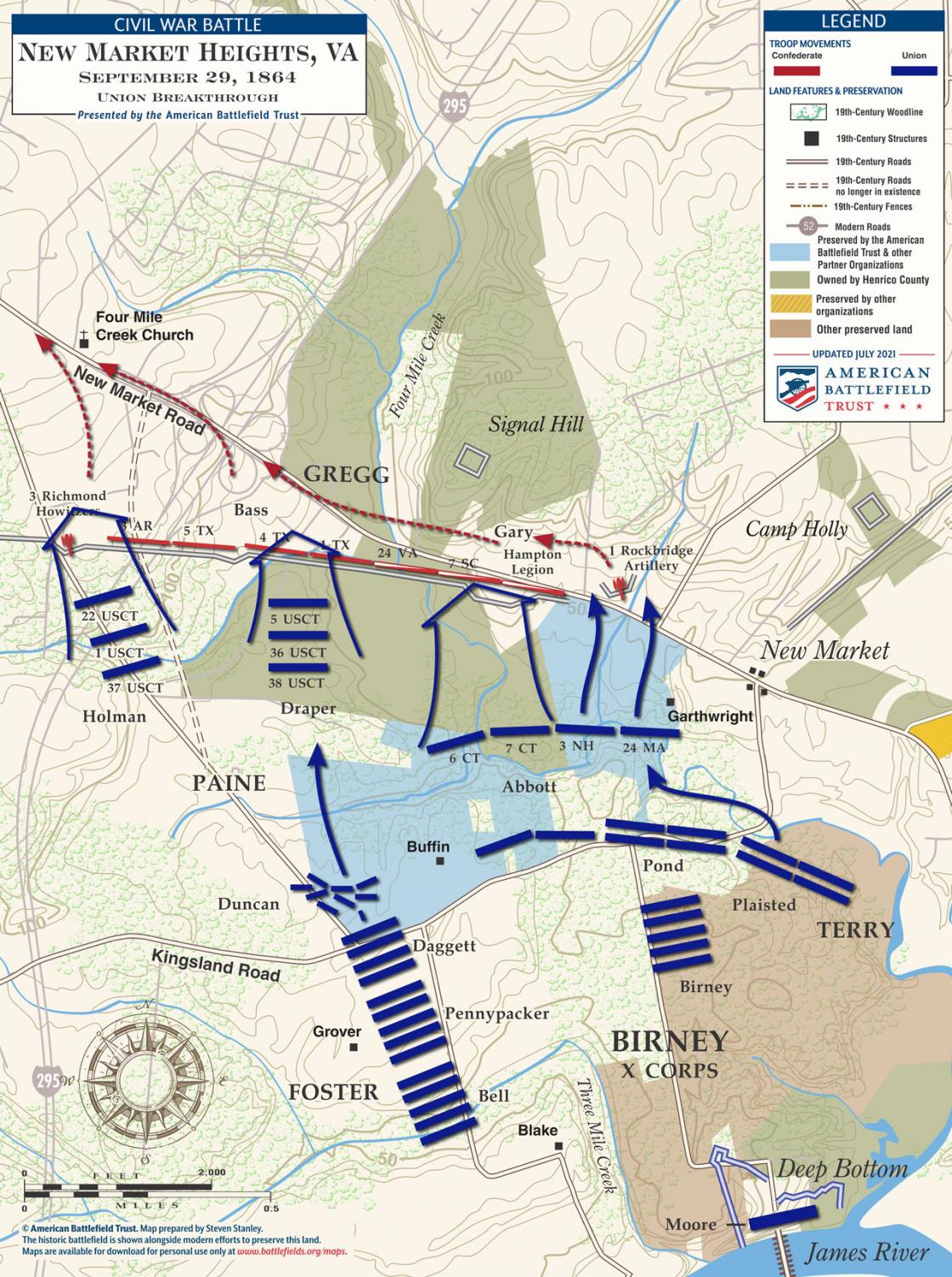 After assaulting the Confederate lines along New Market Road and New Market Heights at dawn on September 29, 1864, the Federal assaults became bogged down. Galling fire from the famed Texas Brigade and dismounted Confederate cavalry, mixed with unforgiving terrain, as the United States Colored Troops attacked up and out of the valley of Four Mile Creek. The initial assaults by Colonels Samuel Duncan's and Alonzo Draper's brigades failed to reach or break the Confederate line. The piecemeal attack cost the Federals time and lives. A third wave was be needed to breach the enemy lines.

Confederate fire has receded enough to allow the Federals to regain their assault momentum. The brigade of Colonel John Holman added its weight to Duncan's and Draper's stymied brigades. A blue wave surged up New Market Heights. Upon reaching the Confederate works, the Federals found that most of the earthworks had been abandoned.

Combined with the victory at Fort Harrison, the Federals had made some headway into breaching Richmond's outer works. Paine's division sustain roughly some 800 casualties in the assault, and 14 African American soldiers were the recipients of the Medal of Honor. In honor of their action at New Market Heights, Union General Benjamin Butler had a special medal struck and presented to the United States Colored Troops who participated in the action.