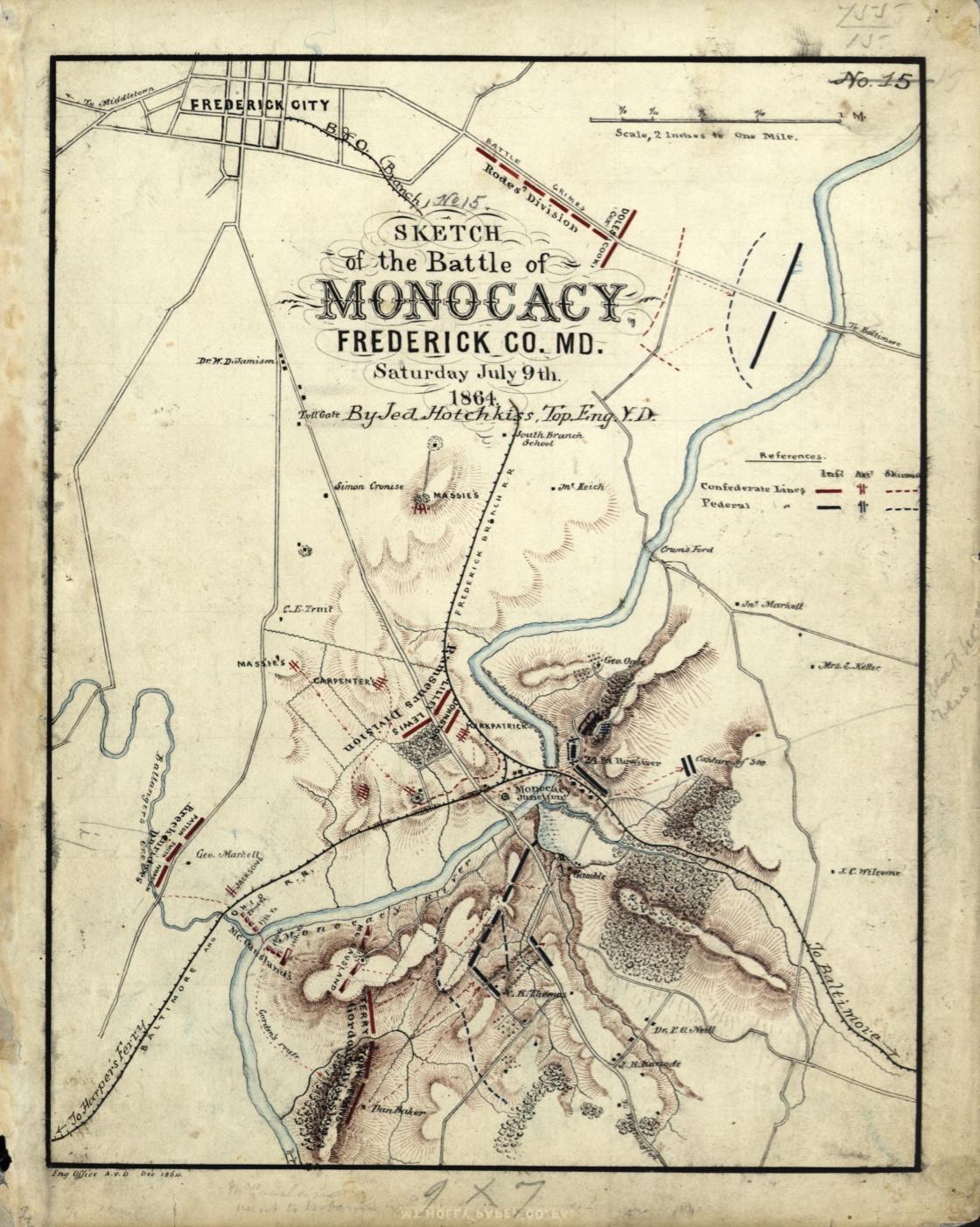 Historical map of the Battle of Monocacy

Report of the camps, marches & engagements, of the Second Corps, A.N.V., and of the Army of the Valley Dist. of the Department of Northern VA., during the campaign of 1864 : [Virginia] / illustrated by maps & sketches by Jed. Hotchkiss, Top. Eng. V.D. - No. 15: Battle of the Monocacy, Frederick County, Maryland

Relief shown by hachures.
A number of the maps from this report are reproduced in the Atlas to accompany the official records of the Union and Confederate Armies, 1891-95.
Pen-and-ink and pencil (some col.) with some sheets mounted on cloth.
In pen-and-ink on the blue lined paper cover of the report: The original report, written in Dec. 1864, Jed. Hotchkiss, Staunton, Va. In pencil on the cover of the report: The pencil changes are those made in No. (2) copy of this report, Jed. Hotchkiss. Staunton, Va., Sept. 30th, 1892.
Accompanied by ms. text. [48] p. ; 27 cm. Bound in brown leather with blue lined paper cover.
Both the atlas and accompanying text are contained in a blue paper envelope.
Reference: LC Civil War maps (2nd ed.), H8

Learn More: The Battle of Monocacy