The largest and last major battle in the Kentucky Campaign, the Battle of Perryville, pitted Gen. Braxton Bragg's Confederate army against Gen. Don Carlos Buell's Union army. While Bragg won the battle tactically, Confederate forces retreated from the battlefield and ended the campaign, leaving Kentucky under Union control for the rest of the war.

The Battle of Perryville ended at nightfall, and the Confederates failed to capture the Dixville Crossroads, a vital intersection for the Union army used at Perryville. On October 8th, Gen. Bragg learned the main body of the Army of Ohio was on the field, poised to attack his army the next morning. Bragg retreated during the night, ending the battle and the campaign.

In conjunction with Gen. Kirby Smith, Gen. Braxton Bragg invaded the Commonwealth of Kentucky in the early fall of 1862. While the Confederate forces saw early success in the battles of Richmond and Munfordville, they ultimately were unable to achieve their larger goal of taking control of the state. By late October, Generals Bragg and Smith’s armies into Tennessee.

On October 7, 1862, the 55,000-man Union Army of the Ohio under the command of General Don Carlos Buell converged on the small crossroads town of Perryville, Kentucky, in three columns. Union forces first skirmished with Confederate cavalry on the Springfield Pike before the fighting continued on Peters Hill as the gray-clad infantry arrived. Based on the intelligence Bragg received from his cavalry, he believed that he faced only a small portion of Gen. Buell’s army, not the main body. Both sides settled in for the coming battle that would decide the fate of Kentucky. 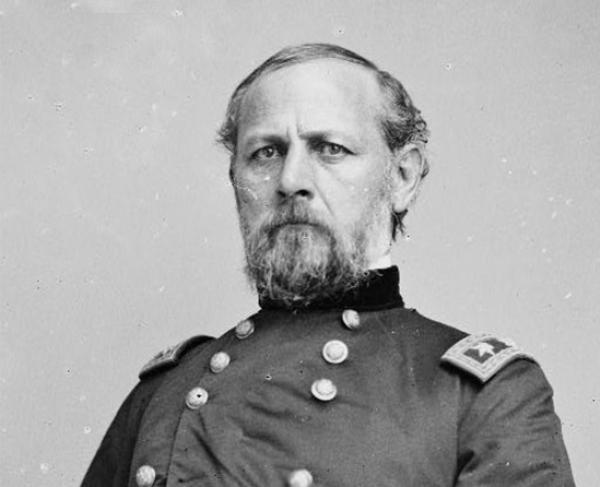 In the early morning hours of October 8, 1862, fighting began around Peters Hill; as a Union division advanced up the pike searching for water, halting just before the Confederate line. Gen. Bragg ordered his army to attack the supposedly isolated Federal force, but it took until noon before the assault got underway. By that point, a new Union Corps arrived on the field further to the Union left, led by Gen. Alexander M. McCook, numbering about 13,000. The Confederates shifted their focus on this isolated corps, believing it was the force they faced early in the morning.

In the afternoon, the Confederate attacks opened up. Bragg planned to commit three divisions. Due to the surprise of the Confederates, the plan worked. Many Federals in McCook’s corps were inexperienced and had only been in the service for less than three months. For over five hours, McCook’s corps struggled to survive.

Meanwhile, the majority of the veteran Federal forces were under orders not to engage because Gen. Don Carlos Buell, only two miles from the main fight, could not hear the battle raging. The acoustic shadow dissipated in the area's rolling hills. In the fighting, the Confederates saw much success all across the battlefield at places like Open Knob, where they captured seven Union cannons, Loomis’s Heights, and the H. P. Bottoms Farm. They managed to push back the Federal corps over a mile from their positions. Eventually, the Union troops were reinforced by two brigades that stabilized their line, which brought the Confederate attack to a halt. Later, a Confederate brigade assaulted the Union force on the Springfield Pike but was repulsed and fell back into Perryville. The Yankees pursued, and skirmishing occurred in the streets in the evening before dark.

After five hours of brutal fighting, on October 8, 1862,  night fell upon the battlefield at Perryville. During the night, word finally reached Gen. Bragg of the true nature of what lay before him. Rather than facing a small Federal force, he faced Gen. Buell’s entire army, the majority of which didn't see combat. Weighing his options, Bragg, short of men and supplies, withdrew during the night and, after pausing at Harrodsburg, continued the Confederate retreat by way of Cumberland Gap into East Tennessee. The Confederate offensive was over, and the Federals controlled Kentucky.

1. What was the significance of the Battle of Perryville in the Kentucky Heartland Campaign?

The Battle of Perryville is considered the largest battle fought in the State of Kentucky. After the Confederate defeat, many Southern armies operating in the Commonwealth were forced to retreat. Never again did a Confederate army in the western theater invade the commonwealth.

2. Why did a major battle happen at Perryville, Kentucky?

During the Kentucky Campaign, a severe drought plagued the Commonwealth and caused many streams and creeks to dry up. Because of this, hundreds of soldiers suffered from dehydration. When the Confederate army found water in the creeks and streams in and around Perryville, they decided to halt there. The Federal army, also searching for water, found this water source and moved closer to Perryville. Both sides ran into each other on Peters Hill, which had a water source, and skirmishes broke out, resulting in the Battle of Perryville. 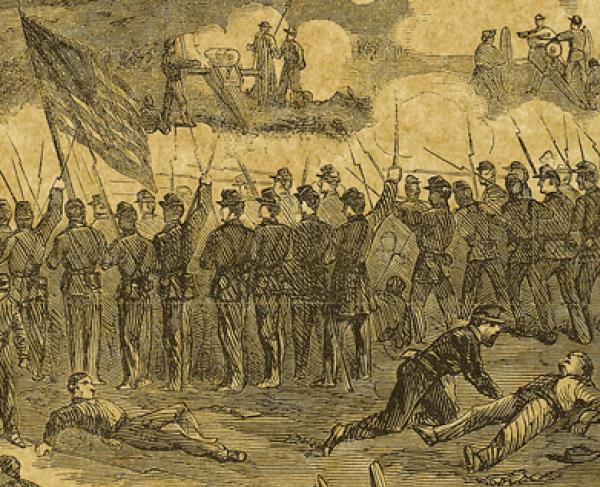 How Well Do You Know the Battle of Perryville? 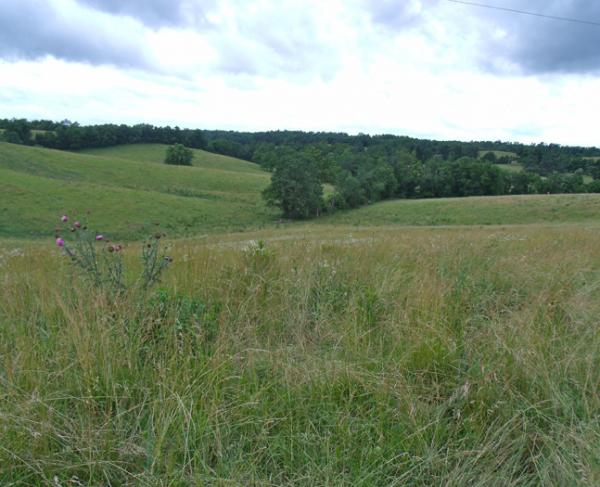 'Literally Covered With the Dead and Dying' 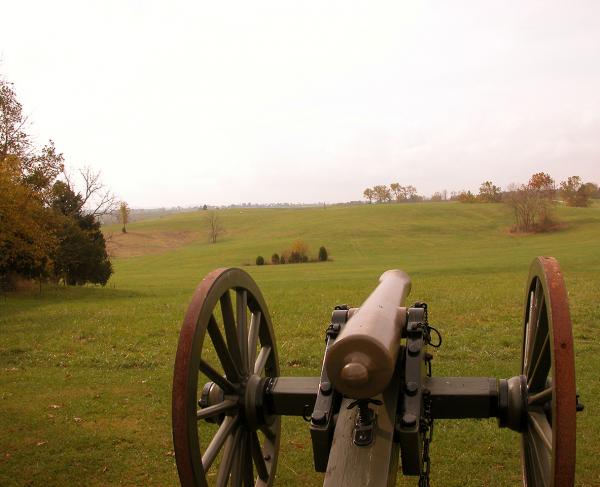 The Battle of Perryville: Then & Now 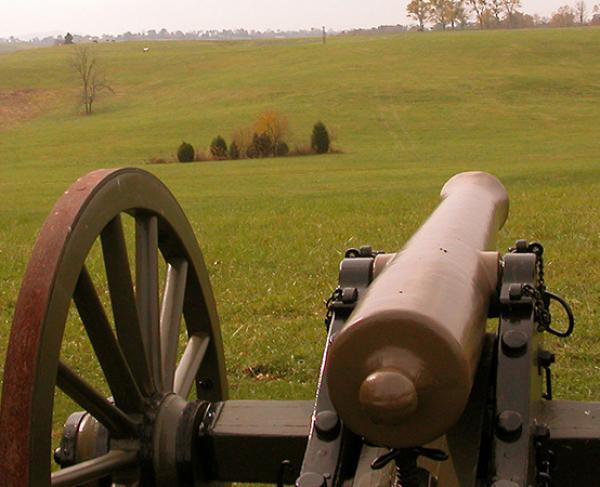 The Long Road Back to Kentucky 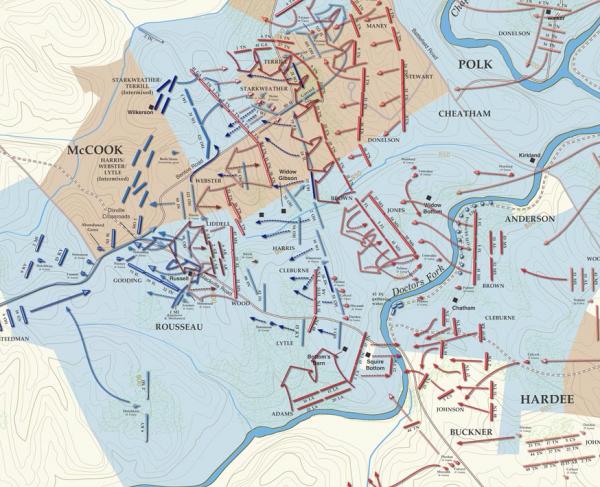 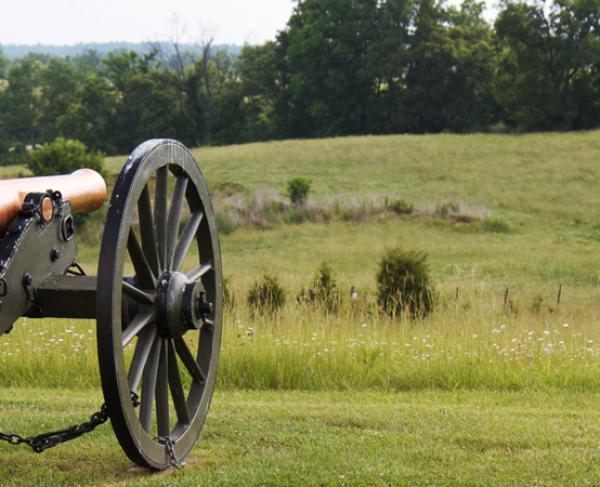 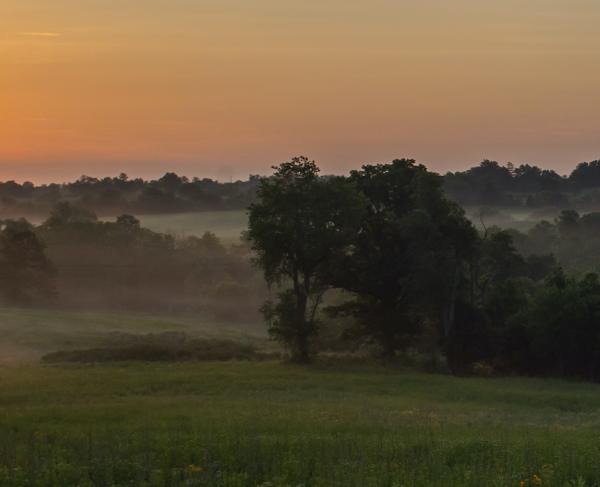