The Land Before the National Park Service Began

100 Years of the National Park Service
By Timothy B. Smith

Created separately and with different purpose from the vast nature preserves of the West, America’s battlefield parks took a long, often circuitous route to full integration into the National Park System.

Today, most Americans with an interest in the Civil War, or other eras of military history, view major battlefields and the National Park Service (NPS) as synonymous. And well they should, because NPS does indeed directly oversee America’s most revered battlegrounds. It is natural to formulate a hierarchy of battlefields and their importance, ranging upward from locally preserved city and county parks to those listed as national historic landmarks or patrolled by rangers in green and gray. While an argument could be made that some state, or even local, parks are actually worthy of federal recognition, it is commonly recognized that the cream of the battlefield crop — in terms of both historic significance and modern management — resides in the National Park Service.

Less known to most Americans is that the current, magnificent affiliation between the battlefields and the National Park Service was not always the case. In fact, about half of the major battlefields in the National Park Service today were well-established before the agency took possession of them, and the five Civil War sites that are arguably the most significant in the system actually predate the creation of the National Park Service itself. As a result, NPS was actually the lucky recipient of decades’ old, well-established parks, rather than the battlefields benefiting from originating within an elite agency with the clout of the National Park Service that we recognize today.
The first federal presence at America’s battlefields came in 1862, in the form of national cemeteries, where those who fell in Civil War combat were buried. After the war, legislation expanded eligible internments beyond immediate battle dead and formalized the process, leading to the establishment of numerous other commemorative burial sites, including the one at Chalmette, La., site of the 1814 Battle of New Orleans — where four veterans from the War of 1812 were ultimately laid to rest among soldiers from later wars. In the 1870s, portions of battlefields from the Indian Wars, including Little Bighorn, were set aside as cemeteries under this model.
The government became involved in battlefield preservation in the modern sense in 1890, when Congress established the Chickamauga & Chattanooga National Military Park. At the time, there was no National Park Service; in fact, there were only a handful of other federal parks, including Yellowstone, Yosemite and Sequoia. Four other battlefield parks also emerged in the 1890s: Antietam, Shiloh, Gettysburg and Vicksburg. Governed by the War Department, these five battlefields offered a very militaristic atmosphere for veterans and military officers studying the lessons of war. It was a “golden age” of preservation, allowing the veterans themselves to preserve these monumental battlefields, something that would never be possible again on so large a scale. As a result, these five are the best-preserved and marked sites visitors can see today.
Unfortunately, a slowdown in battlefield park establishment occurred over the next two decades, as the veterans passed and attention shifted elsewhere. But the original five parks nevertheless remained and prospered under the auspices of the War Department, even as a groundswell of public support led to the establishment of the nature-dominant National Park Service in 1916. Yet, once the battlefield preservation process restarted in the mid 1920s, new battlefield parks — including the first entities associated with the Revolutionary War and the War of 1812 — continued to be placed under the War Department, rather than the new National Park Service. Through the early 1930s, America thus gained significant federal Civil War battlefield parks at Fort Pulaski, Petersburg, Fredericksburg and Spotsylvania, Stones River and Fort Donelson — plus smaller entities at battlefields such as Tupelo, Brices Cross Roads, Kennesaw Mountain and Fort Stevens. Units commemorating other conflicts sprang up at Guilford Courthouse, Fort McHenry, Moores Creek, Cowpens, Fort Necessity, King’s Mountain and Morristown.

Despite numerous calls for it over the agency’s early years, the transfer of battlefield parks into the National Park Service did not occur until 1933. NPS officials Stephen Mather and Horace Albright had long argued for the change, explaining that while the War Department was doing a good job at the time, the National Park Service was the government agency that had expertise in park management and interpretation. These arguments fell on willing ears, as government officials in the 1920s and 1930s realized a changing clientele was now visiting these battlefields, one that was no longer made up primarily of veterans or military officers. A more mobile civilian American public was now visiting these historic sites, and these individuals needed a different kind of experience than that provided by the War Department.

There was also, however, a more selfish reason why Mather and Albright pushed for the transfer. The National Park Service was, in the 1920s and early 1930s, nowhere near the highly recognizable governmental agency we think of today. In fact, it was a fairly insignificant and minor agency struggling for money and limelight. While the National Park Service did oversee some pre-colonial historic sites established mainly under the authority of the Antiquities Act, which itself predated the National Park Service by 10 years, the NPS was primarily a nature-centric agency. Mather and Albright realized the devotion and reverence Americans had for the great battlefields of the Civil War and knew that, if the National Park Service could obtain possession of the battlefields, it would not only push the bureau into the historic side of preservation and interpretation, but also raise the stature of the entire agency.

President Franklin D. Roosevelt was receptive to the idea, especially after a Sunday ride out into Virginia, when he found himself seated with National Park Service director Horace Albright, who brought up the idea. That Department of the Interior officials were supportive was one thing, but War Department leaders were also pushing the idea, and that sealed the action. Military officials realized recreational governance of past battlefields was not exactly in line with their critical duties, meaning the parks became further and further buried in the bureaucracy of the War Department, as no one in the military seemed to want them. A consensus reached, Roosevelt issued the necessary executive order during the summer of 1933; with the stroke of his pen, 10 major battlefields and numerous other smaller sites resided within the National Park Service.

It was a steep learning curve for the Park Service to interpret and educate about historic events, but the agency swiftly set up a historic section to oversee the battlefields. NPS soon had the sites revamped (with the aid of numerous New Deal dollars and workers through programs like the Civilian Conservation Corps) and ready for the new breed of battlefield visitors. And over the ensuing decades, many more major battlefields — Saratoga, Richmond, Fort Sumter, Harpers Ferry, Lexington and Concord, Pea Ridge and Wilson’s Creek, among others — were also added to the “cannonball circuit.” After a major downturn in preservation activity in the fiscally conservative 1970s and 1980s, more new federal parks have begun to appear as well, such as those at Glorietta Pass and Cedar Creek.

As the principle steward of America’s battlefield and other significant historic sites, the Park Service has become a leading force in historic preservation and archaeology, as well as promoting the principles of heritage tourism through initiatives like national heritage areas. Although the deep association between historic batlefields and the National Park Service does not extend as far back as most people believe, their marriage created one of the world’s outstanding partnerships of historic preservation that all Americans can look upon with pride. 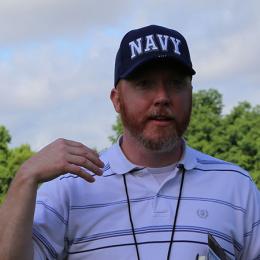