The city of Baltimore, Maryland, played a critical role in the War of 1812 and was shaped by the war in return. Learn more about Baltimore during this important event of the early republic.

Fact #1: Baltimore was an up-and-coming city in the United States at the time of the War of 1812, bolstered by trading and a prosperous shipbuilding industry.

By 1812, Baltimore was the third-largest city in the US, boasting more than 47,000 residents. Its industries were booming. The trade of tobacco and grain was incredibly prosperous, especially with the construction of the National Road to the Ohio River Valley in 1806. Shipbuilders in Baltimore, many of them both free and enslaved Black men, built some of the most maneuverable and fastest ships currently on the water. 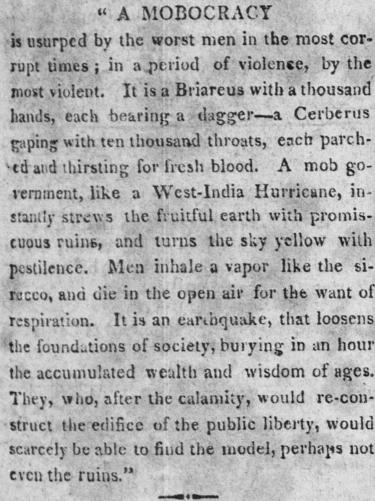 A clipping from the Alexandria Daily Gazette condemning the "mobocracy" in Baltimore in the wake of the attack on the Federalist newspaper, August 1, 1812. Library of Congress

Fact #2: When the War of 1812 broke out, Baltimore became a staunchly pro-war, anti-British city.

The majority of the population of Baltimore at this time was Democratic-Republican, the party that favored the war. Many of the residents were immigrants, many of whom had emigrated to escape British rule, were highly resentful of the British. These feelings reached a boiling point in the summer of 1812, just months after Congress’s declaration of war, when pro-war crowds repeatedly attacked a Federalist, anti-war newspaper’s office, resulting in the paper’s staff being savagely beaten. Revolutionary War hero “Light Horse Harry” Lee was one of the victims of the mob violence. This incident caused Baltimore to gain the epithet “the Paris of America,” for the reign of terror its despotic mobs created

Fact #3: Both the geography and economy of Baltimore made it a strategically important location during the war.

Baltimore’s location on the Patapsco River, with access to the Chesapeake Bay and Atlantic Ocean, as well as its well-protected, deep harbor, made it the center of quasi-official American naval activity – privateering – during the war. Its shipbuilding industry was also crucial to the American war effort, and a British blow to it could cripple American naval activity.

Fact #4: Nowhere along the East Coast of the U.S. was privateering more rampant and encouraged than in Baltimore.

When war broke out, the American Navy was desperately outnumbered and outclassed by the Royal Navy. The Navy then turned to private sailors and merchants to supplement their war effort. Those who wished to make a profit from capturing enemy vessels were given licenses or letters-of-marque. These now-militarized traders and sailors now sailed with the express aim of harassing and capturing enemy trading vessels. Baltimore became the center of American privateering action during the war.

Fact #5: The British targeted Baltimore partially because of its role in privateering. 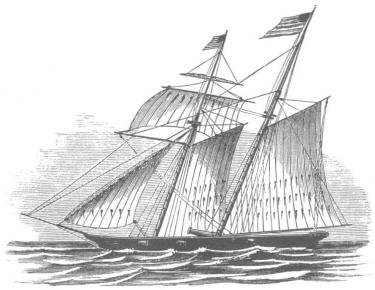 A drawing of a Baltimore clipper. Wikimedia Commons

The Baltimore privateers were immensely successful. The “Baltimore clipper” was primarily used by privateers and was known as one of the quickest ships in the world. One hundred and twenty two vessels made up the Baltimore privateer fleet and, by the war’s end, these ships would cost 16 million dollars of damage to the British and capture about a third of all British vessels captured. For good reason, the British dubbed Baltimore a “nest of pirates.” One British naval officer even commented, “I do not like to contemplate scenes of blood and destruction but my heart is deeply interested in the coercion of these Baltimore heroes, who are perhaps the most inveterate against us of all the Yankees.”

Fact #6: The construction of defenses around the city by residents was crucial to its defense in 1814.

Early on in the war, Baltimore was recognized as a primary target for the British if they were to target the Chesapeake Bay. Maryland Governor Levin Winder ordered Maj. Gen. Samuel Smith of the Maryland Militia to prepare Baltimore’s defenses, more than a year before British soldiers landed in Maryland. The harbor was fortified by chains and sunken hulls, and additional, more powerful guns were placed at Fort McHenry, which was under the command of Maj. George Armistead, uncle of the famous Civil War general Lewis Armistead. Citizens of Baltimore then constructed a two-and-a-half mile long redoubt, named Hampstead Hill with a hundred cannons, that guarded the eastern approach to the city. The local militia drilled regularly in preparation for the inevitable. 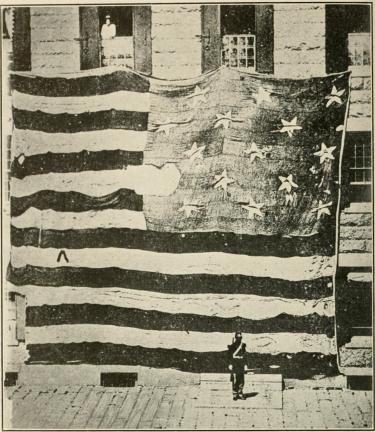 A photograph taken in 1873 by George Henry Preble of the flag that flew over Fort McHenry on the morning of September 14, 1814. Wikimedia Commons

Fact #7: The Battle of Baltimore was composed of three parts: the Battle of North Point, five miles east of the city; fighting at Hampstead Hill; and the bombardment of Fort McHenry by the British fleet in the harbor.

After the British routed American forces at the Battle of Bladensburg and burned the capital of Washington to the ground, British Maj. Gen. Robert Ross turned north to Baltimore. On the first day, September 12, 1814, British troops encountered resistance by the 3,000 Maryland militiamen under Gen. John Stricker, whose goal was to delay the British forces in time for Baltimore’s defenses to be completed. Stricker and his men would inflict heavy casualties on the larger British force, including Ross. But soon the Americans were forced to retreat back into Baltimore. The next day, on September 13, the British attacked Hampstead Hill. This hastily constructed redoubt was much stronger than the British expected, and commanders decided against a frontal assault against the fortifications. Instead, early on September 14, the British fleet began to bombard Fort McHenry, an assault that lasted for more than 25 hours. The fort sustained minor damage due to the new fortifications, and the British soon withdrew after it was clear the Marylanders would not yield.

Fact #8: The Battle of Baltimore effectively ended the British invasion of the Chesapeake Bay.

The British soon withdrew from the Chesapeake and decided to attack the U.S. from the South. This next and final British assault would culminate with the Battle of New Orleans and the end of the war.

Fact #9: The "Star-Spangled Banner" was originally penned in Baltimore Harbor in the aftermath of the Battle of Baltimore.

A year before the war, Baltimore flag-maker Mary Pickersgill was commissioned to create an oversized American flag for use in Fort McHenry. She completed this work with the help of her daughter, her nieces, a free African American apprentice, and her mother. The flag contained more than 400 yards of fabric, with 15 stripes and 15 stars for each current state in the Union. Every morning afterwards, this flag was raised during reveille, even on the morning of September 14, after more than a day of bombardment. Washington lawyer Francis Scott Key was aboard a British truce ship negotiating the release of American prisoners. He saw Pickersgill’s flag flying over Fort McHenry and was inspired to write the “Defence of Fort M’Henry,” the poem that would eventually be set to the tune “To Anacreon in Heaven” and adopted as the United States’ national anthem. 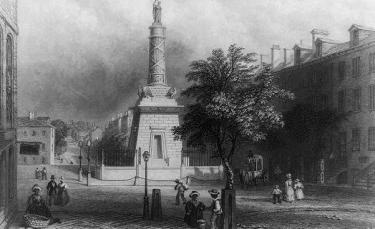 An 1838 engraving of a view of the Battle Monument. Library of Congress

Fact #10: The legacy of the War of 1812 is important to Baltimore's growth as a city in the 19th century and beyond.

The Battle Monument, erected in 1815, was designed to commemorate the Battle of Baltimore and the city’s role in the War of 1812. This was the first public war memorial in the US and the first to honor common soldiers. This monument would become the city’s official emblem and is on the city’s seal to this day. The Battle Monument, along with the first monument to honor George Washington, gave Baltimore the nickname “The Monumental City.” The “Star-Spangled Banner” persists as our nation’s national anthem. 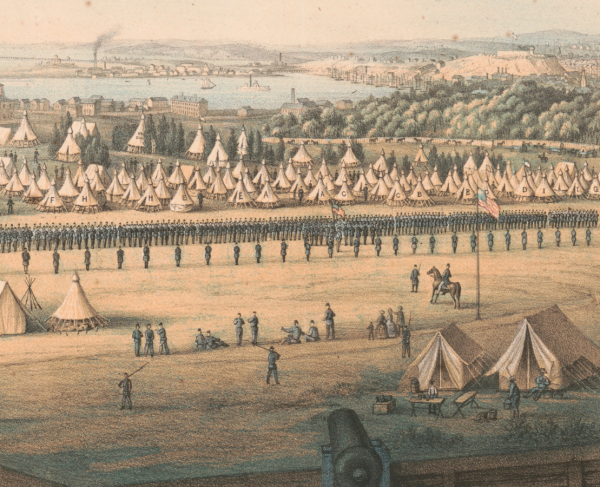 The War of 1812
Let it Rain Militia: The Critical Battle for the Chesapeake
North Point - September 12, 1814
Francis Scott Key