Saved: 226 Acres Across Two Battlefields in the East and Two in the West | American Battlefield Trust Skip to main content
SHARE:

Saved: 226 Acres Across Two Battlefields in the East and Two in the West

In its most recent victory, the American Battlefield Trust preserved 226 acres across four Civil War battlefields, two in the Eastern Theater and two in the Western Theater. This acreage encompasses the protection of 101 acres at Reams Station and nearly three acres at Peebles Farm and Petersburg in Virginia, as well as 120 acres at Jackson (Salem Cemetery) in Tennessee, and two acres at Champion Hill in Mississippi.

With numerous partners stepping up to recognize the grand opportunity to save crucial chapters of American history, the Trust called on its unwavering members to carry the multi-part preservation effort across the finish line. Each donation was matched at an outstanding rate of $7.48-to-$1.

The 120-acre property at the Jackson Battlefield, or Salem Cemetery, marks the organization’s first preservation success at this western Tennessee site. It was there, on December 19, 1862, where two Union infantry regiments repulsed a Confederate mounted attack led by Gen. Nathan Bedford Forrest’s men — a strategic distraction that allowed Forrest to destroy a section of railroad to the north. At first thought, the battle seems minimal in scope, but it exemplifies the clever tactics that frequented the Western Theater of war. Its significance was recognized, as the project received support from the American Battlefield Protection Program (ABPP) and was furthermore funded under a grant from the Tennessee Civil War Sites Preservation Fund, administered by the Tennessee Historical Commission.

Also in the Western Theater, the two newly saved acres at Champion Hill bring the Trust’s cumulative efforts at the Magnolia State site to almost 869 acres. The largest battle of Gen. Ulysses Grant’s Vicksburg Campaign, the May 16, 1863, Battle of Champion Hill — coupled with the next day’s battle at Big Black River — forced the Confederates into an unfortunate position inside the fortifications of Vicksburg. To save this hallowed ground, the Trust was aided by ABPP and the Mississippi Department of Archives and History.

Turning eastward, both Virginia properties are tied to the Petersburg Campaign, a series of complex actions set forth by Grant and the Union army, that spanned some 10 months and hundreds of square miles. The 101-acre property at Reams Station bears within it the hefty defeat felt by Gen. Winfield S. Hancock's II Corps on August 25, 1864, and was saved through the generosity of Trust members and a gift from the HTR Foundation, as well as matching grants from ABPP and the Virginia Battlefield Preservation Fund (VBPF). At nearly three acres, the other Old Dominion property is twice hallowed, having seen action on September 30 – October 2, 1864, during the Battle of Peebles’ Farm, and April 2, 1865, with The Breakthrough at Petersburg. This land ultimately witnessed the end of the nine-month Siege of Petersburg, which led to the collapse of Lee’s defensive lines and the fall of nearby Richmond, capital of the Confederacy. The Trust acquired this storied site through the support of ABPP.

As the Trust looks to expand its impact, this extensive project captures just how effective the organization is creating and building partnerships — in addition to diversifying its portfolio of preservation success stories. 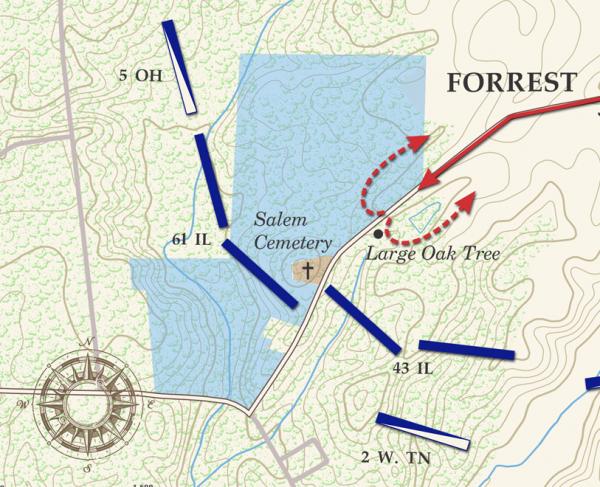 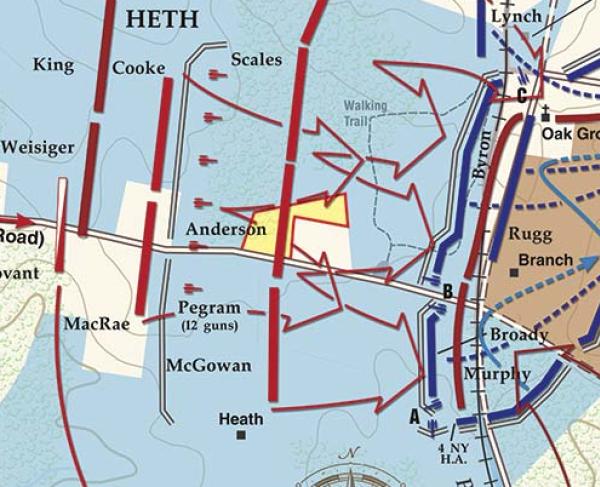 BATTLE MAP | American Battlefield Trust’s map of the Second and Third Assaults at the Battle of Reams Station on August 25, 1864 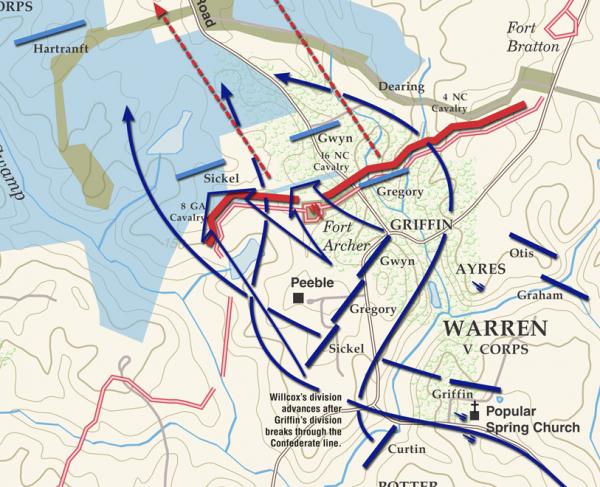