In late December of 1780 or early January 1781, British Lieutenant Colonel John Watson Tadwell Watson ordered the construction of a fort to help defend the British supply line from Charles Town (modern day Charleston, SC) to Camden, South Carolina. He chose to build this fort on top of an old Santee Indian Burial and Ceremonial Mound that had been abandoned by the Santee as their numbers dwindled from diseases brought by the Spanish.

British Lieutenant James McKay commanded 114 men at Fort Watson, a mixture of regulars and loyalists, which sat on a height of about thirty feet overlooking the Santee River and Camden Road from Nelson’s Ferry. Despite it being only about twenty yards on each side, three rows of abatis surrounded the flanks at the base. Abatis are sharpened logs and branches that are roped together to form a barrier that is difficult for opposing infantry to cross. Trees within rifle range had been cut down to truncated stubs to remove cover. The 64th Regiment and Provincial light infantry had supplies and dug a well inside the stockade, though the garrison relied on fresh water from the nearby Scott’s Lake. The fortifications proved to be effective when American Major General Thomas Sumter failed to capture the fort in February 1781.

Following the Battle of Guilford Courthouse, American Lt. Colonel Henry Lee’s Legion was ordered to shadow British General Lord Cornwallis’s army as it limped to Wilmington, North Carolina. American Major General Nathanael Greene’s army continued to pursue Cornwallis as well. Upon discovering Cornwallis had no intention of returning south, Greene ordered Lee, who  was reinforced with the 1st North Carolina Continental Regiment, to return to South Carolina and join up with Brigadier General Francis Marion’s forces outside of Charleston. The two commanders met and combined their forces on April 14, 1781, with their first target, Fort Watson, in sight. Lee was low on ammunition and supplies, and capturing these needed stores from British supply depots would prove doubly effective in reequipping his solders while disrupting the British supply lines. Marion, quickly becoming known as the Swamp Fox for his cunning tenacity to fight, had already staked a claim in destroying British Lt. Col. Watson’s small forces. Removing a garrison named after him would be the first step of dealing such a humiliating blow. Lee’s Legion and infantry forces totaled about 300 strong while Marion boasted a militia force of about only 80. Small as they were, it provided the force the ability to move quickly. On April 15, they approached Fort Watson and demanded McKay surrender. The officer politely declined and taunted the Americans to ‘come and take it.’

“There are forty of the principal Torys enclosed in the works. Their captivity would be attended with happy consequences to our distressed friends between the Santee and PeDee,” Lee wrote to Greene. The first plan of attack on Fort Watson began by cutting off British access to the ox bow Scott’s Lake water supply and the nearby river, but they soon discovered the British had their well within the stockade. The Americans had no artillery, so there was no way to easily cause the surrender of the fort. If they had cannon, Lee wrote to Greene, “This post could be reduced in five moments” and other installations “would share the same fate.” Greene sent a single field piece but the soldiers got lost on their travels and never made it to Fort Watson. Smallpox also hit Marion’s camp, who weren’t inoculated like Lee’s continentals, leading Marion to issue hallow threats to deserters. The Americans were without the proper siege materials and lacked the tools to dig trenches and their own fortifications. Running low on ammunition, the morale among the soldiers, and their commanding officers, began to wane. Marion dealt with whispers of his inability to command his forces while Lee wondered what would become of their short-lived affair. As the siege continued into nearly a week, a breakthrough finally presented itself.

Lieutenant Colonel Hezekiah Maham suggested the construction of a tall, oblong tower, higher than the enemy’s rampart. The fort sat on the mound about twenty-two feet above the surrounding ground with a constructed wall of seven feet; therefore, the siege tower would have to be over thirty feet tall to have the desired impact of placing sharpshooters above the walls. The front of the tower would be reinforced with shields of spliced timber. Having nothing to show for their six days surrounding the fort, the troops were ordered to seize every axe and cutting tool from nearby plantations that they could get their hands on, and work began at once on Maham’s Tower. Felled and notched trees were brought together out of view of the British and assembled during the night of April 22. The logs were fastened across each other until the tower rose to the desired thirty feet and was placed within a short distance of the fort. At dawn, with a detachment of Maryland Continentals providing cover fire behind a stack of logs under the tower, the select riflemen climbed into the crow’s nest and unloaded musket fire into the fort. The fort’s postmen tried to hide behind a makeshift ditch to no avail. While two Americans were mortally wounded in the firing, Lieutenant McKay was shot. McKay and his men crawled around trying to avoid the sharpshooters in the tower. This enabled the patriots to send volunteers rushing forward and begin tearing down the abatis with their axes. McKay saw the men of the assault parties ready to storm the fort, and upon hearing Marion once again offer terms of surrender, the British officer capitulated.

“A party of riflemen, being ready, took post in the Maham tower the moment it was completed; and a detachment of musketry, under the cover of the riflemen, moved to make a lodgment in the enemy’s ditch, supported by the legion infantry with fixed bayonets. Such was the effect of the fire from the riflemen, having thorough command of every part of the fort, from the relative supereminence of the tower, that every attempt to resist the lodgment was crushed. The commandant, finding every resource cut off, hung out the white flag,” wrote Lee in his memoirs. The fort was taken on April 23 and subsequently destroyed, with the capture of five officers, seventy-three regulars, and thirty-six loyalists.

In the following days, Lee wrote to Greene of the impressive turn of events, and his impressions of Marion. Lee requested to be under Marion’s command “in some degree.”  That would “please” Marion, whom he now sensed was a worthy commanding officer. Greene responded by allowing them to work together when practicable but did not formally place Lee under Marion. The two American commanders would continue their exploits together in the weeks ahead.

On April 24, Greene wrote Marion praising, “When I consider how much you have done and suffered, and under what disadvantage you have maintained your ground, I am at a loss which to admire most, your courage and fortitude, or your address and management…History affords no instance wherein an officer has kept possession of a Country under so many disadvantages as you have; surrounded on every side with a superior force…To fight the enemy bravely with a prospect of victory is nothing; but to fight with intrepidity under the constant impression of a defeat, and inspire irregular troops to do it, is a talent peculiar to yourself.”

The current site of Fort Watson is the former Native American burial hill known as the Santee Hill Mount. While there is no trace of the former British garrison, the significance of the site and the brief siege allows students and visitors to understand how vital the several outposts were to the British maintaining control over the Santee River Valley north of Charleston. It also tells the story of a siege tower, something we often associate with ancient warfare, as an effective tool of warfare in modern times. With Fort Watson being the first of these garrisons to fall in 1781, we now have a clear picture of the American movements to single-handedly remove these threats, many of which were carried out by the teamwork of Francis Marion and Henry Lee. 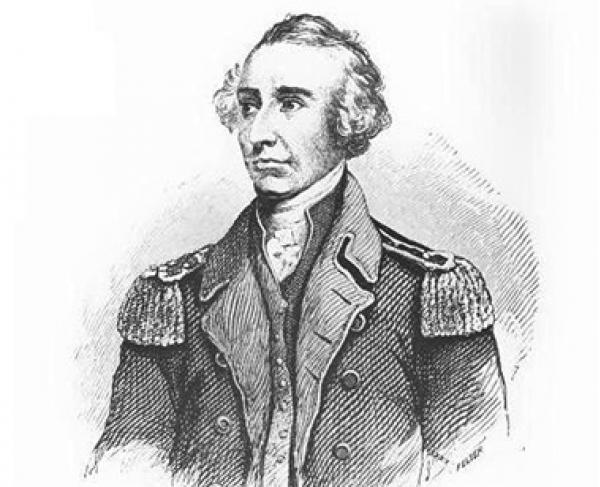 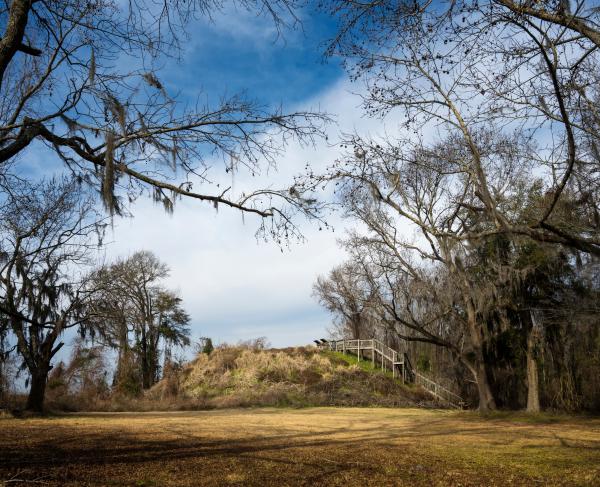 Located in the Santee National Wildlife Refuge near the Wrights Bluff Nature Trailhead, the Santee Indian Mound was the site of an American siege of...
Details and Itineraries »