The Battle of Quebec occurred as part of a failed American attempt to invade Canada and rally French-Canadian support for the Patriot movement against the British. Limited troops, illness, and disorganization on the Patriot side contributed to a British victory on December 31, 1775.

British victory.  Due to Quebec’s strong fortifications, most American forces were forced to retreat before entering the city limits. The American militia that made it into the city found themselves disorganized as a blizzard impaired their visibility. Because of these circumstances, the Patriots were forced to retreat. Although Benedict Arnold attempted to lay siege to the city after the defeat, the arrival of British reinforcements ended the American campaign for Canada.

After the Americans had successfully captured Fort Ticonderoga on May 10, 1775, Patriot commanders, including Gen. Phillip Schuyler, gained confidence in the strength of the American forces. With faith in the Continental army, Schuyler made plans to invade Canada in order to rally support among French-Canadians for the American cause. Quebec was held by British Gen. Guy Carleton, who acted as both provincial Governor and commander of the British troops.

The initial American efforts to invade Canada began in September 1775, when Ethan Allen and his “Green Mountain Boys“ attempted to capture Montreal. With a force of only 100 militia, Allen’s men were defeated, and Allen was imprisoned. In addition to this failed attempt, Gen. Schuyler, who was also meant to lead his army into Montreal, fell ill and was forced to delegate the invasion to Gen. Richard Montgomery. Although the preceding circumstances were demoralizing, Montgomery successfully captured Montreal on November 13, 1775. Following this success, the Patriot forces turned their attention towards invading Quebec.

After seeing American success in Montreal and other areas of Canada, Quebec Governor, Gen. Guy Carleton, began fortifying the defenses of his city and building up his militia in preparation for the inevitable incoming American attack. Meanwhile, Gen. Montgomery turned his victorious army north towards Quebec, targeting the western region of the city. At the same time, Gen. Benedict Arnold, who had helped capture Fort Ticonderoga months earlier, moved his army around New England, planning to move in on the eastern region of Quebec. Working together, Montgomery and Arnold planned to surround Quebec on either side. However, when the two Patriot forces met, their combined numbers only totaled about 1,000 troops - fewer than the British, who had amassed greater numbers in defense.

The Americans were camped outside of the city by early December 1775, trying to lay siege to the city and force a British surrender; however, Gen. Carleton refused to comply. In the meantime, encamped Patriot forces were freezing in the harsh winter conditions and were unable to dig trenches because the ground was too frozen. Conditions worsened when an outbreak of smallpox plagued both American armies. Because of starvation, freezing temperatures and disease, the strength of the Patriot forces was compromised.  In addition, the American assumption that they would find support from French-Canadians was proven wrong when these potential allies joined forces with the British. Despite these threatening conditions, the Americans prepared to attack Quebec. 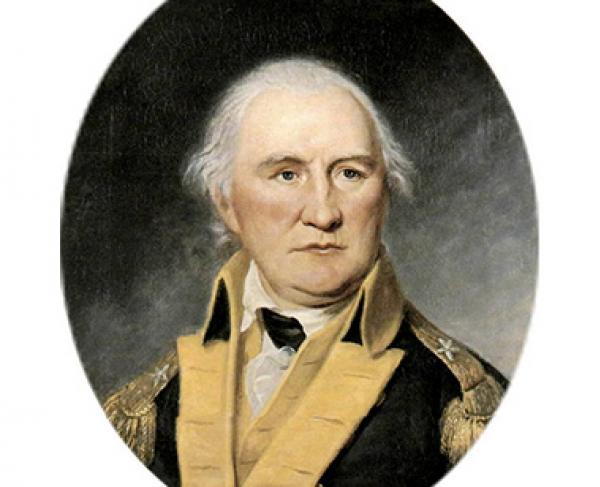 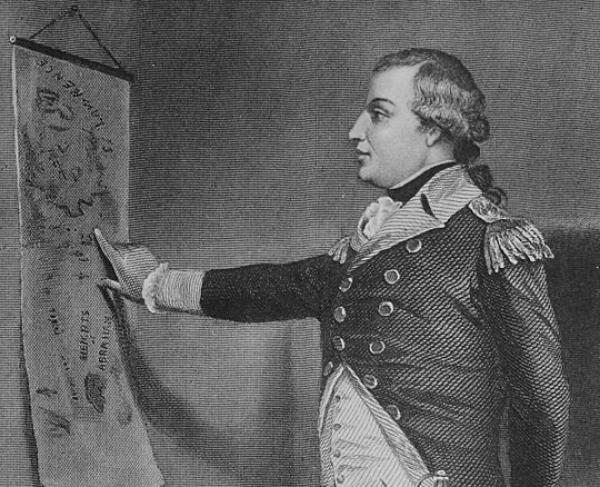 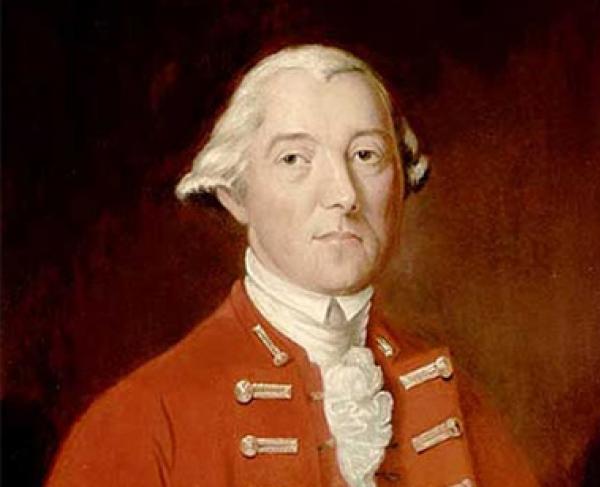 On December 31, 1775, Gen. Montgomery led the first attack on the fortified city of Quebec by moving around the city walls and into the coastal shore areas of the Saint Lawrence River. Along the coastal areas, there were fewer British defenses, leading Montgomery to believe that it would be an easier access point into the city. Although a blizzard had begun the night prior, the Patriots moved forward, operating with significantly decreased visibility. In order to coordinate the attack between the Patriot armies on either side of the city, Montgomery’s men were tasked to shoot rockets into the air as a means of communicating to Arnold’s militia that it was time to invade. However, as the attack began, disorganization and disorientation ensued, with American militia getting lost in the blizzard.

As Montgomery’s men pushed forward toward the city, Canadian militia caught sight of the lanterns guiding the Continentals and opened fire. The opposing sides were in close range at this point, and a grapeshot from the Canadian fortress killed Gen. Montgomery and others in his group. After seeing their commander fall, some Continentals, began to flee, while others continued the attack. Despite their best intentions, these remaining devoted men from Montgomery’s militia were eventually forced to retreat when they could not breach the defenses of the city.

Meanwhile, General Arnold and his men were not having much success in their efforts either. Arnold had moved his militia to attack the north side of the city; however, his movements were detected, and incessant musket and cannon fire rained down on his men from the tops of the city walls. Because of the height of the city walls, Arnold and his men could not effectively return the gunfire. Eventually, the Patriots successfully breached the fortress and began flooding into the city. Unfortunately, during the assault, Arnold was shot in the leg and forced to retreat. In his absence, Gen. Daniel Morgan took command and the Patriots moved into the city from the north, moving towards the previously agreed upon meeting point with Montgomery’s army. Once there, Arnold's men realized they were fighting without backup when Montgomery’s troops failed to arrive. Gen. Carleton took advantage of the Patriot confusion and reorganized his defenders into an attack force.

General Morgan led his men through the unfamiliar streets of Quebec until they were met by the reorganized British forces. The two forces met at close range and began fighting in the street. Many of the American guns ran out of ammunition, or were rendered useless by the weather, leaving the Patriots to fight a losing battle. Finally, at around 9 am, General Morgan and over 400 Americans surrendered and were taken prisoner by the British.

The American advances had failed, and the British were victorious in the battle for the city of Quebec. Gen. Arnold reorganized the surviving militia into an encirclement of the city and laid siege. However, in preparation for the American attacks, Gov. Carleton had already stored ample supplies for the city that would last for months. During the siege, disease and the harsh winter weakened Arnold's forces. Despite their best efforts, the ineffectiveness of the siege coupled with the arrival of British reinforcements forced the Patriots to retreat from the city in May 1776.

The failures at Quebec ended the American campaign in Canada. Not only had the Patriots failed to persuade French-Canadians to join their cause, but they also lost many men in the attempt to do so. Some of the best American leaders and militiamen were injured, killed, and captured in these attempts to invade Canada, combining the defeat with devastating losses for the American army.

1. Why did the American forces attack Quebec under such weather harsh conditions?

Prior to the December 31 attack, the weather was freezing, with significant snowfall, and the Patriot militiamen were exhausted, sick, and starving.  Instead of waiting for better weather, the American forces attacked the city because many soldiers were coming to the end of their year-long enlistments. Many soldiers, especially soldiers within Gen. Montgomery’s troops, were planning on returning home when their enlistment expired.  If the attack didn’t occur on December 31, then the American forces wouldn’t have enough manpower to attack at all.

2. Why did the American stop their campaign into Canada after the failed Battle of Quebec?

The Patriot forces put up a strong fight in their attempts to overtake Canada, seeing success in Montreal, but eventual defeat in Quebec. While the Americans considered further efforts to invade Canada throughout the Revolutionary War, no more attempts took place. The British continued to reinforce and strengthen their defenses in Canada, meaning that a successful American attack would require a significant number of forces and resources. After the victory at Saratoga on October 7, 1777, Congress debated on whether to stage another attack on Canada, but eventually decided against it. When the American Revolution ended, Canada remained a British territory. 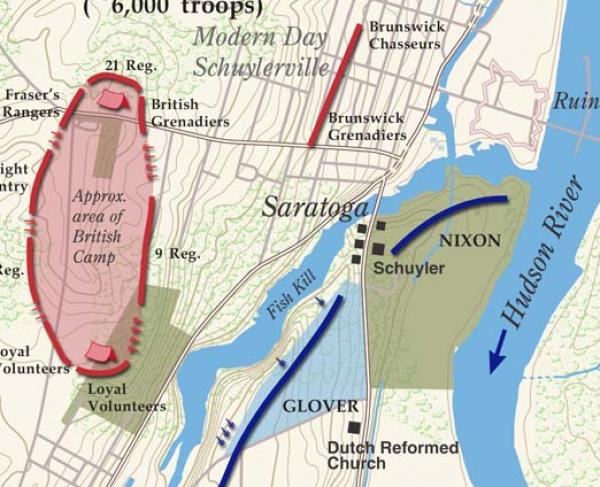