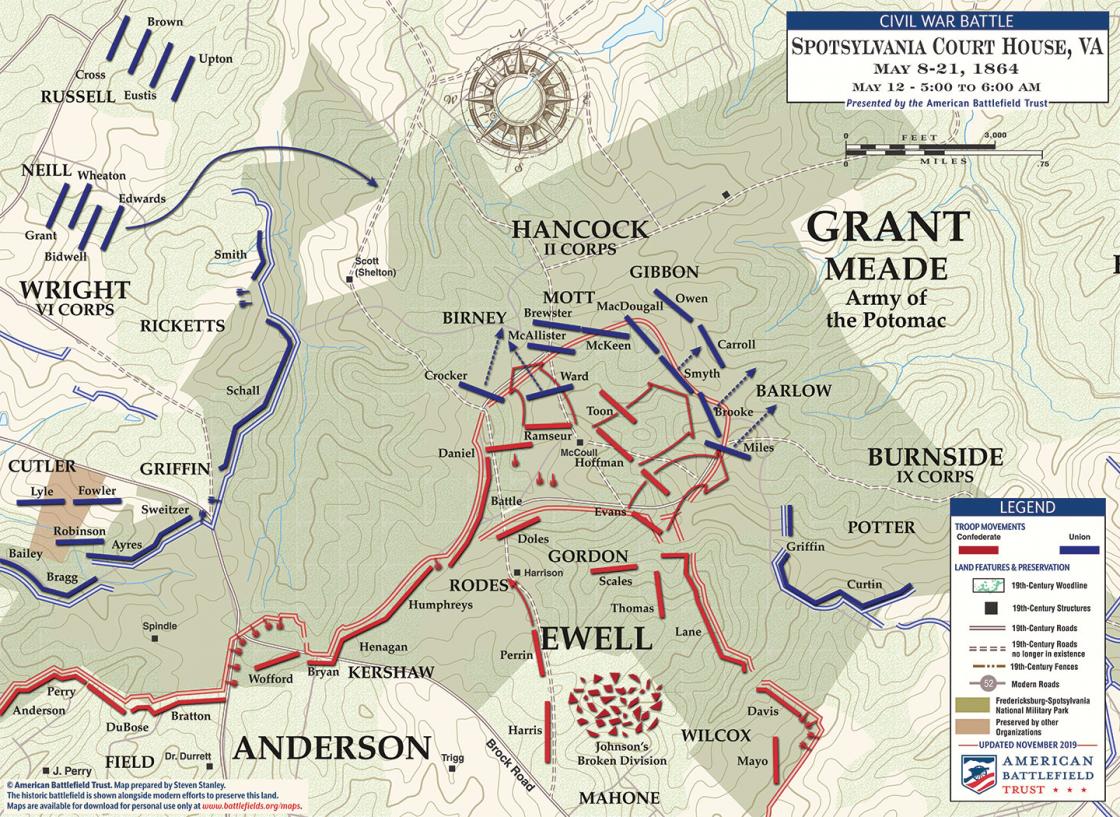 American Battlefield Trust’s map of the Battle of Spotsylvania Court House on May 12, 1864, from 5am to 6am

Following the Union breakthrough of the Confederate Mule Shoe Salient at Spotsylvania Court House, Gen. Robert E. Lee worked feverishly to reestablish his defensive line. This was the second breach of the Rebel line over the last three days, and Lee set about trading lives for time, as his engineers established a new defensive line brimming with fortifications one mile south of the Mule Shoe. This new defensive line eliminated the large bulge created by the salient while shoring up the Confederate position near Spotsylvania Court House.

Meantime, the Federal offensive had reached its zenith. Lieutenant General Ulysses S. Grant ordered an assault along the entire Confederate line, this assault had not come to fruition on the Confederate left. Thus, Lee had a free hand to react to the Federals.

Rather than make counterattacks into the mass of Federals that lodged themselves into an area of the Confederate lines a half-mile deep and three-quarters of a mile wide, Lee worked to strike the edges of the Union lodgement. Georgians, North Carolinians, and Virginians struck the Federals on the left and right of the Mule Shoe. More reinforcements from Alabama and Mississippi were on the way. Lee himself tried to lead a counter-attack, the third counter-attack he attempted to lead over the last week—known as a "Lee to the Rear" incident. The Federals, who by now had lost the momentum and unit cohesion, began giving way. Foot by foot the Confederates retook much of the salient.