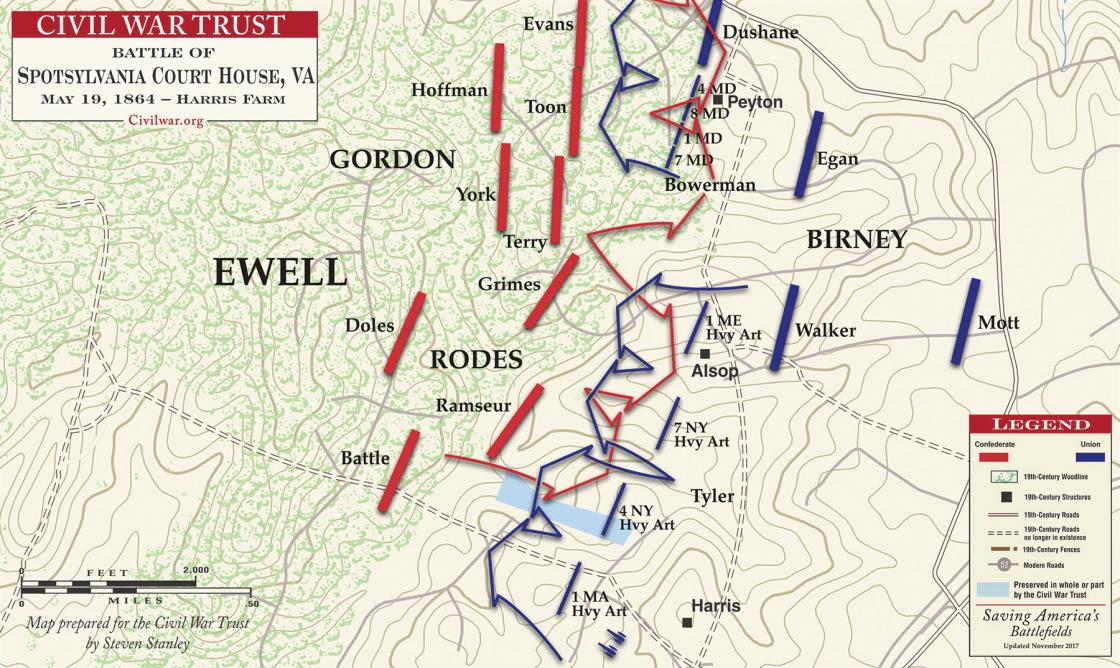 On May 19, Grant ordered Maj. Gen. Winfield Hancock to pull the II Corps back from its position and move to the left to get between Lee’s army and Richmond. The Confederate Second Corps, under the command of Gen. Richard Ewell, moved in pursuit. Ewell’s undersized corps located the Federals near the Harris Farm, two miles away along the Fredericksburg Road (modern Virginia Route 208). Ewell made contact with a brigade of former heavy artillery units under Robert Tyler. The new “Heavies” were men from artillery batteries turned into infantrymen when they were pulled from the defenses of Washington, and each regiment was about the size of a Confederate brigade. Other Union infantry arrived and a fierce skirmish ensued. Poorly positioned and outnumbered, the Confederates looked for a way out, and were relieved when rain and darkness masked their pullback from the Federals grasp. The brief but fierce contest cost Ewell some 1,000 men. The next day, the Federals resumed their movement south toward the North Anna River.