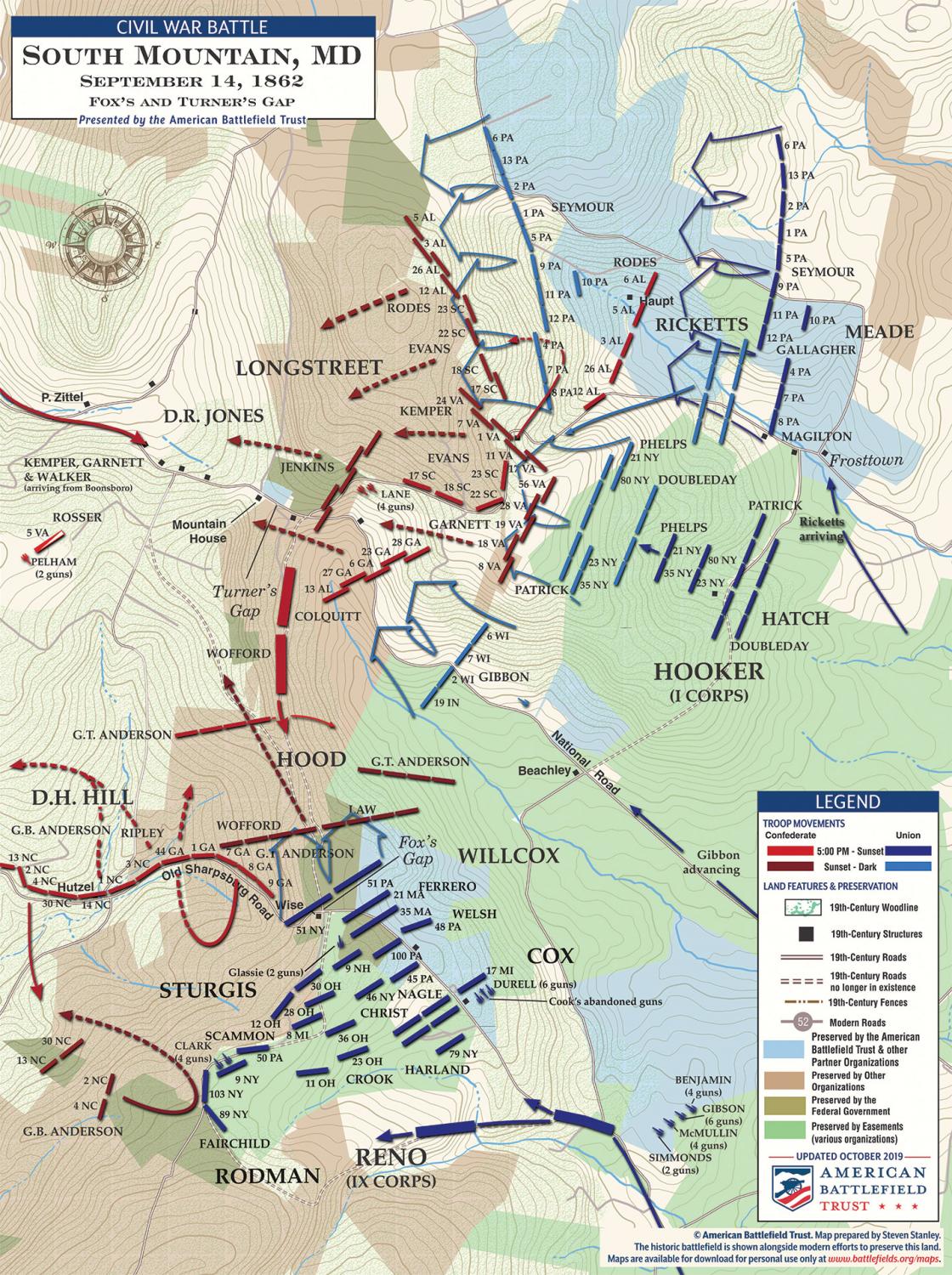 American Battlefield Trust’s map of the evening fighting at Fox's and Turner's Gap at the Battle of South Mountain on September 14, 1862.

Back at Fox’s Gap, the IX Corps mounted a separate effort to seize control of Turner’s Gap but ran into stiff resistance from the Confederate divisions of John B. Hood and D. H. Hill. Casualties mounted, among them IX Corps commander Maj. Gen. Jesse Reno, who was shot down in almost the same spot as Samuel Garland had been that morning. 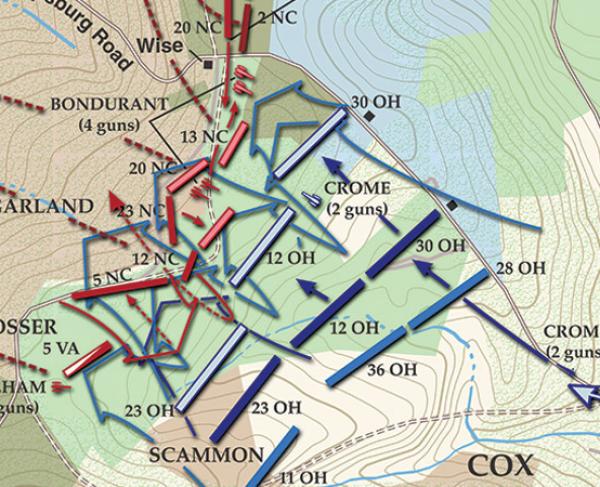 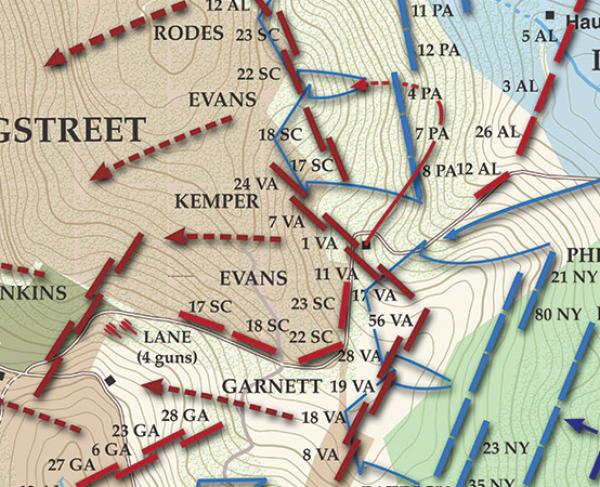