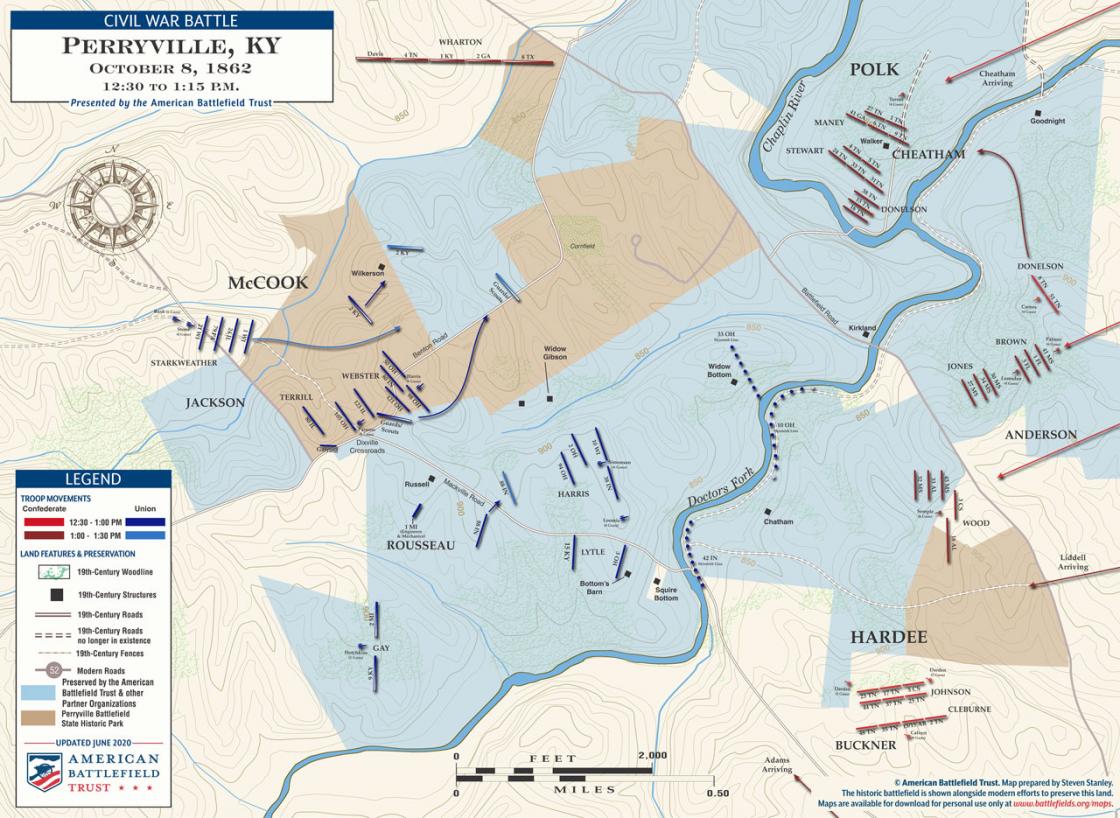 On October 7, Maj. Gen. Don Carlos Buell’s 55,000-man Army of the Ohio converged on the small crossroads town of Perryville, Kentucky. Union cavalry first skirmished with Rebel infantry where the Springfield Pike crossed Bull Run Creek. As more gray-clad infantry arrived, the fighting became more general on Peters Hill further west on the turnpike. Movement and fighting on both sides were hampered by the lack of water in the area; Kentucky was in the midst of the worst drought in years, and the small pools of water in the nearly dry creek beds around Perryville drew both armies to the area. 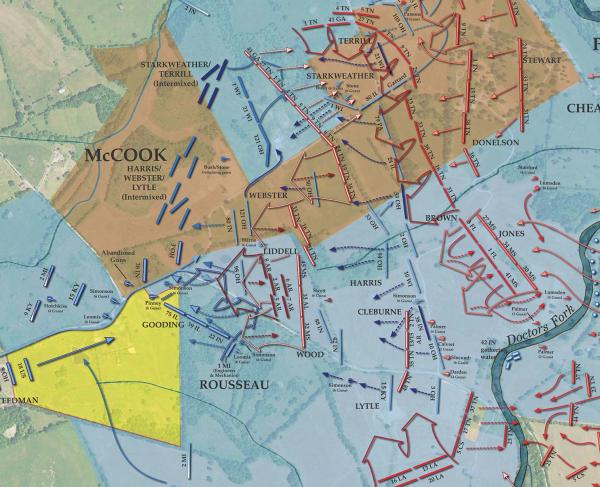 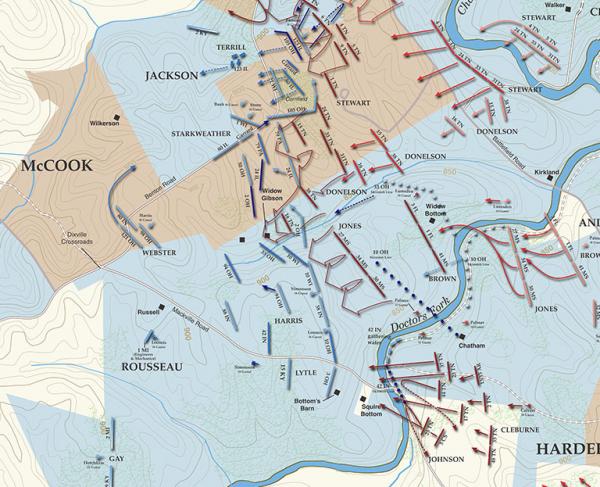