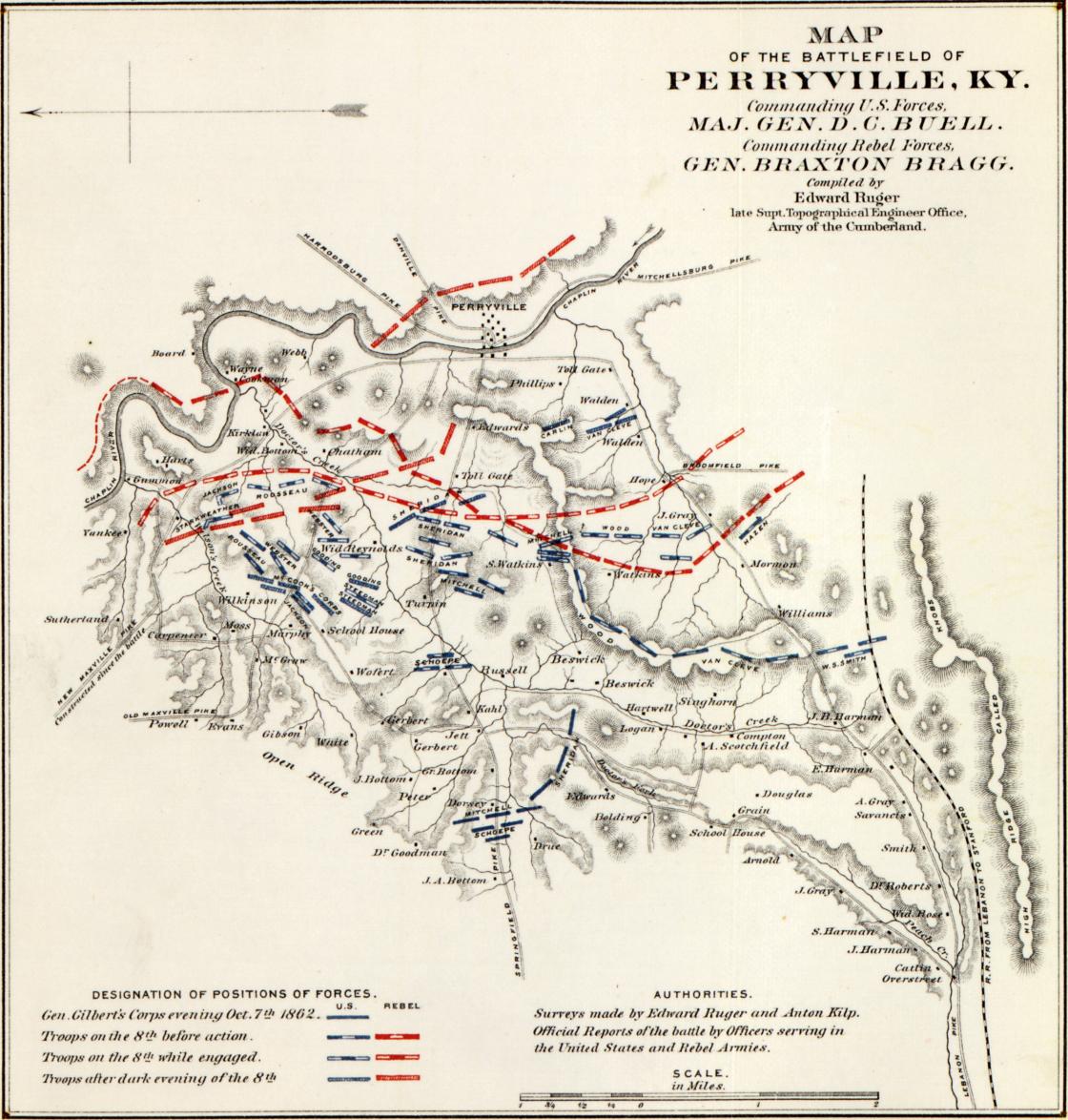 Historical Map of the Battle of Perryville Library of Congress

History of the Army of the Cumberland : its organization, campaigns, and battles, written at the request of Major-General George H. Thomas chiefly from his private military journal and official and other documents furnished by him / by Thomas B. Van Horne ; illustrated with campaign and battle maps, compiled by Edward Ruger.

Relief shown by shading and hachures on some maps. Depths shown by contours on some maps..
The format of this atlas as issued was 3 p. l., 22 col. fold. maps, 23 x 15 cm. The letter press and maps have been mounted and rebound as above.
Atlas accompanies two-volume history by Thomas B. Van Horne.
Reference: LC Civil War maps (2nd ed.), 102
For table of contents see P.L. Phillip's A List of Geographical Atlases in the Library of Congress (Washington, Government Printing Office, 1920) v. 4, no. 4519.
The Geography and Map Division also has separates for plates 2-5, 7-10, 17-19, and 21.
Title and introductory pages affixed on prelim. leaves of atlas.
Includes maps of the battles of Selma, Alabama; Bentonville, North Carolina; Chattanooga, Franklin, Nashville and Stones River, Tennessee; Chickamauga and Atlanta, Georgia; and Perryville, Kentucky.
Description derived from published bibliography.