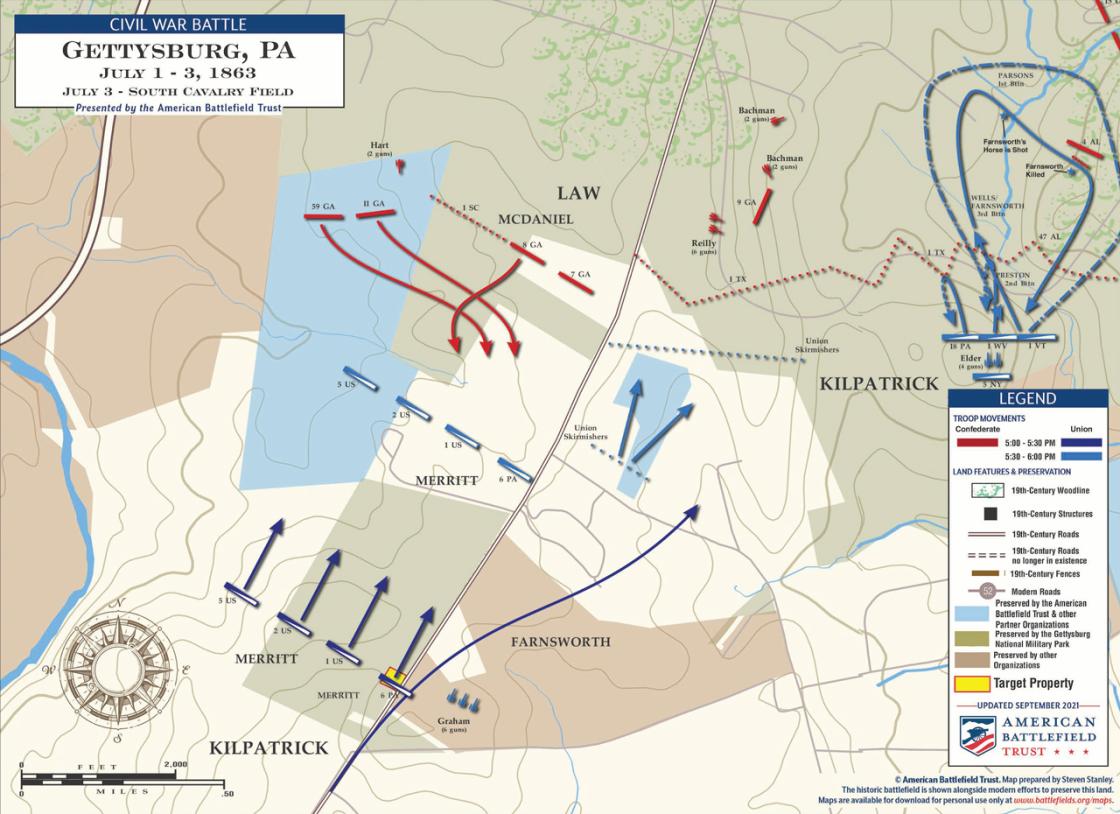 While the Confederate infantry assaulted the Union center on July 3, Federal cavalry commander Gen. Alfred Pleasonton ordered his subordinate on the southern part of the field, Gen. Hugh Judson Kilpatrick to strike the enemy with his division “at the earliest opportunity.” Kilpatrick launched a series of piecemeal attacks against the Confederates astride the Emmitsburg Road and at the foot of Big Round Top.

West of the road, Gen. Wesley Merritt’s brigade met Georgians of Gen. George “Tige” Anderson’s brigade who, despite heavy casualties the day before, were able to parry Merritt’s thrust.

Around the John Slyder farm near Big Round Top, one of Kilpatrick’s brigadiers, Gen. Elon Farnsworth, despaired at having to make a mounted charge over terrain broken by boulders and stone walls. Farnsworth’s charge was met by Alabamians and Texans of Hood’s division, who made quick work of the Federal troopers, killing Farnsworth in the process.