The Natural Fortifications of Gettysburg's Geology
By Timothy H. Smith and Garry Adelman, American Battlefield Trust
Sign up for our quarterly email series highlighting the environmental benefits of battlefield preservation.

From the earliest recorded times, people have gravitated toward the rocky areas of what is now the Gettysburg Battlefield. Native Americans camped and hunted amidst its boulders. Local civilians had pleasure outings and political rallies among the rocks of Spangler’s Spring in the 1840s and 1850s. Escaping slaves are said to have used the boulders along Rock Creek for shelter. A young artist named David Forney climbed atop the tallest boulder in what would become the Slaughter Pen and carved his name into the rock in 1849. Another local man, Emanuel Bushman, who waxed philosophical about the origins of the rocks at Devil’s Den, wrote, “My own opinion is that they were a solid pyramid many hundred feet high … if they were pressed together every one would have its place to fit.” Still other local people used the rocks for more practical purposes, as is evidenced by the substantial quarrying remnants across the battlefield.

Historians have written countless words about the Battle of Gettysburg but one geologist’s take was “the Battle of Gettysburg, was essentially an effort by the Confederate army to drive the Union army” from the outcroppings of the Gettysburg Sill. According to geologists the Sill is a 200-million-year-old formation of York Haven diabase rock a mile wide and 1,800 feet deep. The Sill accounts for the boulder-strewn surface of Devil’s Den, Little Round Top, Culp’s Hill and other places. Ignorant of their mineral composition, Gettysburg citizens simply referred to the rocks as “Gettysburg Granite.”

The soldiers who fought at Gettysburg, however, had a more immediate concern — getting around, though, atop and indeed behind these unmovable objects. Confederates wrote about the boulders on Culp’s Hill and Big Round Top as obstacles to their advance whereas Union troops wrote even more about their defensive properties. As the troops settled in, both sides built stone walls and hid behind whatever rocks were near.

After the battle, many of Gettysburg’s boulders were frozen in time as backdrops for some of the Civil War’s most iconic photographs — dead Confederate soldiers at Devil’s Den and the Rose Farm, fortifications on Little Round Top and large, daunting boulders on Culp’s Hill. More than 100 years later, using their photographs and these diabase formations, historian William A. Frassanito precisely located the camera positions of dozens of views showing death, destruction and remnants of the fighting. By identifying when and where these images were recorded, Frassanito created a new field of study — photographs could now be used as a historical resource instead of as simply illustrations.

Rocks were also used as guideposts for interments and were major impediments to the burial crews — so much so that rocky areas were generally the last places cleared of the dead. Even for the living, the rocks could represent the worst of things. One visitor to the hospital of the Union Second Corps recalled a “black-haired handsome youth of an Alabama regiment.” In his delirium-induced “raving the prominent subject was those ‘awful, awful rocks.’”

The earliest monuments on the Gettysburg Battlefield were rock carvings. By 1865, veterans had carved onto rocks the locations where two officers were shot on Little Round Top. Long after the battle, a North Carolina soldier carved his name into a boulder on Culp’s Hill where he was positioned during the fight. An Alabamian had a former comrade carve his last name, “Ward,” into the rock behind which he hid near Little Round Top. By 1890 the bulk of Gettysburg’s Rock carvings, however, were not related to soldiers but to local citizens who labored to carve their names and initials into the hard, igneous rocks at Gettysburg. The carving became so pervasive the U.S. government commissioned the systematic removal of this “graffiti.” Rocks are scratched with these chisel marks to this day, prompting the oft-heard comment that this was the work of the “Government Chiselers.” Of course the government missed some carvings and some were done thereafter as well. Therefore, old rock carvings can still be found around the battlefield today.

When a rock carving just wouldn’t do, monuments could be made from the rocks themselves. Many of Gettysburg’s memorials, flank markers, monument bases and other park features are made from Gettysburg Granite. Numerous other monuments are made from granite imported from
other states.

As the Gettysburg battlefield grew in popularity, demand for its hard rocks increased, and the use of the rocks for roads, bridges, springs and other projects was not always done in a sensitive manner. The problem, as certain commercial enterprisers came to realize, was that Gettysburg’s rocks were hallowed in the battle, literally stained with soldiers’ blood.

When a battlefield trolley was constructed in the early 1890s, veterans strongly protested the blasting of boulders and desecration of sacred ground. Nonetheless, the Gettysburg Electric Railway became a popular tourist attraction, and small amusement parks soon dotted the landscape near the trolley stops. In building Tipton Park at Devil’s Den, local photographer and businessman William H. Tipton moved or blasted boulders to level his land. He did make more positive use of at least one rock, however, into which he cut a deep trough into which he pumped fresh spring water for his visitors. Spangler’s Spring was walled in with local rock so that visitors could enjoy water from the source used by soldiers on both sides during the battle.

And the exploitation of Gettysburg’s rocks continues to this day. A rock carving at Devil’s Den made by local civilian Park Noel has been used to tell a ghost story of a fictitious Paulina Noel. Another ridiculous ghost yarn warned people that taking rocks from Gettysburg’s Triangular Field would bring bad luck. So warned, readers of this tale then stole rocks from that very field, blamed their misery on the stolen rock and wrote the fable’s publisher of the misfortunes of their illegal actions. To the dismay of geologists and historians, at least one artist claims the ability to identify the effects of artillery fire on particular rocks. Others have consistently tried to use rocks to pinpoint battle actions through vague and generic accounts. Would-be historians state which particular boulder was the temporary resting place of two New York field officers killed at Devil’s Den. Others claim they know the rock on which Fr. William Corby stood to deliver absolution to Union troops before going into battle. Rocks provide a static connection with the past that will be used and misused by people as long as there is a park at Gettysburg.

While rocks have taught us about the Battle of Gettysburg, they still store mysteries waiting to be solved. Gettysburg historians and enthusiasts spend countless hours each year searching for specific rocks like a hunter after his prey. Nobody knows the spots from which sketch artist Alfred Waud drew two pictures on the south end of the battlefield. Nobody knows what happened to a large boulder that appears in 1860s photographs on Culp’s Hill. Nobody has located the rock on which someone carved “Thomas Holston Baltimore” above Spangler’s Spring. And these authors have spent scores of hours (without success) searching for the aforementioned “Ward” inscription dedicated to an Alabama soldier.

But other mysteries are solved each year. There are numerous instances in which William Frassanito, we and other photo historians have located their quarry (no pun intended) and learned something about the battle or battlefield. The authors successfully identified Gettysburg’s legendary “Two Rocks” in 2006. In 2008 Center for Civil War Photography member Tom Danninger located the camera position of an 1867 stereoview that had been labeled “Devil’s Den” but was in fact taken at the Devil’s Kitchen — a rock formation above the Slaughter Pen.

There are very few objects on the battlefield that have a direct and tangible connection with the Battle of Gettysburg. The monuments were not there, and most of the roads were built afterward. There are roughly a dozen wartime farmhouses and a few scattered trees that stand as witnesses to the battle. But all over the fields of Gettysburg there are thousands of igneous rocks, their secrets locked within and their distinctive markings unchanged by time.

Learn More: "Devil's Den: A History and Guide" by Tim Smith and Garry Adelman is available from our Civil War Trust-Amazon Bookstore 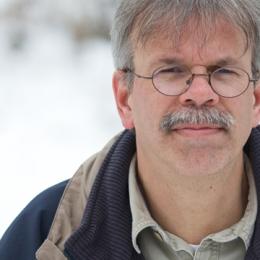