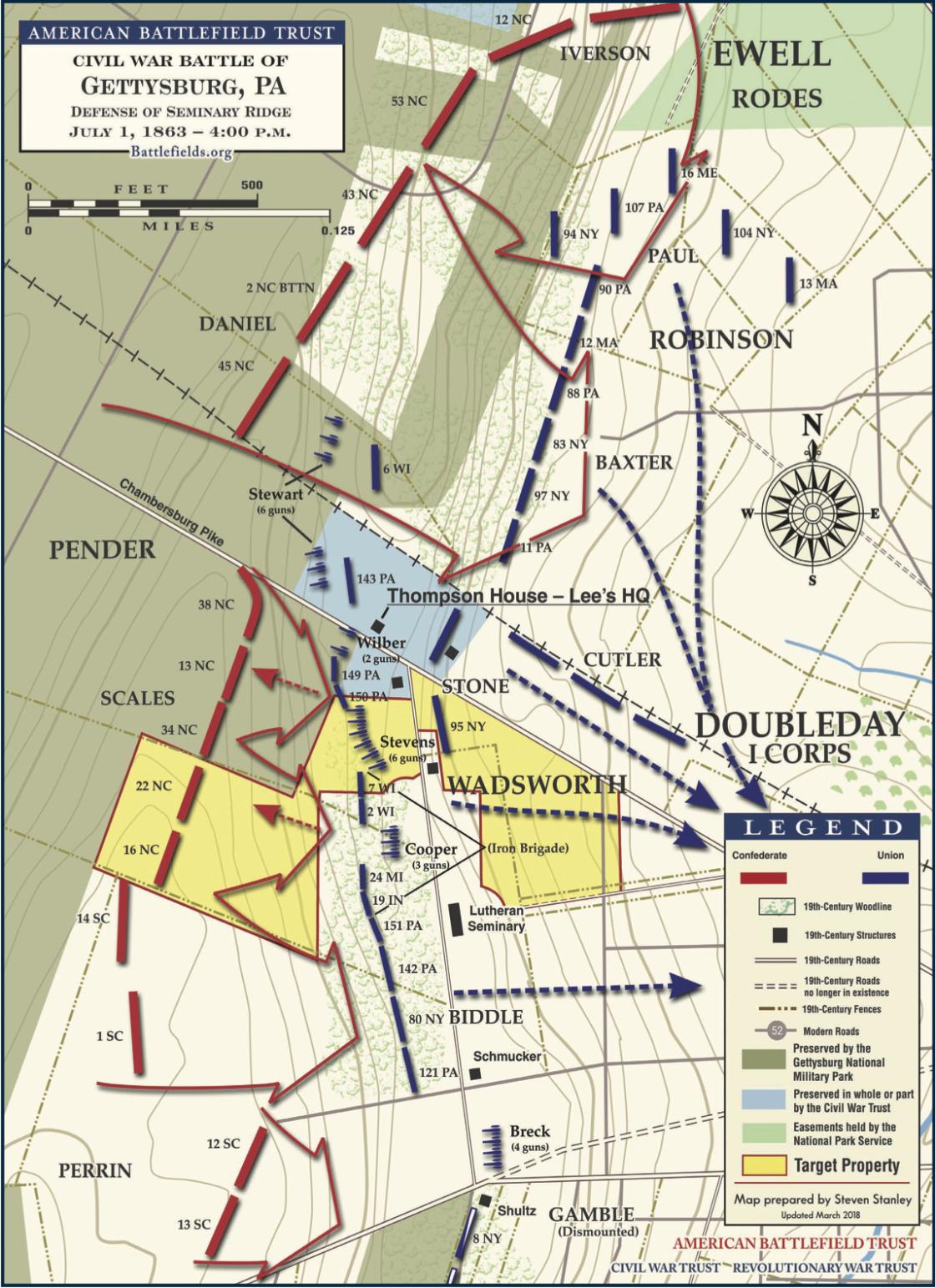 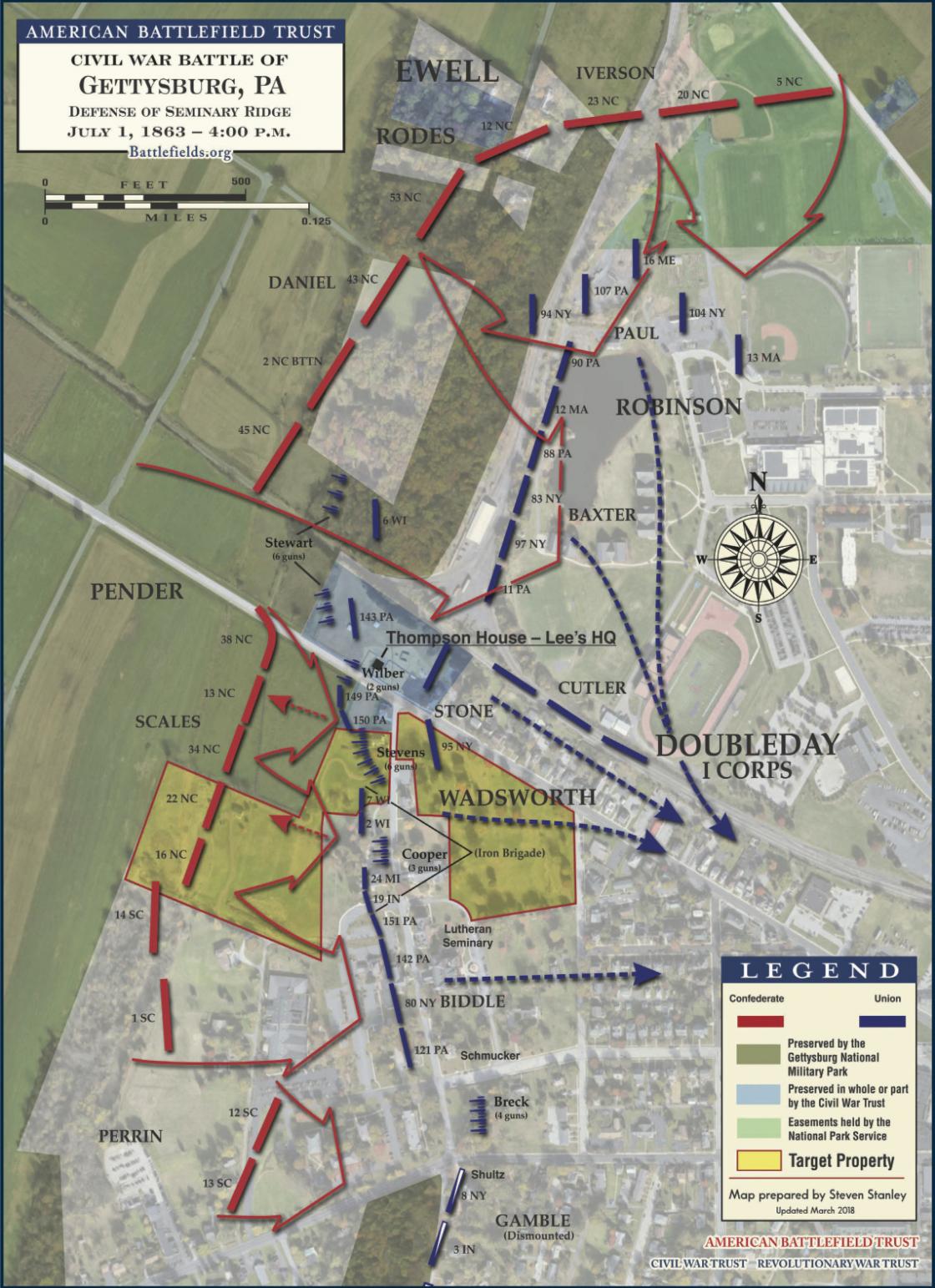 After blunting the Confederate advance on the morning of July 1, the Union Army of the Potomac was straining to hold off the increasing number of Confederates gathering west of Gettysburg. Elements of the I Corps occupied a tenuous position along McPherson’s and Oak Ridges, and had managed to hold those positions since the mid-morning. Federal reinforcements, however, were slow to arrive. The Army of Northern Virginia, by contrast was growing in strength at an almost exponential rate. Arriving from the North the divisions of generals Robert Rodes and Jubal Early threatened the Federals’ exposed left. In the late afternoon, Rodes smashed into the I Corps troops on Oak Ridge.

At the same time, fresh North and South Carolina regiments under Gen. Dorsey Pender pushed the Yankees off McPherson’s Ridge. Depleted I Corps units that had fought all morning fell back and rallied near the Lutheran Theological Seminary. Fighting swirled around the home of Mary Thompson, who hid with her daughter-in-law and new baby granddaughter born just the day before. The Seminary line was soon overrun and without reinforcements, the Union troops were compelled to fall back and reform on the heights south and east of Gettysburg.

When Robert E. Lee arrived on the battlefield, his staff selected Mary Thompson’s home to be his headquarters for the next three days.