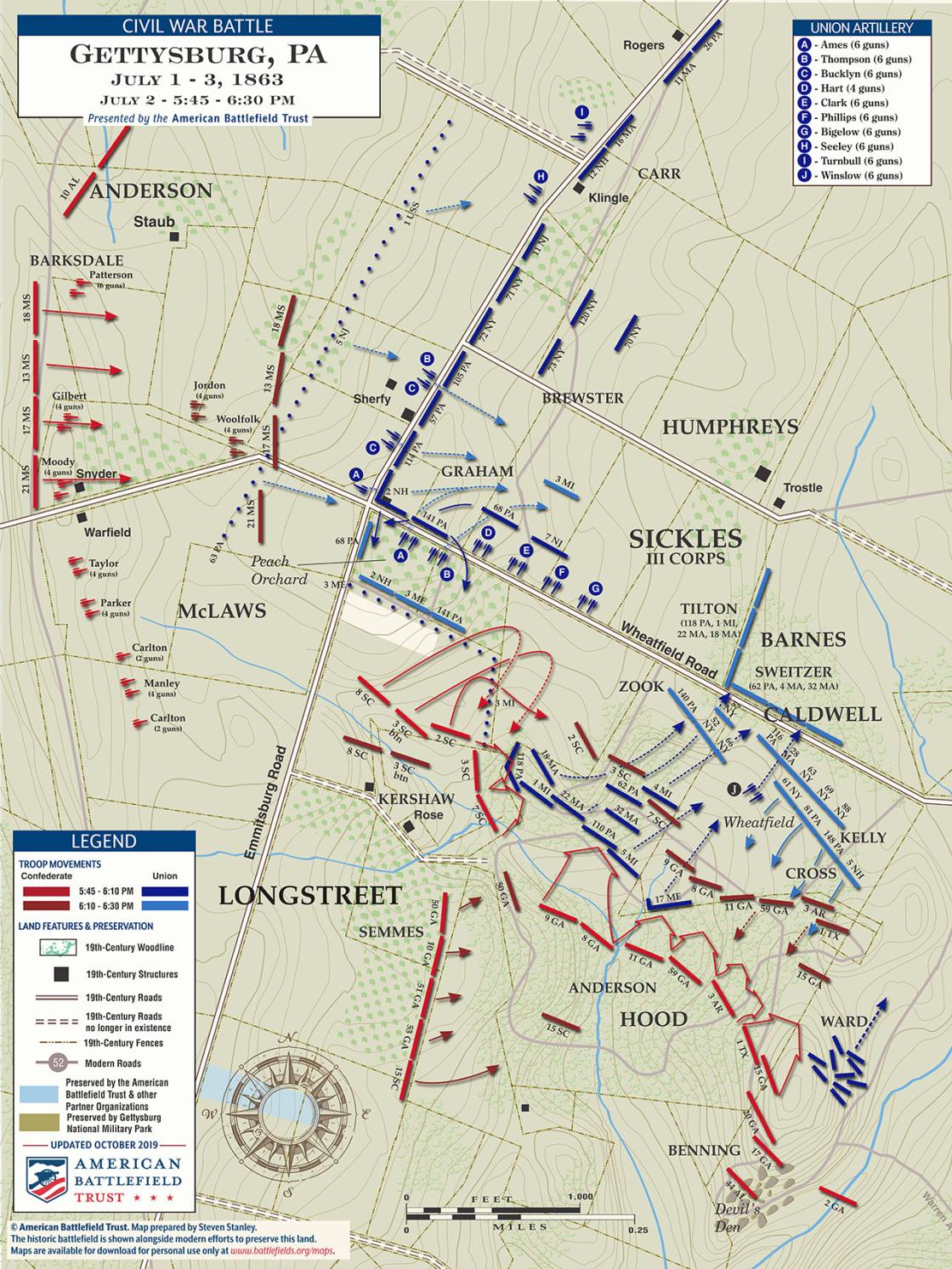 Without orders, Union III Corps commander Gen. Daniel Sickles advanced his troops off of Cemetery Ridge to a position he deemed to be ground better suited for defense: the elevated, open plateau around farmer Joseph Sherfy’s peach orchard on the Emmitsburg Road. Sickles’ thin line stretched nearly a mile and a quarter from the Rogers farm on his right to Devil’s Den on his left.

When Gen. James Longstreet launched his attack, Joseph Kershaw’s South Carolina men from McLaws’ division pushed east across the George Rose farm. Kershaw’s regiments split and were forced to give attention to Union infantry and artillery in the orchard on their left flank as well as regiments posted on a boulder-covered hill, Stony Hill, in their front. After Kershaw’s men advanced, the Mississippians under William Barksdale moved forward, ripping open Sickles position along the Emmitsburg Road.

Five volunteer batteries from the Artillery Reserve under Lt. Col. Freeman McGilvery augmented Sickles’ regiments and formed a solid line of cannon along the road facing south toward the Rose farm. McGilvery’s batteries tore into the flanks of Kershaw’s men as they moved across their front.