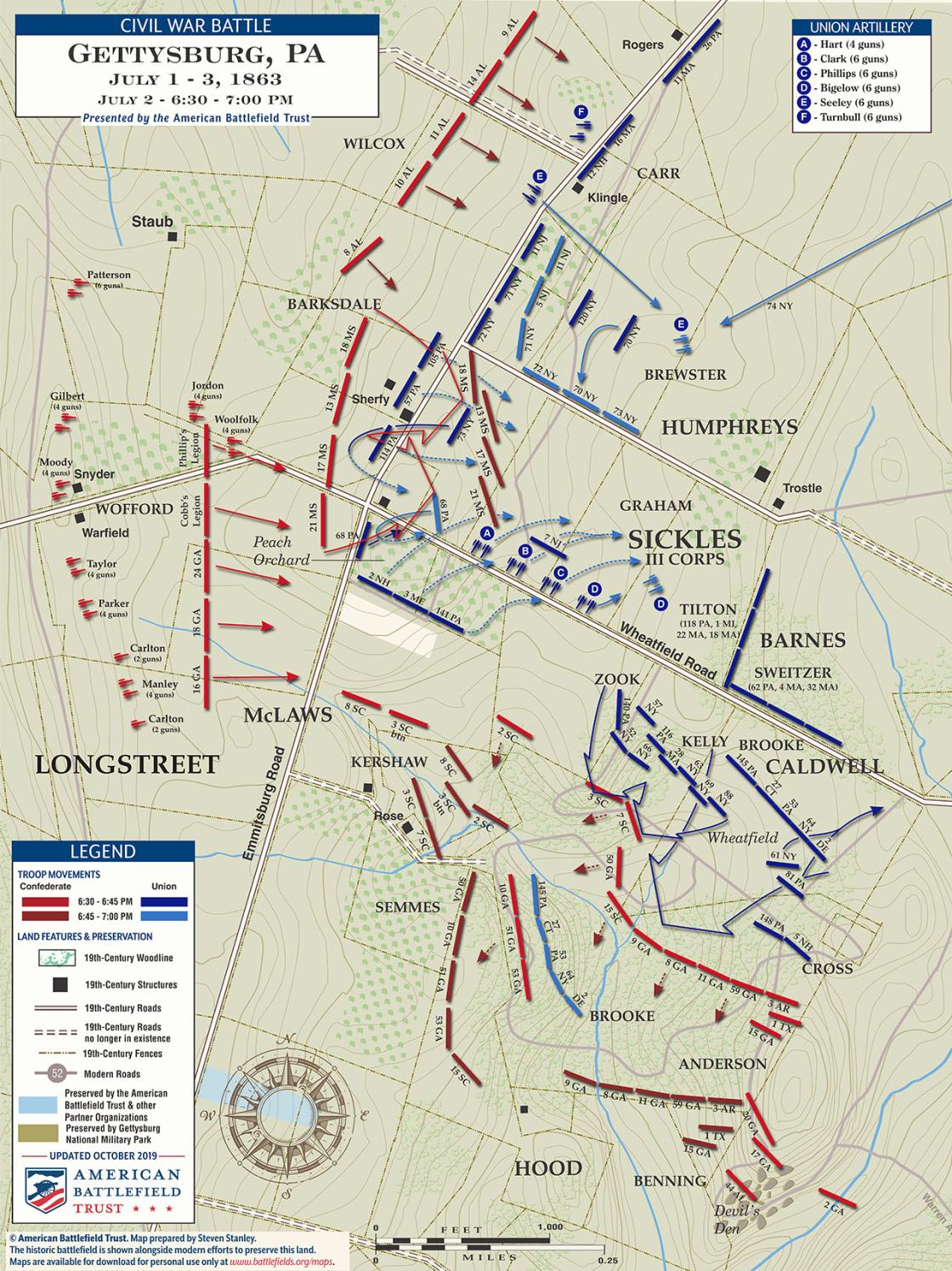 After Kershaw’s men advanced, the Mississippi regiments of Gen. William Barksdale moved forward and pushed back the Union infantry and artillery from around the Sherfy, Klingle, and Wentz farms, but Barksdale fell mortally wounded late in the attack. General William T. Wofford’s Georgia brigade followed Barksdale and cleared out the remaining III Corps infantry from the Peach Orchard.

Around the Wheatfield, Georgia regiments under Gen. Paul Semmes moved up to support Anderson’s fellow Georgians. Semmes was deploying his troops along a small stream when he was mortally wounded. Gen. Joseph Kershaw’s men took over the Stony Hill area adjacent to the Rose farm.

Around 6:00 p.m., as the Union position around the Peach Orchard collapsed, the V Corps brigades of Sweitzer and Tilton fell back from the Wheatfield. However, the II Corps division of Gen. John Caldwell soon arrived from Cemetery Ridge to take their place. The brigades of Edward Cross, Patrick Kelly and Samuel Zook deployed left to right across the field and on the stony hill to the west. The brigade of John Brooke was in support. Cross’s brigade guided on a stone wall on the east edge of the field, where Cross was killed leading his old 5th New Hampshire regiment. Kelly to his right led the famous Irish Brigade into the fight on the stony hill, and Zook was shot from his horse leading his brigade forward. Zook died at a field hospital the next day, one of four Union generals killed during the battle.