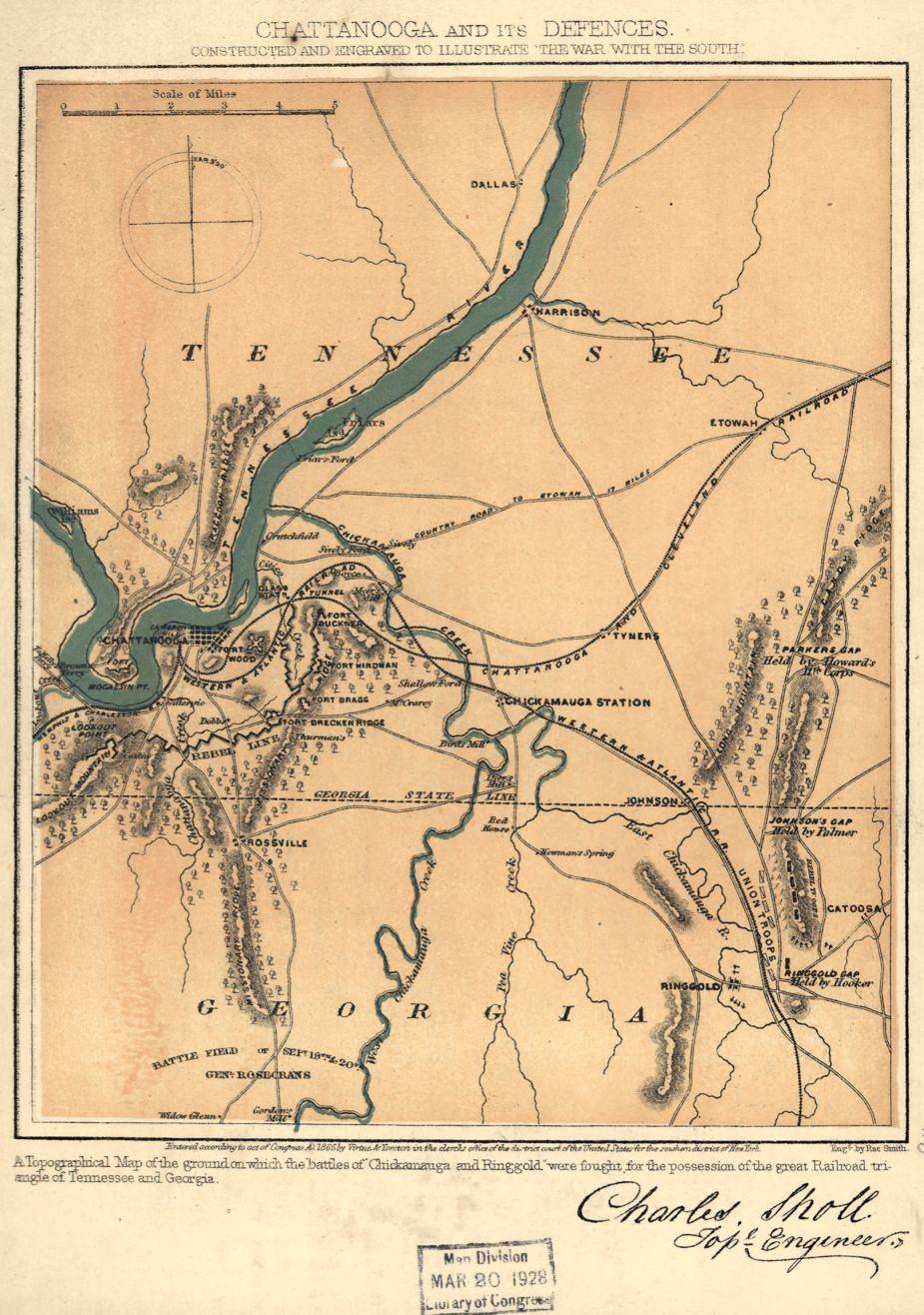 Chattanooga and its defences Library of Congress

Historical map of the Battle of Chattanooga

Chattanooga and its Defences, constructed and engraved to illustrate “The war with the South.”

Scale ca. 1:157,500.
Reference: LC Civil War maps (2nd ed.), 401.4
From Tomes, Robert. The war with the South. New York, Virtue & Yorston, 1862-1867. v. 3, between p. 222 and 223.
Signed (facsim.): Charles Sholl, Topl. Engineers.
"Entered according to act of Congress AD. 1865 by Virtue & Yorston."
Caption in lower margin: A topographical map of the ground on which the battles of Chickamauga and Ringgold were fought for the possession of the great railroad triangle of Tennessee and Georgia.
Description derived from published bibliography. 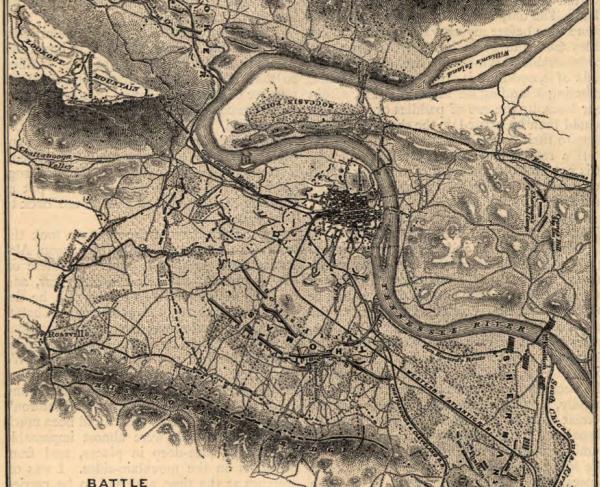 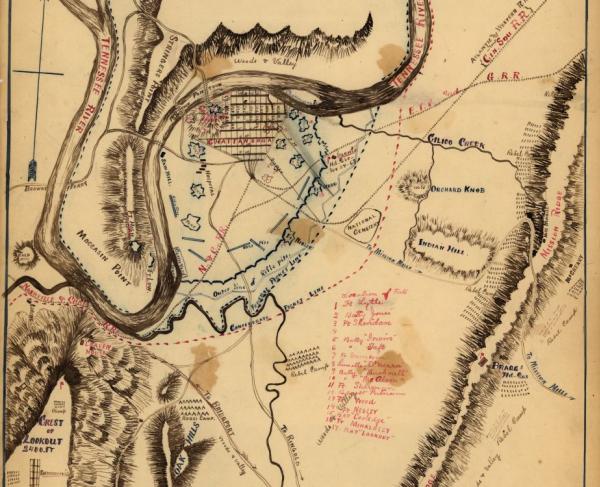 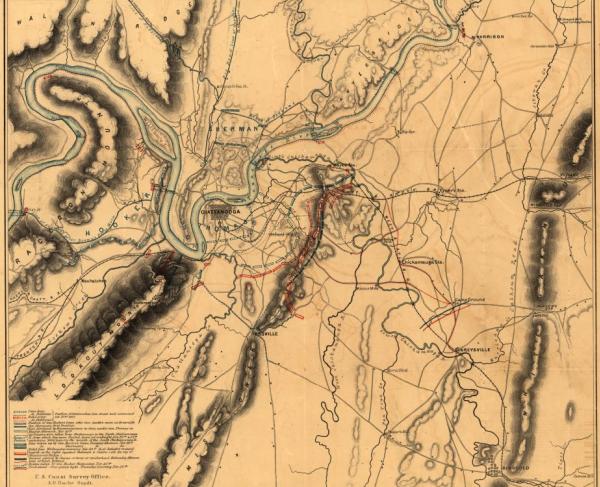 Sketch of the battles of Chattanooga