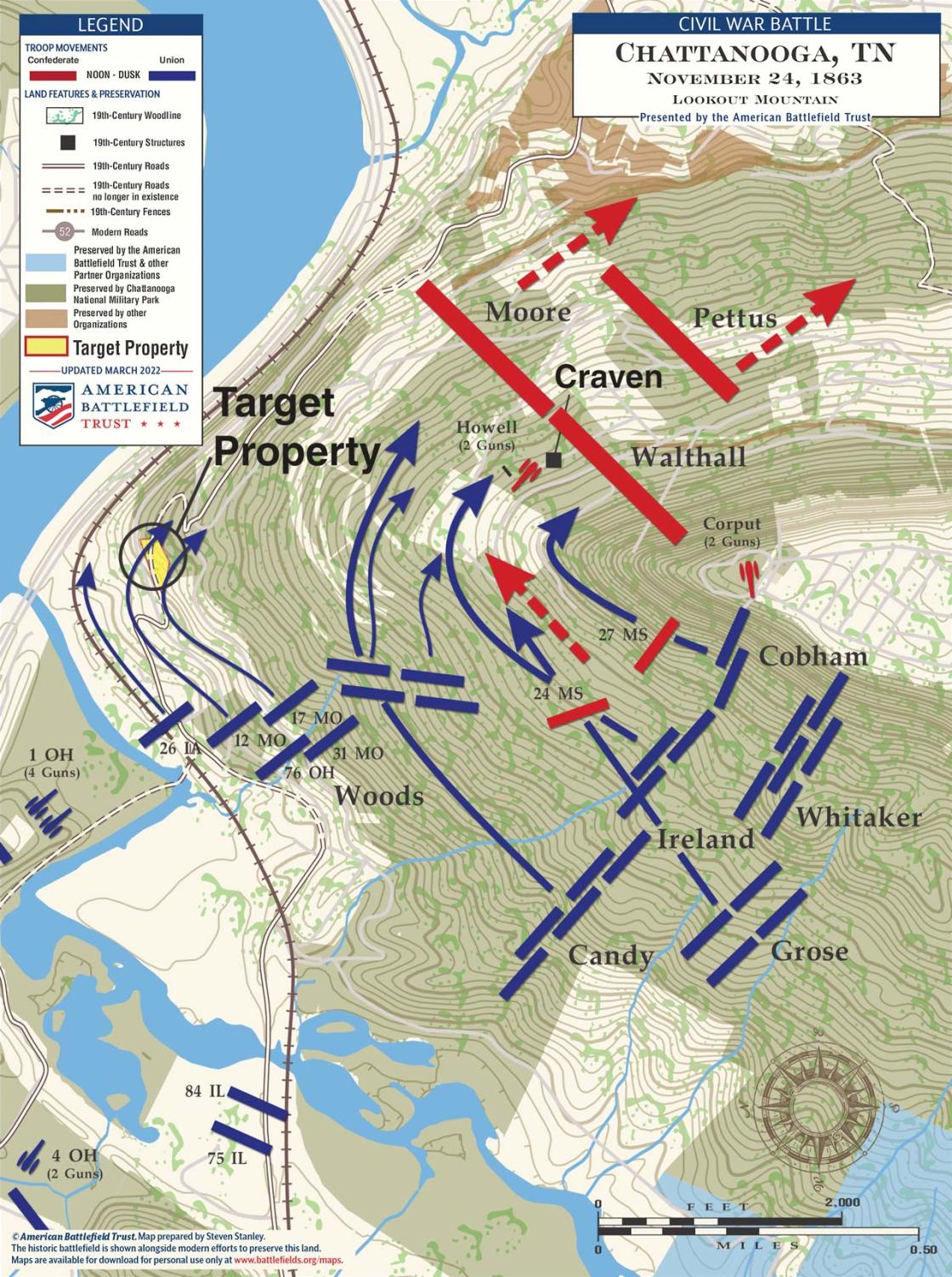 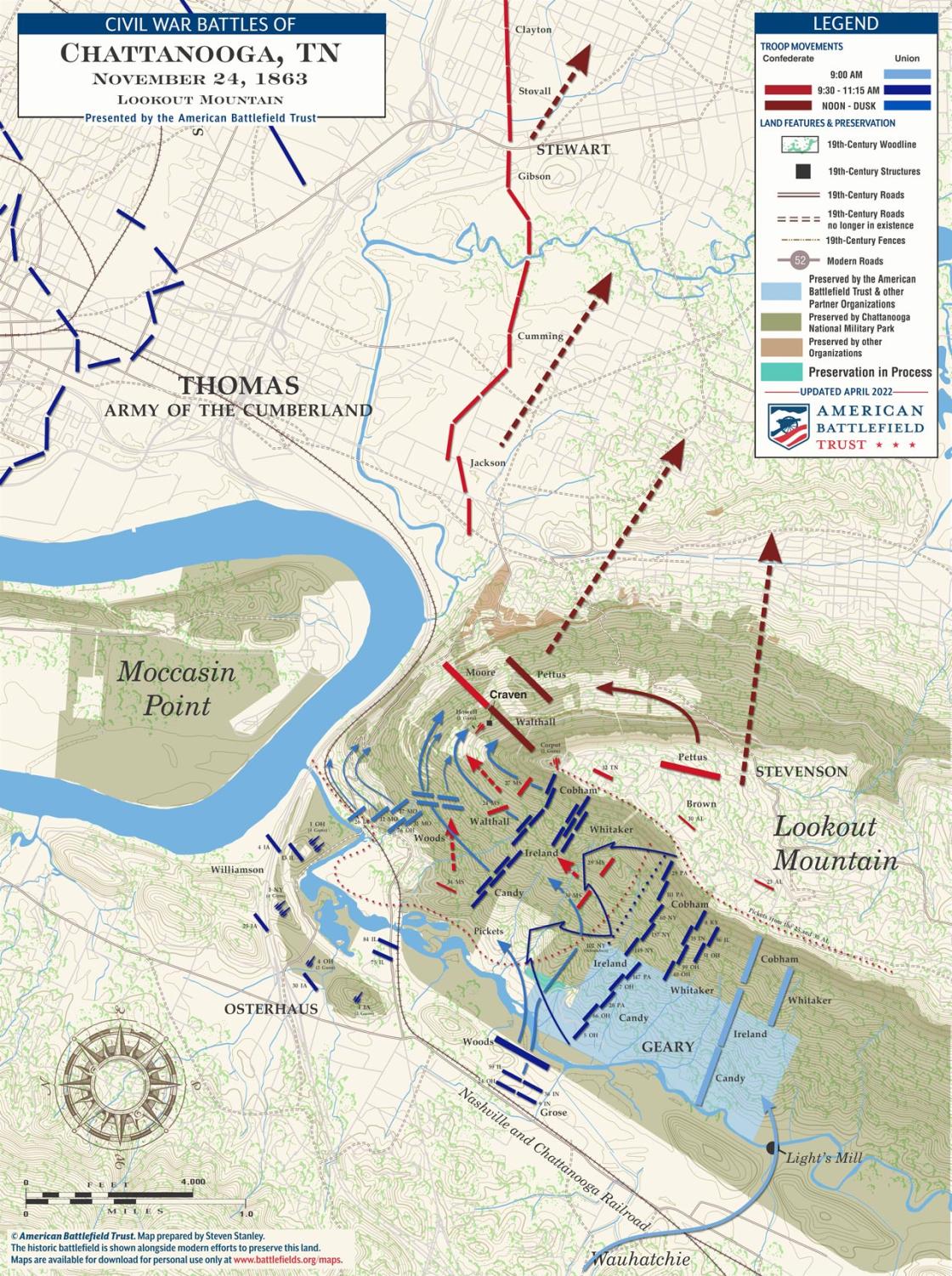 A month after opening the “Cracker Line,” Gen. Ulysses S. Grant was ready to lift the siege of Chattanooga. On November 23, 1863, a reconnaissance in force by Gen. George H. Thomas’ Army of the Cumberland overran the Confederate position on Orchard Knob and gave Confederate Gen. Braxton Bragg deep concerns about the strength of the center of his line along Missionary Ridge. In shoring up this portion of the Confederate position, Bragg moved Gen. William H. T. Walker’s division from the base of Lookout Mountain, leaving Gen. Carter Stevenson just two brigades to hold the plateau near the Cravens House.

Initially, the daunting nature of the terrain on Lookout Mountain discouraged Grant from making an attack against it. However, on the morning of the 24th, Grant authorized Gen. Joseph Hooker to make a demonstration against the Confederate left with three divisions and to push on to Point Lookout if it became practicable. Rather than attack the mountain head-on, Hooker planned to move his troops across Lookout Creek below the Confederate position and advance along the base of the mountain--unknowingly toward the point weakened by Walker’s withdrawal the night before.

At 8:30 on the 24th, with Gen. John W. Geary’s division of the Twelfth Corps in the lead, Hooker’s men crossed the creek and formed a line of battle up the slope of Lookout Mountain. With a heavy fog screening their movements, Geary’s men swept up the valley, capturing an entire Confederate picket post without firing a shot. At the Cravens House, the Mississippi brigade of Gen. Edward Walthall tried to resist the Union tide but to no avail. While Col. David Ireland’s New York brigade pressed Walthall’s front, Col. George Cobham’s Pennsylvanians were delivering a withering flanking fire from the upper portion of the slope. Gen. John C. Moore’s Confederate brigade made a counterattack around 1:00 PM, only to be stymied by the same crossfire that had compelled Walthall's withdrawal.

By 2:00 pm, the “Battle Among the Clouds” was over. That night Bragg held a council with his generals and decided to withdraw from Lookout Mountain to reinforce Missionary Ridge, giving Grant the second victory of the fight for Chattanooga. 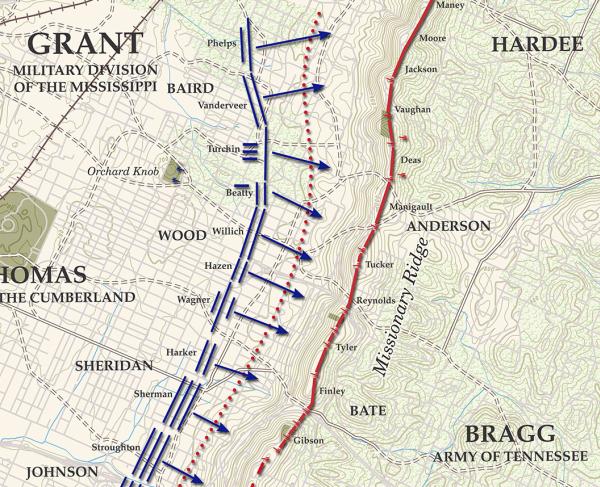 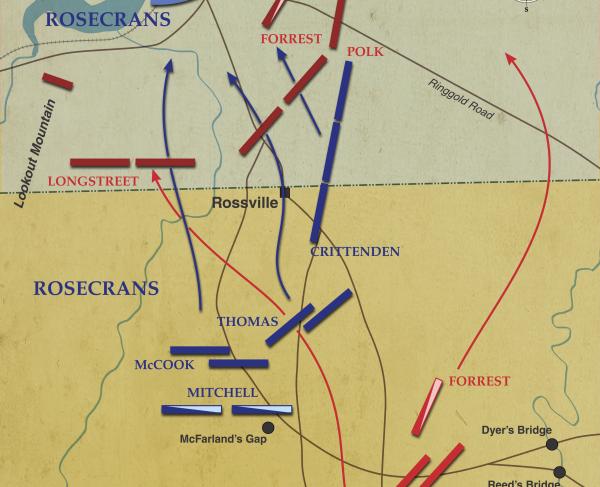 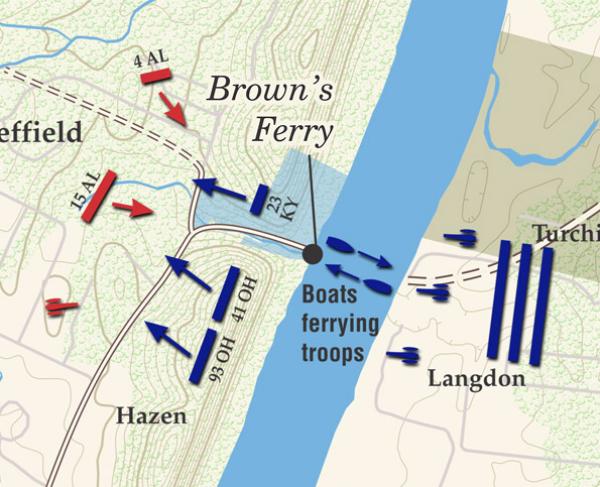