A Revolutionary War Itinerary for the city of Charleston

First settled by English colonists in the 1600s, Charleston became one of the largest and wealthiest cities in the American colonies. Modeled after the aristocratic and cosmopolitan atmosphere of restoration London, and named after Charles II of England, Charleston was also known as one of the most beautiful cities in the Americas. Located off the Atlantic coast and at the convergence of several rivers, Charleston became an important center of commerce. Agricultural production of rice and indigo, as well as the importation and trade of enslaved African Americans, supported the city’s early prosperity.

By the 1770s, Charleston had grown to the fourth largest city in the American colonies. Though some of Charleston’s citizens remained loyal to the Crown, many others were eager to join the Revolutionary movement. In late 1773, Charleston citizens assembled and agreed to seize a tea shipment from the East India Company, and store it in the city’s Old Exchange building, protesting the same legislation that brought about the Boston Tea Party in Massachusetts that same year. In 1774, South Carolina sent delegates, elected in Charleston, to the First Continental Congress.

British troops tried to occupy Charleston in 1776, but were repelled at Fort Moultrie. In spring of 1780, British forces under General Henry Clinton laid siege to Charleston in the first major engagement in the Revolution’s Southern Campaign. After an initial attack, British warships made their way past the defenses at Fort Moultrie, blocking the patriots’ means of escape or reinforcement.

For the next several weeks, Clinton bombarded the city with artillery and heated shot, eventually forcing the Revolutionaries, under General Benjamin Lincoln, to surrender as the city burned. On May 12, more than 5,200 American soldiers were captured, marking the largest surrender in the Revolutionary War.

Although the British succeeded in taking the city and striking a major blow against the Americans, partisan guerrillas led by patriots like Francis Marion, known as the “Swamp Fox,” and Wade Hampton continued to lead raids into the city. The British finally evacuated Charleston at the end of 1782.

Constructed between 1771 and 1772, the Old Exchange building in Charleston was built as a customs house and assembly hall for the city’s trade economy. The building’s architects, Peter and John Adam Horlbeck, imported materials for the structure, contributing to the structure’s role as one of the first examples of urban planning in the city. During the early years of the Revolutionary War, the building continued to be used as a civic center, providing the location in which South Carolina elected its first delegate to the First Continental Congress. In late 1773, an assembly of Charleston citizens decided to protest the Tea Act by seizing a shipment from the East India Company, and storing it in the Old Exchange building until 1776, when it was sold to support the Patriots’ war efforts. In the years after the Revolution, the Old Exchange would serve as the location in which the South Carolinians ratified the newly written Constitution. The Old Exchange’s basement served as a prison for patriots after British forces overtook the city under Sir Henry Clinton in 1780. In 1791, President George Washington spoke from the Old Exchange building during a week-long stay in Charleston. The Old Exchange also hosted a concert and ball to celebrate his visit to the city. Visitors to the Old Exchange can learn more about the Charleston’s history, including its role in the Revolutionary War, and the history of piracy.

Begin on the Exchange's ground level.

The Georgian-style Heyward-Washington House was constructed in 1772 as a town house for Thomas Heyward, Jr., who would sign the American Declaration of Independence in 1774.

Start at the House's front entrance.

Insider tip: Be sure to stop by State House Coffee for a taste of Charleston's coffee scene!

The Gibbes Museum of Art was opened in 1905 to help Charleston’s longstanding legacy as a city of art to endure. The Museum is now home to a variety of permanent and temporary exhibits, and its collections boast works from some of America’s most famous artists. The Gibbes Museum of Art makes for a greats top if you are interested in learning the story of Charleston’s historical and cultural evolution through art works.

Start on the first floor.

Established in 1713, the Powder Magazine is one of the oldest public buildings in South Carolina. The structure originally housed the magazine for the city’s gunpowder supplies, used to power the guns and canons that helped Charlestown’s citizens defend the city from Spanish and French invaders, and even pirates. The Powder Magazine is one of the last remnants of the city’s original fortifications. It is now owned by The National Society of Colonial Dames of America in the State of South Carolina. Today, visitors to the Powder Magazine can learn about Charleston’s 18th century history, and the city’s defenses leading up to the Revolutionary War.

Start at the main entrance.

Insider tip: If you're looking for locally-inspired, farm-to-table fare, be sure to stop by FIG while touring the downtown Charleston area!

Known as “America’s First Museum,” the Charleston Museum was founded in 1773 by the Charleston Library Society. Visitors to the museum can learn about the history of the Lowcountry through a variety of artifacts and exhibits.

Start on the ground floor.

Insider tip: If you are looking for a nice night on the town after a long day of exploring, you might want to check into High Cotton, Magnolias or Slightly North of Broad (fondly known to locals as SNOB) for a more upscale dining experience!

Fort Moultrie is made up of a series of fortifications on Sullivan’s Island, South Carolina, just across the harbor from Charleston. Fort Moultrie has served as a defensive system for the South Carolina coastline since the time of the American Revolution. The fort played an important role in Charleston’s defenses during the first British attempt to occupy the city. On June 28, 1776, several British ships attempted to enter the harbor, but were repelled by Colonel William Moultrie and his men. The palmetto-log fort was then named in the commanding officer’s honor. The British captured Fort Moultrie during their siege of Charleston in 1780.

Begin at the Visitors Center.

Charles Pinckney, often regarded as a “forgotten founder” of the United States, was a prominent South Carolinian who played an important role in America’s early history. Pinckney served four terms as the governor of South Carolina, as well as serving in both the U.S. Senate and House of representatives. On a national scale, Pinckney was responsible for producing more than 25 clauses in the United States Constitution, as well as serving as Thomas Jefferson’s ambassador to Spain. Located just outside of Charleston, near Mount Pleasant, the Charles Pinckney National Historic Site provides visitors with an inside view of life on a late 18th century plantation. Snee Farm provided Charles Pinckney’s “country home,” as well as served as a source of income, since the property produced rice and indigo with the aid of its enslaved workers. The Charles Pinckney National Historic Site is also one of the locations along the GullahGeechee Cultural Heritage Corridor.

Begin at the Visitor Center.

Established in 1681, Boone Hall is one of the oldest working plantations in American history. Visitors to the plantation can see what life was like in the 17th and 18th centuries, as well as learn more about plantation agriculture since the site still includes a working farm. Like the Charles Pinckney National Historic Site, Boone Hall Plantation is a stop on the GullahGeechee Cultural Heritage Corridor, and offers a variety of opportunities to learn more about the culture of the African Americans who labored in the Lowcountry region of the state.

Begin at the main house.

Insider tip: Check out Hominy Grill for classic Charleston cuisine in a casual setting. Open for breakfast, lunch, and dinner, you can visit this local favorite for whichever meal suits you, although lines can be expected on weekends!

Drayton Hall, founded in 1738, is one of the oldest extant plantation houses in America. The hall is one of the earliest examples of Palladian architecture in America. Careful preservation work on the estate has helped to ensure that visitors can the changes the plantation has undergone over more than 250 years, offering a unique experience.

Start at the main entrance.

Insider tip: If you're looking for classic southern cuisine, be sure to explore Cannon Green's menu. It's one of Charleston's staples. You might also want to check out Husk or The Ordinary for some trendy dining options in charming venues....The Ordinary's location in a 1920s bank maes for a fun (and historic) night out!

Another insider tip: Fenwick Hall Plantation is also worth visiting if you have time. The plantation is not open to the public, however, so if you are interested, be sure to contact the estate in advance to see if a visit would be possible. If you are able to stay a little longer in the city, exploring Middleton Place and Magnolia Plantation and Gardens are also worthwhile! If you're making a trip to the city, be sure to take a look at our itinerary for touring Civil War Charleston, as well! 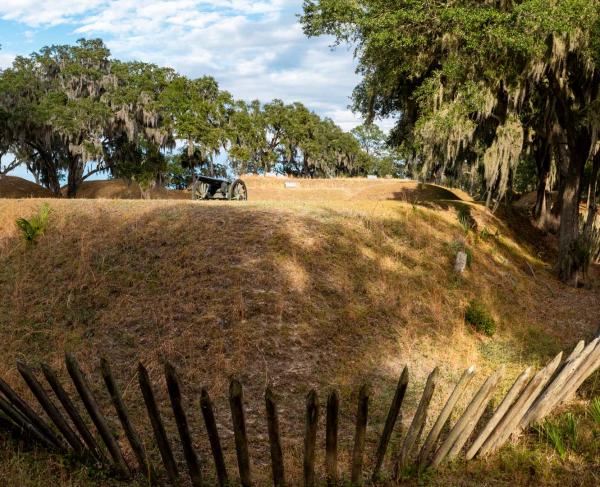 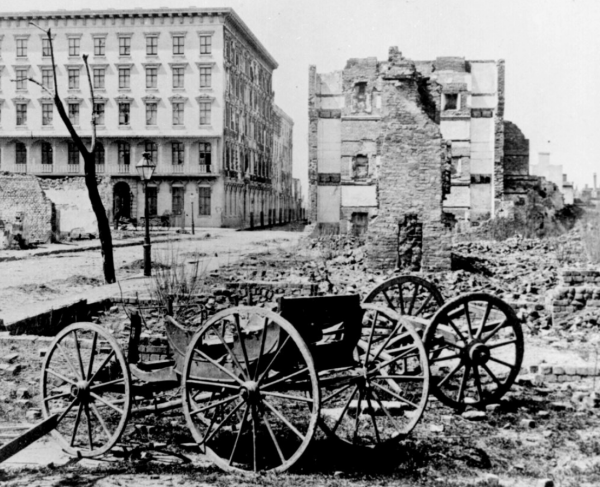 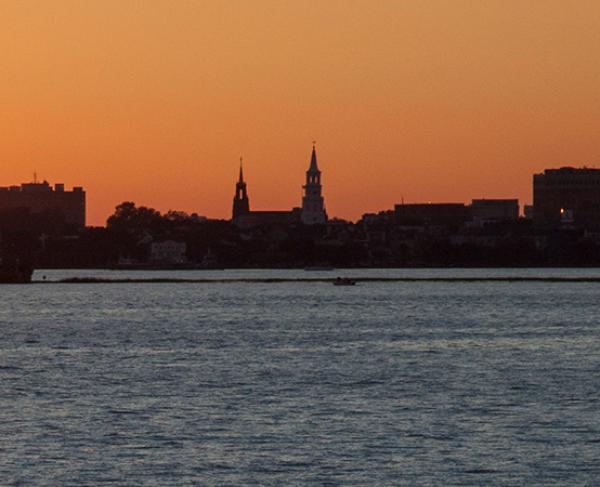