Tour Revolutionary Boston in One Day

A Revolutionary War Itinerary for the City of Boston

Founded in the 1630s by Puritan settlers from England, Boston, Massachusetts is one of the oldest cities in the United States, and has played an integral role in America’s history. Boston Harbor's location on the Atlantic Ocean made the city a key point in Colonial trade routes with the West Indies, which helped Boston grow into a center of commerce and a variety of crafts.

In the years leading up to the American Revolution, Boston was often at the center of the conflict between the colonists and their British rulers. By the mid to late 18th century, Boston's meeting halls and public places hosted discussions and debates about the state of the American colonies. In 1765, secret societies like the Sons of Liberty and Committees of Correspondence arose in Boston to protest the Stamp Act, the Townshend Acts, and other British legislation. Leaders like Samuel and John Adams, James Otis, and Dr. Joseph Warren emerged at the heart of Colonial resistance to British oppression, and it was in Boston that the notion of “no taxation without representation” was born.

Events like the Boston Massacre of 1770 and the Boston Tea Party of 1775 contributed to the tensions that culminated in the shot heard round the world at Lexington and Concord in April of 1775. Boston was also home to a large British Garrison, which housed the troops against whom the colonists pitted themselves in the early days of the war. On June 17, Boston would witness one of the Revolutionary War's first major engagements at Bunker Hill. Through the end of 1775 and the beginning of 1776, militiamen from around New England would band together to besiege Boston and the British troops who were encamped there. By March of 1776, the newly formed Continental Army, under the generalship of George Washington, would succeed in expelling the British from the city by establishing fortifications on nearby Dorchester Heights with canons obtained by Henry Knox and his men at Fort Ticonderoga in New York.

Insider tip for planning: Explore the Freedom Trail while planning your trip to Boston. This 2.5 mile trail takes visitors on a walking tour of some of America’s most important Revolutionary-era sites. Several of this itinerary’s stops are located along the Freedom Trail, so we recommend taking this route between sites when you can to make the most of your experience in Boston!

Stop #1: The Old State House and the site of the Boston Massacre

Start on the first floor.

Enter the museum on the main floor.

Insider tip: If you're looking for a bite to eat, Sam LaGrassa's is a local favorite with great sandwiches (they claim they're the World's No. 1, in fact!). It's only a few blocks away from the Old South Meeting House, and it's only open Monday-Friday from 11:00am-3:30pm, so be sure to catch it while you can!

Another Insider tip: Check the Old South Meeting House’s calendar of events ahead of time to see if you can attend any of their Public Events and Programs during your visit.

In May of 1773, the British Parliament passed the Tea Act to save the failing East India Company. In an effort to protest the Tea Act, Samuel Adams and the Sons of Liberty led colonists in an event that has become known as the Boston Tea Party. On the night of December 16, 1773, a group of colonists marched from the Old South Meeting House to Boston Harbor, where three ships carrying East India Company Tea were docked. Dressed as Native Americans, the mob boarded the ships and succeeded in throwing 342 chests of tea overboard. As a result, Parliament passed the Coercive Acts, called the Intolerable Acts by the Patriots, which effectively closed the ports in Boston Harbor in retribution for the actions. The Boston Tea Party was amongst some of the most important incidents that propelled the American colonies towards war with Great Britain. At the Boston Tea Party Ships and Museum, visitors can immerse themselves in the excitement of the night of December 16, 1773 by boarding reproductions of the tea ships, viewing artifacts from the event, and even throwing some tea into Boston Harbor.

Insider tip: For a small discount, you can book your tickets online!

Built by Peter Faneuil in 1742 as a central marketplace for the growing town of Boston, Faneuil Hall has long been at the heart of America’s struggle for Independence. In addition to official town meetings, the assembly room on the second floor of Faneuil Hall hosted the meetings of concerned colonists, whose ideas about freedom would lay the groundwork for the American Revolution. Patriots and Sons of Liberty like Samuel Adams and James Otis gave speeches in Faneuil Hall to protest the Sugar Act, the Stamp Act, and other British legislation that they believed oppressed the colonists. Known as the “Cradle of Liberty,” Faneuil Hall was the center of some of the earliest discussions, debates, and protests about American rights.

Insider tip: In addition to its history, Quincy Market is also a great stop for a variety of shopping and dining options! Check out this list of eateries in the Market for some suggestions. Regina Pizzeria is one local favorite, with another location (the original) in the North End!

Paul Revere was born in Boston on January 1, 1735. He was trained by his father as a silversmith and took over the family business sometime after his father's death in 1754. Though he was a successful silversmith and engraver, Revere is perhaps better known for the famed "Midnight Ride," in which he warned Boston and the surrounding areas that the British were on their way. Today, visitors can tour the house in which Revere lived with his family at the time of the Midnight Ride in April of 1775. Dating back to 1680, the structure was home to the Revere family from 1770 to 1780. The Paul Revere House is located along the Freedom Trail in Boston’s historic North End. One of the oldest and most densely populated residential districts in Boston, the North End is home to many historic sites that date back to the 17th and 18th centuries.

Continue along the Freedom Trail from Faneuil Hall, and follow it to the Paul Revere House.

Insider tip: If you are looking for a sweet snack, Mike's Pastry is a North End classic that is beloved for its cannolis, cookies, and other excellent baked goods. It's located on Hanover Street, just one block off of the Freedom Trail and one block behind the Paul Revere House...which makes for a perfect stop before or after seeing the home of America's favorite Midnight Rider!

The Old North Church, originally called Christ Church, was constructed in Boston’s North End in 1723 as an Anglican place of worship. On April 18, 1775, Robert Newman and John Pulling displayed two lanterns in the bell tower windows, signaling that the British were crossing the Charles River towards Lexington and Concord. Though the Old North Church would become linked to Paul Revere’s Midnight Ride and the beginning of the American Revolution, the parish itself included many loyalists.

Continue along the Freedom Trail from the Paul Revere House to the Old North Church.

Insider tip: If you're feeling like another sweet snack, check out Captain Jackson's Historic Chocolate Shop right by the Old North Church to learn about chocolate in the Colonial era!

Copp’s Hill Burying Ground is one of the oldest and largest colonial cemeteries, dating back to 1659. Named after Boston shoemaker William Copp, the cemetery was the final resting place more than 10,000 North End residents of the 17th and 18th centuries. During the Revolutionary War, the British Army utilized the hill for a battery during the Battle of Bunker Hill.

Continue on the Freedom Trail from the Old North Church to Copp's Hill Burying Grounds.

Some of the cemetery’s noteworthy burials include Robert Newman, who helped position the signal lamps in the Old North Church, Edmund Hartt, who built the USS Constitution, and Prince Hall, a freedman who fought in the Revolutionary War and established the first Black Masonic Lodge. You can learn more about the cemetery’s history and plan your visit at this website.

Bunker Hill marks the first major battle in the American Revolution. While British troops occupied the city of Boston, the American rebels positioned themselves across the Charles River on the summit of Bunker Hill, and prepared fortifications on nearby Breed’s Hill. British troops, commanded by Thomas Gage, advanced against their opponents’ position three times before the Americans ran out of ammunition, and the Redcoats were finally able to take the hill. It was during the Battle of Bunker Hill that the American Colonel, William Prescott allegedly instructed his men to “not fire until you see the whites of their eyes.” Though the British had won a tactical victory, they suffered 1,054 casualties, which was more than twice the number of American dead and wounded. The Americans retreated into nearby Cambridge, but continued to lay siege to Boston with new morale after their stand against the British at Bunker Hill. Today, visitors can walk on the grounds of the battle, view exhibits in the Bunker Hill Museum to learn more about the engagement, and view the Bunker Hill Monument.

Start at the Bunker Hill Grounds.

Insider tip: If you missed Regina Pizzeria at Quincy Market, you have another chance to try it at its original location once you cross back over the Charles River into the North End! 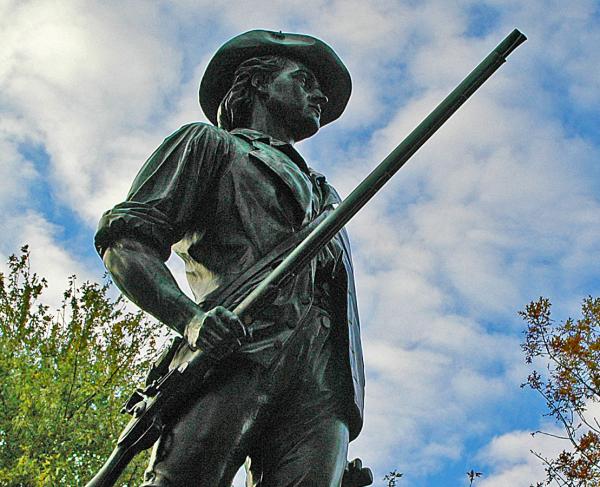 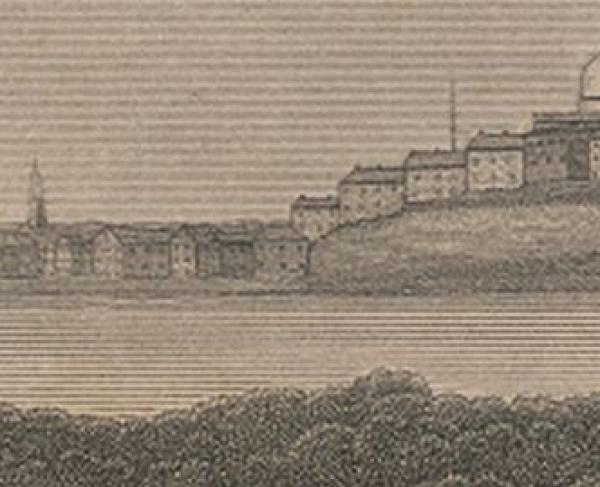 The powder keg that exploded into a rebellion, Boston perhaps has more historic sites closely associated with the American Revolution than any other...
Details and Itineraries »