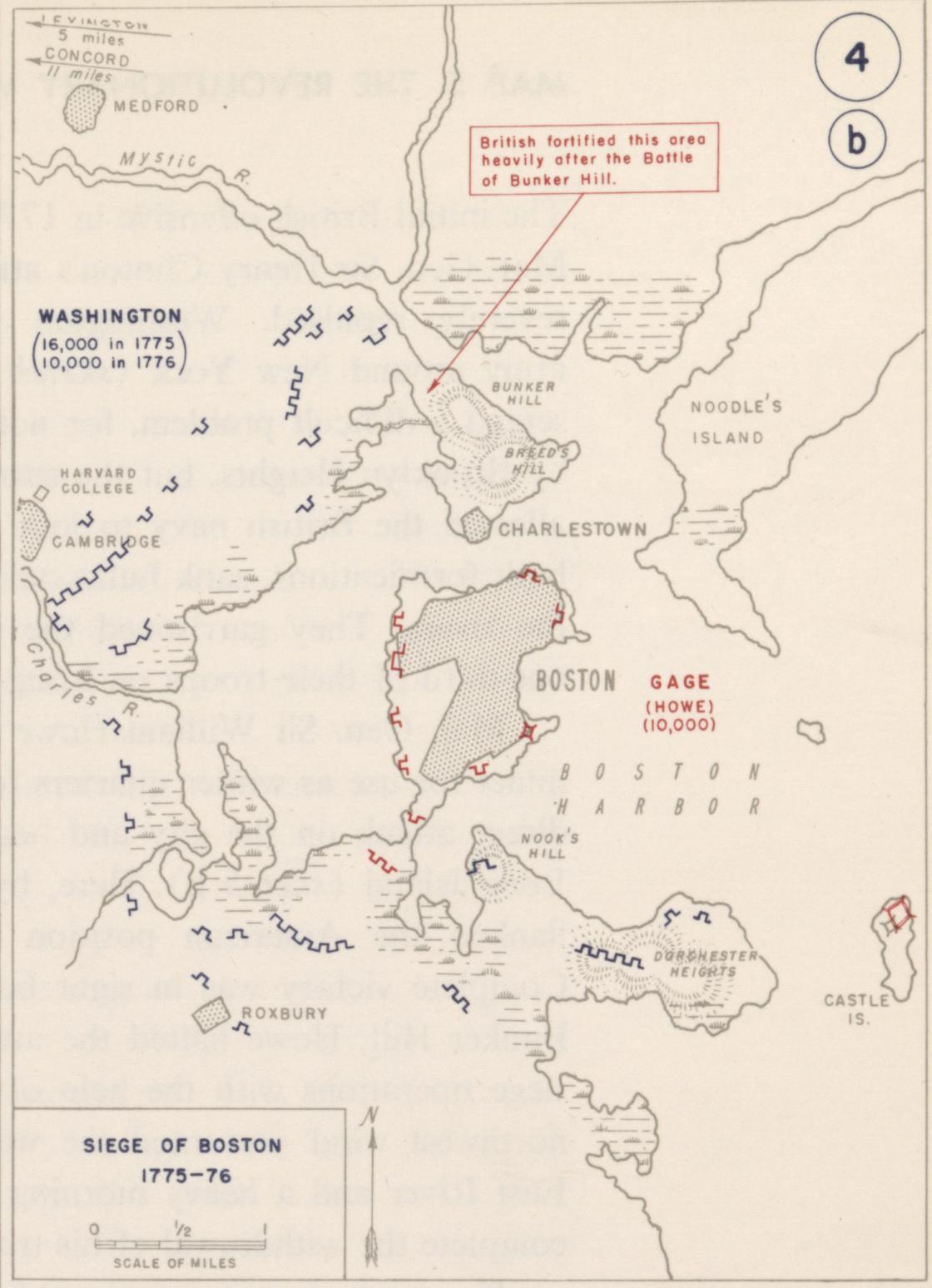 Historical map of the Siege of Boston

Following the skirmishes at Lexington and Concord, the British Army retreated to the relative safety of Boston and the city was surrounded by American troops. The British attempted a breakthrough in June, which resulted in the Battle of Bunker Hill, but ultimately were forced to return to Boston. In March, Continental Army fortifications on the hills around the city were bolstered by the arrival of artillery from Fort Ticonderoga, brought on sleds under the direction of Henry Knox. George Washington ordered the bombardment of the city, and after a few days of heavy artillery fire, the British agreed to withdraw from the city, ending an eleven-month siege.

Learn More: The Siege of Boston