In 1863, the Gettysburg Academy's Lu­theran Seminary was a crucial lookout spot, and for this reason was captured and occupied by both Union and Confed­erate soldiers. It also served as one of the Battle of Gettysburg's largest Union field hospitals. Years later, the building where the seminary was located was converted into the Seminary Ridge Museum.

Founded in 2013, this modern museum boasts both physical artifacts and interactive exhibits. Exhibit themes are diverse and include information on America's bloodiest war and the battle that raged around the building itself. If the heat of conflict is not your cup of tea, the museum also provides visitors with a window into the war's impact on American culture and society.

Be sure to check out the museum's website for upcoming events, including weekly guided visits of General Lee's Headquar­ters – a property that was proudly protected and restored, and is currently stewarded, by the American Battlefield Trust. 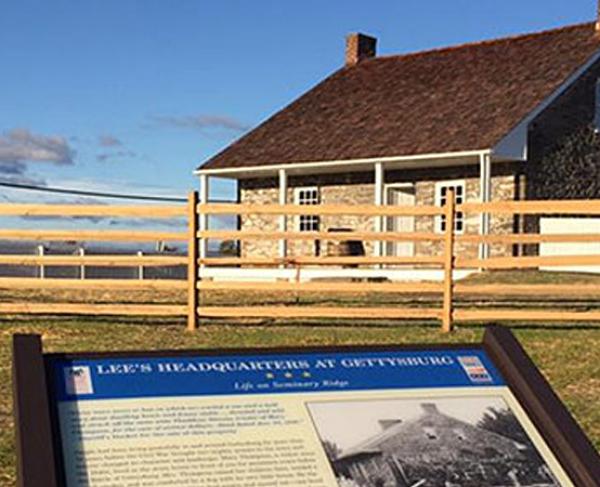 Gettysburg, Pennsylvania | Located on the Chambersburg Pike on top of Seminary Ridge, this 4-acre property was the headquarters site of Gen. Robert E...

Gettysburg, Pennsylvania | Part of the National Park Service, the "Lincoln Room" is located in the historic site, where President Lincoln stayed the...

Carlisle, Pennsylvania | The museum is the home of the Military History Institute Collection, or the U.S. Army's central historical repository, with...

Frederick, Maryland | The resting place of a number of notable individuals in Maryland history, including Francis Scott Key and Barbara Fritchie