Sir Amédée Forestier, The Signing of the Treaty of Ghent, Christmas Eve, 1814, 1914, oil on canvas, Smithsonian American Art Museum, Gift of the Sulgrave Institution of the U.S. and Great Britain.

Signing of Treaty of Ghent

The "Second War of Independence"

Sometimes referred to as the “Second War of Independence,” the War of 1812 was the first large scale test of the American republic on the world stage. With the British Navy impressing American sailors, and the British government aiding Native American tribes in their attacks on American citizens on the frontier, Congress, for the first time in our nation’s history, declared war on a foreign nation: Great Britain. Battles raged on the high seas. British soldiers invaded American soil, captured Washington D.C., and even burned the White House. In the end the Star-Spangled Banner waved “O’er the land of the free and the home of the brave.” Explore the battlefields and personalities of this critical time in American history. 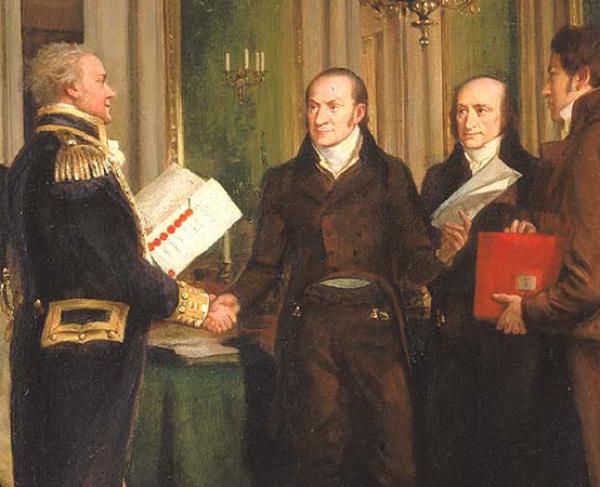 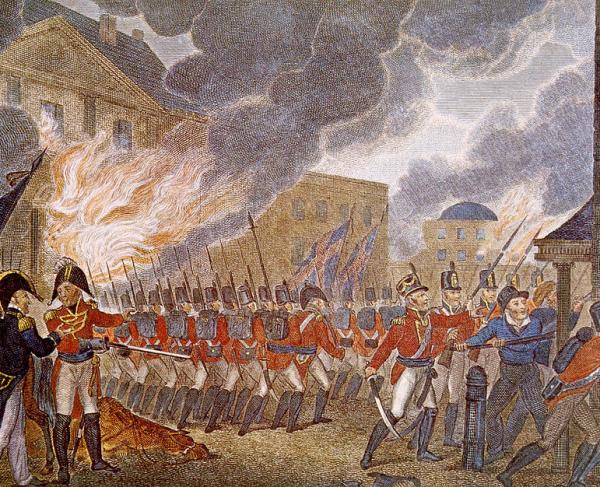