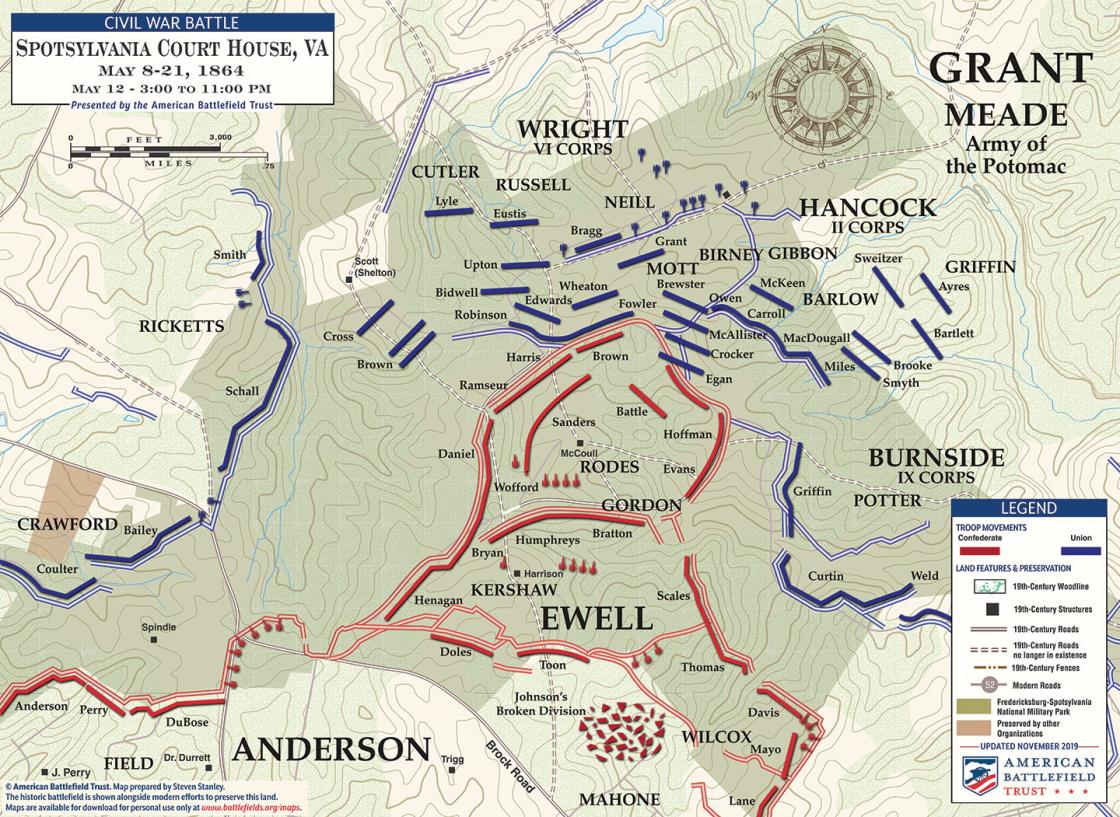 American Battlefield Trust’s map of the Battle of Spotsylvania Court House on May 12, 1864, from 3pm to 11pm.

By 3 pm, on May 12, 1864, the Union Army of the Potomac and Confederate Army of Northern Virginia had reached a stalemate. The Federals opened the day with a massive assault on the Confederate Mule Shoe Salient. Once the offensive petered out, Confederate counter-attacks wrestled away much of what the Federals had gained. All of the while the Confederate constructed a new set of fortifications at the base of the salient.

While the Confederates reclaimed much of their lost territory from the morning, a small strip of land was still held by Federals or was part of a no-man's-land. Ferroscius counter-attacks and intense small arms fire ruled the afternoon and evening, with neither side gaining an advantage. In the pouring rain, men stabbed with bayonets and clubbed one another with muskets. The site of the most intense action was dubbed the "Bloody Angle." Here an oak tree 22-inches in diameter was felled by small arms fire. The stalemate benefited Gen. Robert E. Lee and his army. They were buying time with lives. Around 3 am, the Confederates abandoned their forward position and took up residence in the new fortifications built at the base of the salient. The new Rebel line was nearly impregnable. After 22-hours of slaughter, and 17,000 casualties, neither army was any closer to victory. The battle of Spotsylvania Court House dragged on for another nine days.