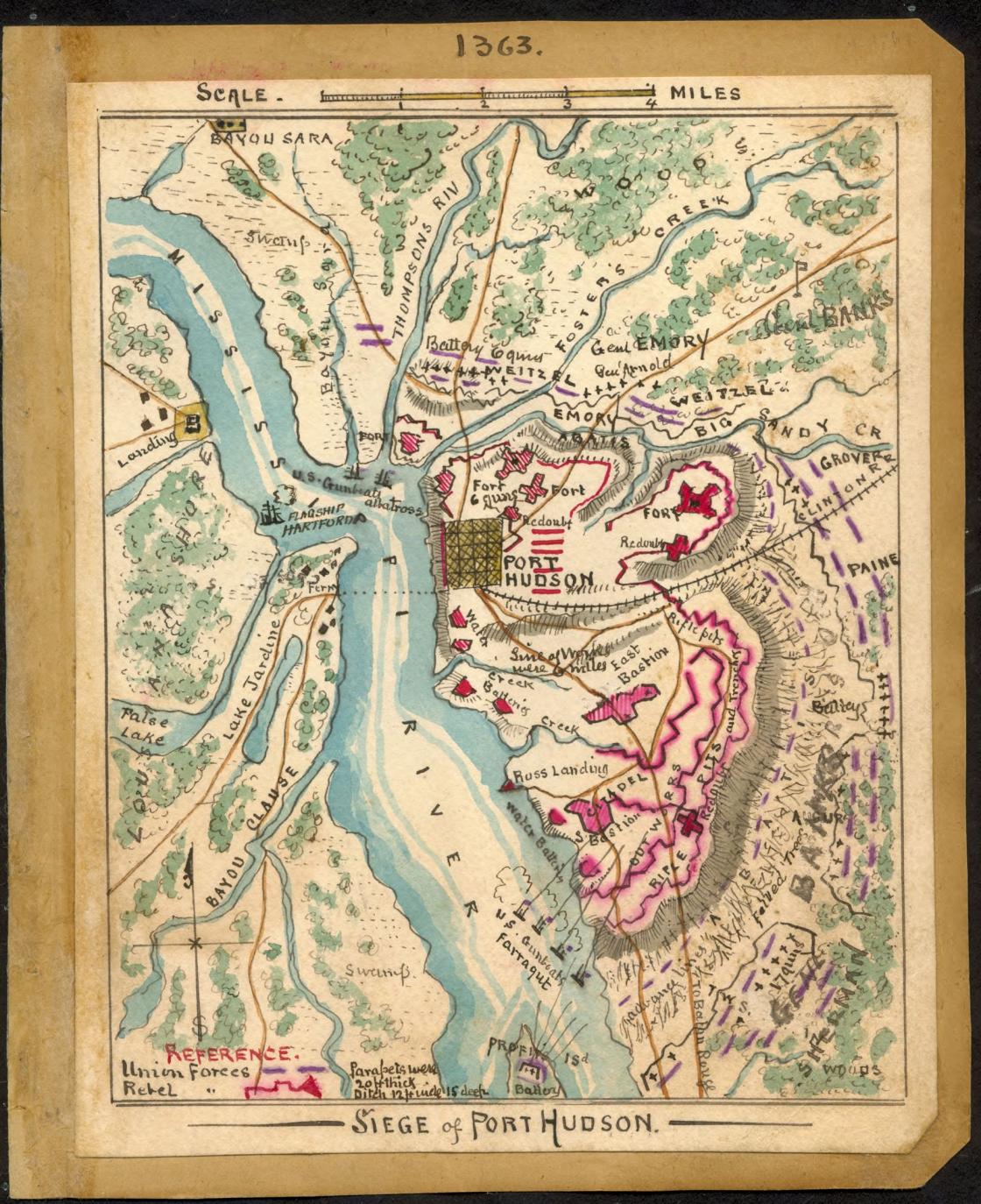 The Siege of Port Hudson Library of Congress

Historical map of the Battle of Port Hudson

The map shows the Union troops on land and water surrounding Confederate fortifications at Port Hudson, La., on the Mississippi River, approximately 25 miles north of Baton Rouge. The Union XIX Corps under Gen. Banks had its first engagement May 26th on the Bayou Sara Road, and laid siege to the fort on May 27th. Confederate Gen. Franklin Gardner surrendered Port Hudson on July 9th, 1863, after having been under siege for six weeks and upon hearing news of the fall of Vicksburg to Gen. Grant on July 4th.

Color coding indicates the location of Union and Confederate forces.
NOTE: Researchers will be served a color photocopy of this diary image.
Relief shown by hachures.
This item is from the collections of the Virginia Historical Society;
In the Robert Knox Sneden Diary (Mss5:1 Sn237:1 v. 4, p. 426).
Manuscripts