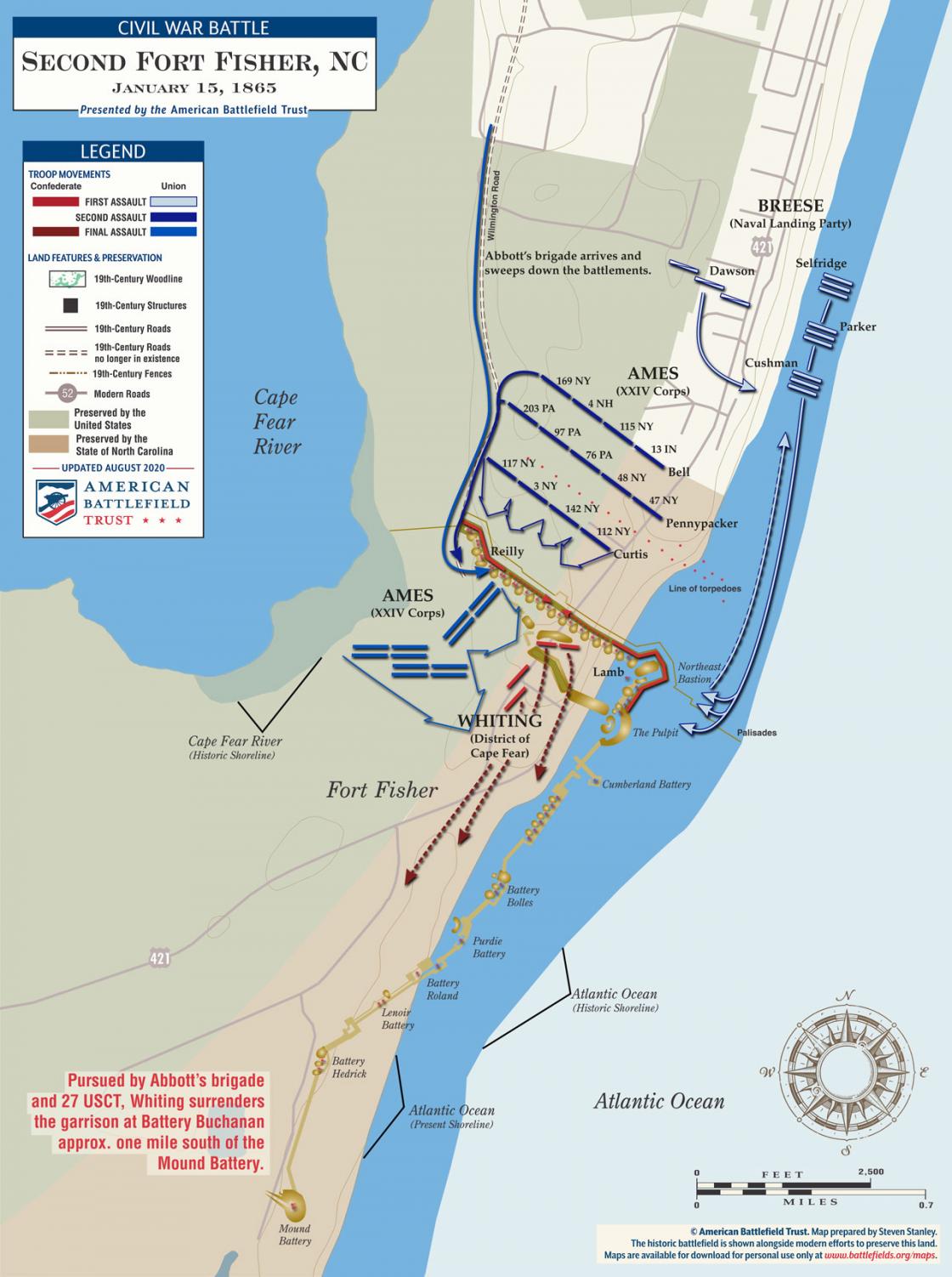 By January 1865, Fort Fisher on the North Carolina shore was the last coastal stronghold of the Confederacy. The fort protected blockade running vessels entering and departing Wilmington, the South's last open seaport on the Atlantic coast.

Maj. Gen. Alfred Terry was placed in command of a Provisional Corps from the Army of the James, and was supported by a Navy and Marine Corps force of nearly 60 vessels under Rear Adm. David D. Porter. Terry's orders were to renew operations against the fort that had failed in December. He had previously commanded in operations against Charleston, so he knew the effectiveness of Army-Navy cooperation.

Terry's plan combined a two-pronged infantry assault with a naval bombardment. One division of U.S. Colored Troops under Brig. Gen. Charles J. Paine would attack Maj. Gen. Robert Hoke's infantry line north of the fort, and a second division under Brig. Gen. Adelbert Ames, along with Porter's Marines and some sailors, would attack the earth and sand walls of the fort itself.

Terry's infantry landed unopposed on January 13th, and two days later, after a naval bombardment, Union forces attacked. Hoke put up little resistance, so Paine's men joined Ames' brigades. After heavy fighting, Ames eventually gained the inside of the fort, and the Navy's heavy guns silenced the Confederate batteries. The garrison of the Confederate "Gibraltar of the South" surrendered late that evening, opening the way for a Federal thrust against Wilmington.