Plan of the Battle of Cedar Mountain 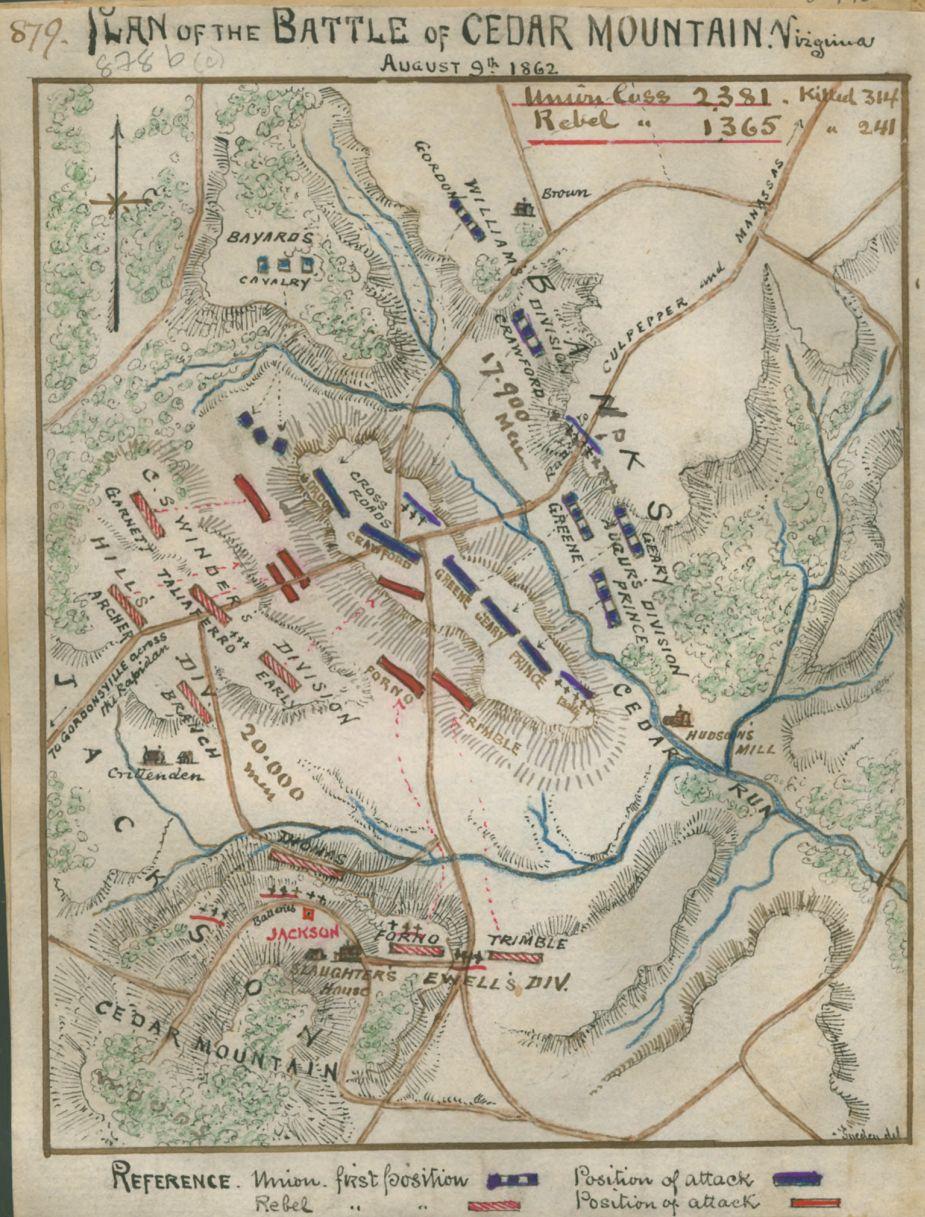 Plan of the Battle of Cedar Mountain

Historical map of the Battle of Cedar Mountain

The newly-organized Union Army of Virginia under Gen. John Pope had as its mission to draw Lee's focus and forces away from the defense of Richmond. To that end, the army began moving toward Gordonsville in July, planning to approach the Confederate capital from the north. Realizing the seriousness of his position, with McClellan in front of him and Pope on his left flank, Lee sent Stonewall Jackson and A. P. Hill to take the Federal forces by surprise. The first meeting was at Cedar Mountain, where federal troops under Gen. Banks engaged Confederates Winder and Ewell, with some success, until Hill's reinforcements arrived and a crushing counter attack was begun. With neither reserves nor reinforcements, Banks was forced to pull back. This became the opening engagement of the Second Bull Run Campaign. 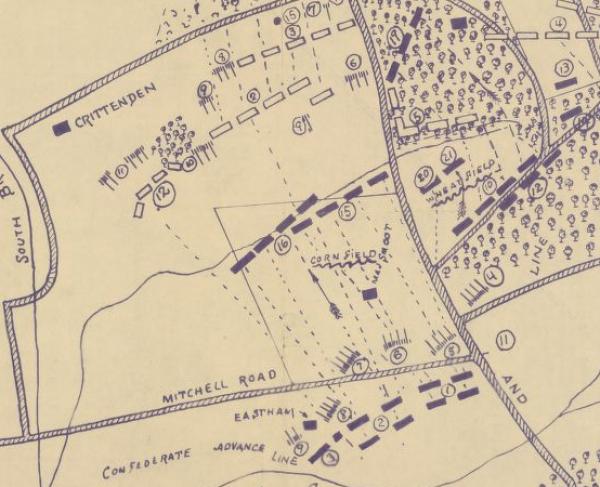