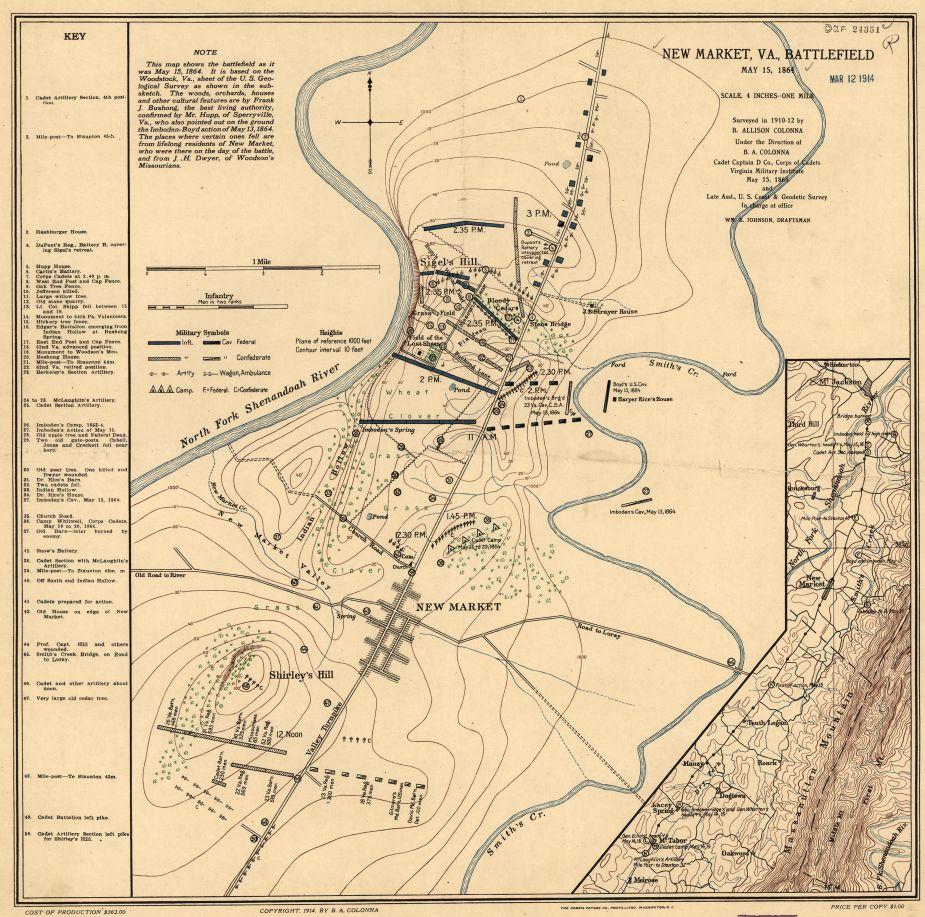 Historical map of the Battle of New Market

Scale 1:15,840.
Reference: LC Civil War Maps (2nd ed.), 585
"This map shows the battlefield as it was May 15, 1864. It is based on the Woodstock, Va., sheet of the U.S. Geological Survey as shown in the subsketch [inset]. The woods, orchards, houses and other cultural features are by Frank J. Bushong, the best living authority, confirmed by Mr. Hupp, of Sperryville, Va., who also pointed out on the ground the Imboden-Boyd action of May 13, 1864. The places where certain ones fell are from lifelong residents of New Market, who were there on the day of the battle, and from J. H. Dwyer, of Woodson's Missourians."
Shows troop and artillery positions, roads, drainage, vegetation, and relief by contour lines and hachures. Fifty important points are keyed by number to a list to the left of the map.
Inset: [Topographic map of the Shenandoah Valley extending from Rinkerton to Melrose showing events associated with the battle of New Market.] 24 x 15 cm. (irregular shape)
Description derived from published bibliography.