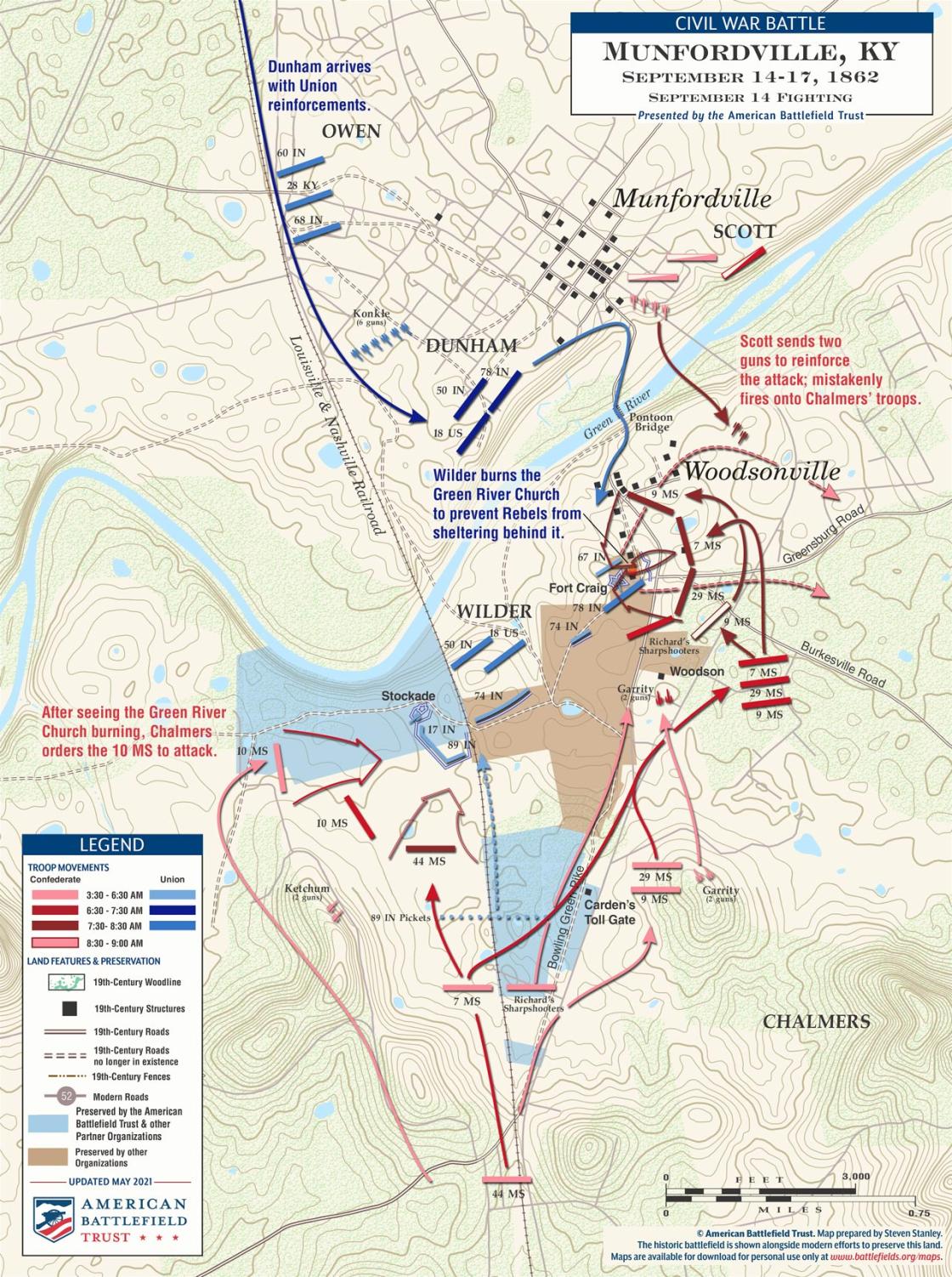 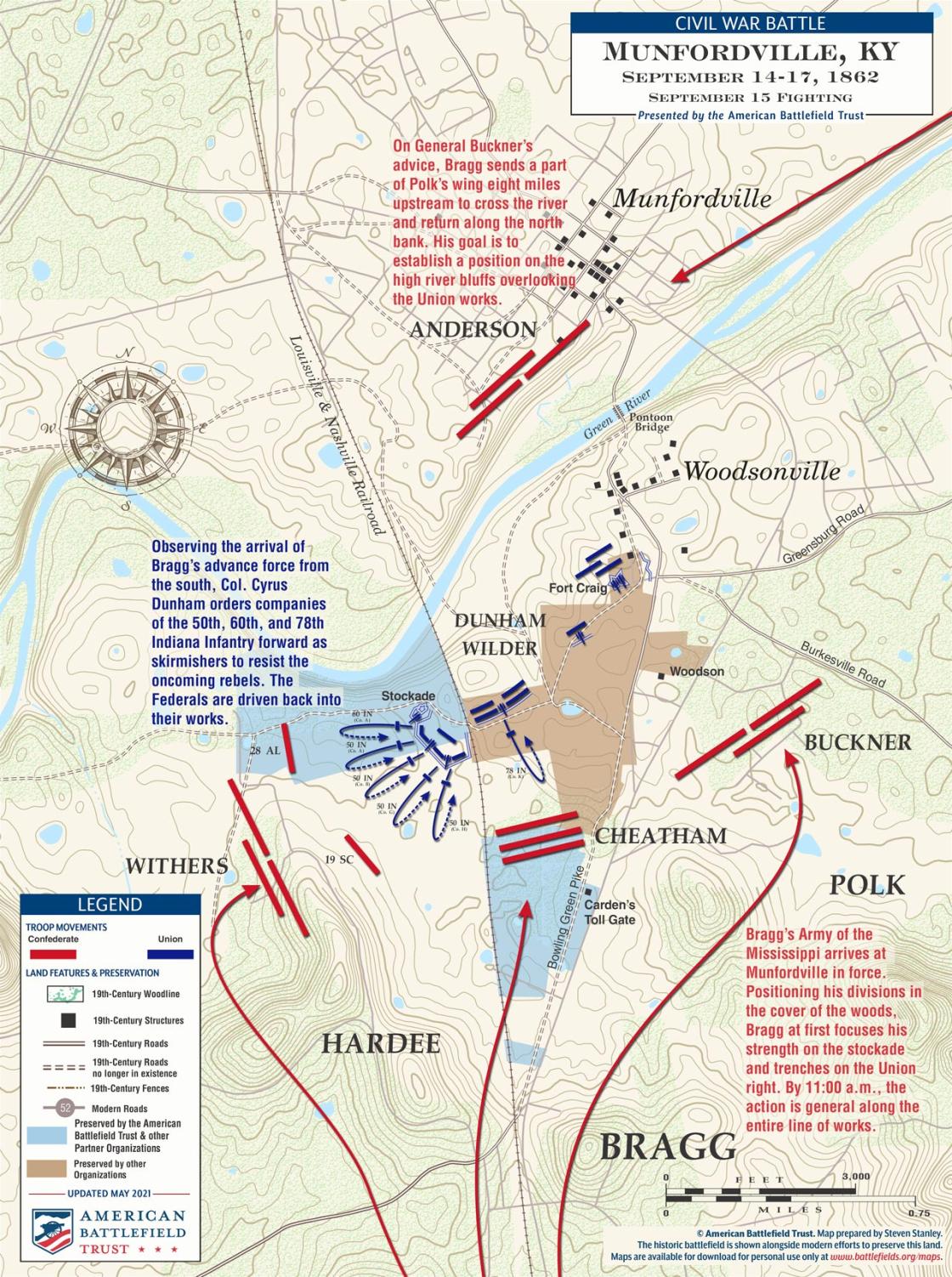 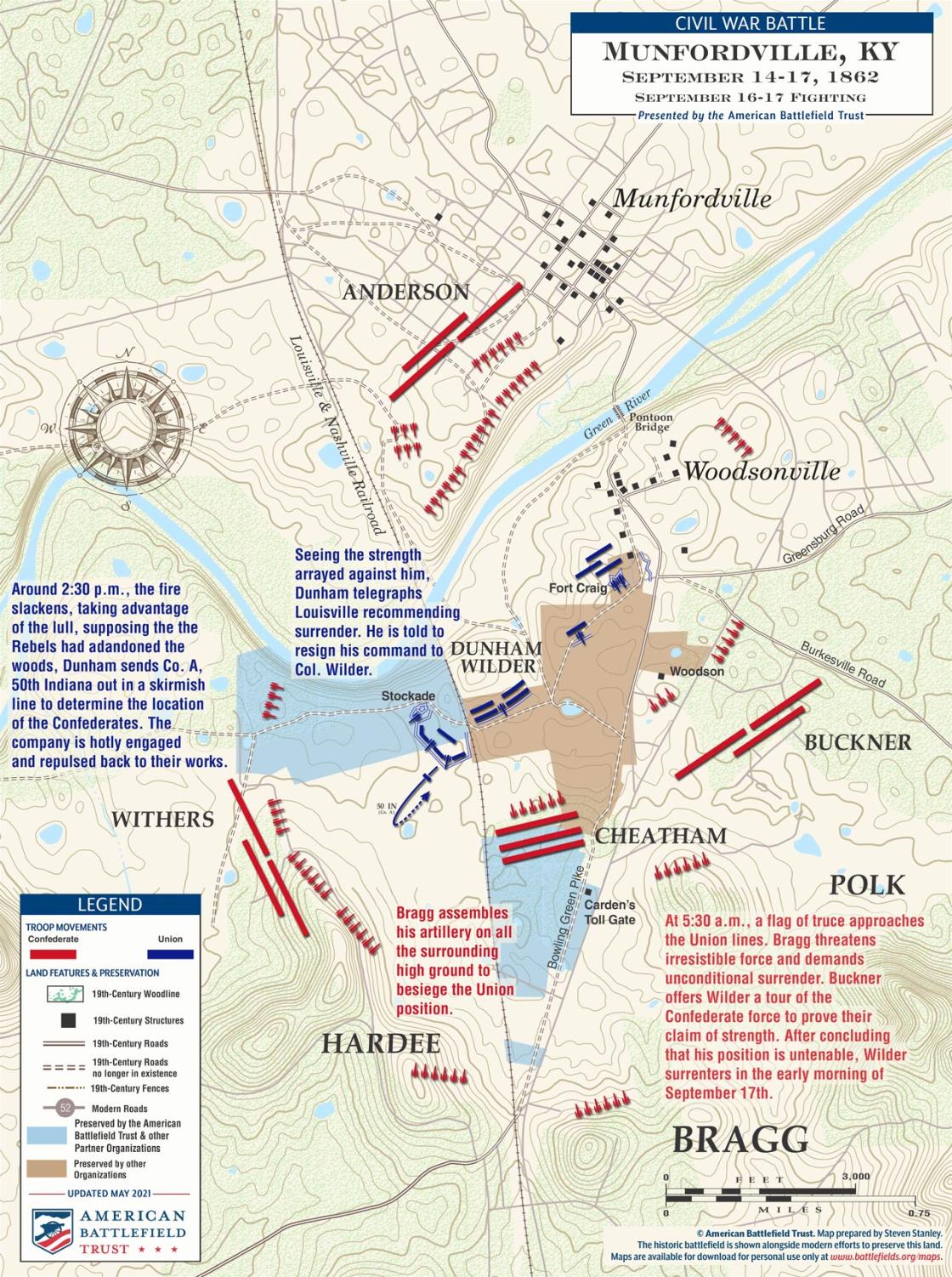 In September 1862, Confederate Gen. Braxton Bragg moved north through the strategic border state of Kentucky, carefully maneuvering his army to cover pursuing Union army routes. Munfordville, and the nearby railroad bridge over the Green River, was a key station on the Louisville & Nashville Railroad, which was being used as the line of advance for the Union Army of the Ohio as they chased Bragg’s men north. Approaching the town on September 14, Confederate Brig. Gen. James R. Chalmers demanded that Col. John T. Wilder surrender his garrison. Wilder refused and repulsed Chalmers' attacks, losing a few men but inflicting may more Rebel casualties. After two days of siege, the Confederates, realizing that Union Maj. Gen. Don Carlos Buell’s army was fast approaching, again urged surrender. Under a flag of truce, a blindfolded Wilder entered enemy lines late on the 16th. After viewing the Rebel positions, Wilder surrendered his garrison of 4,000 men on September 17. Rather than confront Buell, Bragg decided to move on, burning the railroad bridge behind them. Bragg would meet Buell in the decisive battle at Perryville three weeks later.