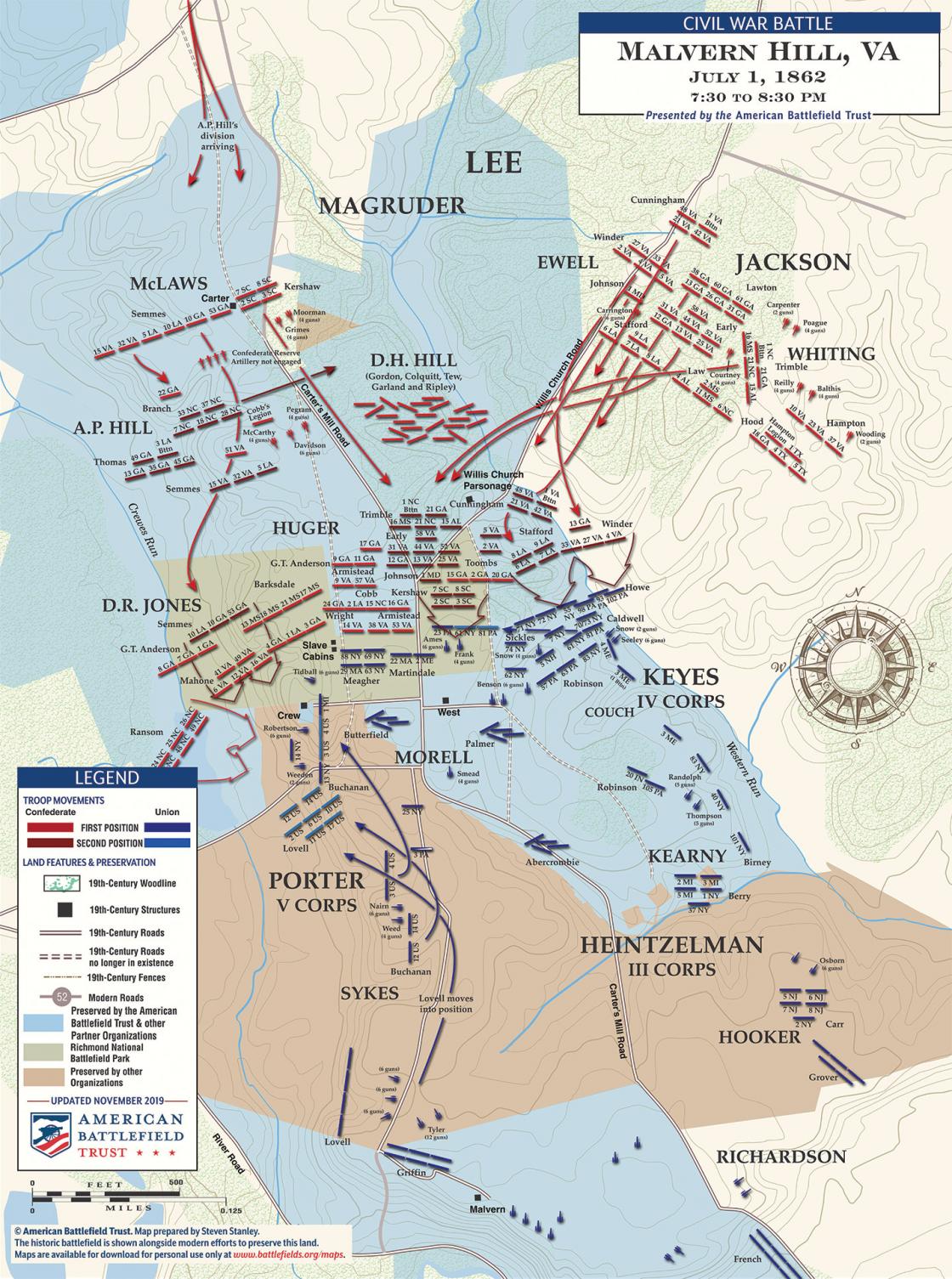 The divisions of Maj. Gens. D. H. Hill and John Magruder were first to attack the Union line. Their men advanced out of the woods around the Willis Church-Carter’s Mill road junction in separate, disjointed movements that met the Yankee defenders in several piecemeal attacks. Reinforcing brigades were sent in one by one. A flanking attack from the Confederate right failed at the base of Malvern Cliffs near the Crew house.

In the late afternoon, the brigades from Maj. Gen. “Stonewall” Jackson’s command were sent forward on D. H. Hill’s left. The reserve division of A. P. Hill was sent forward on the Confederate right. 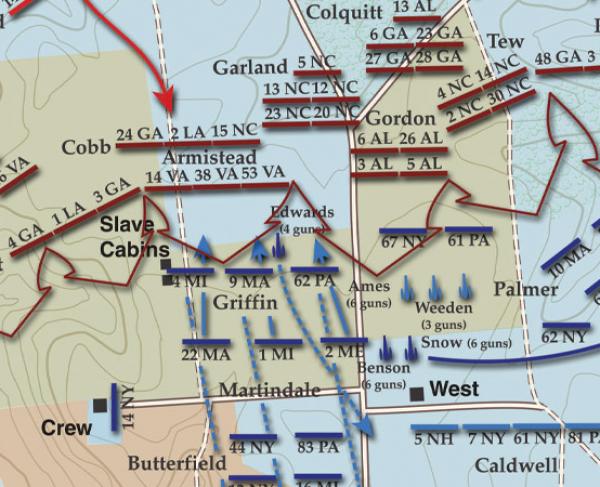 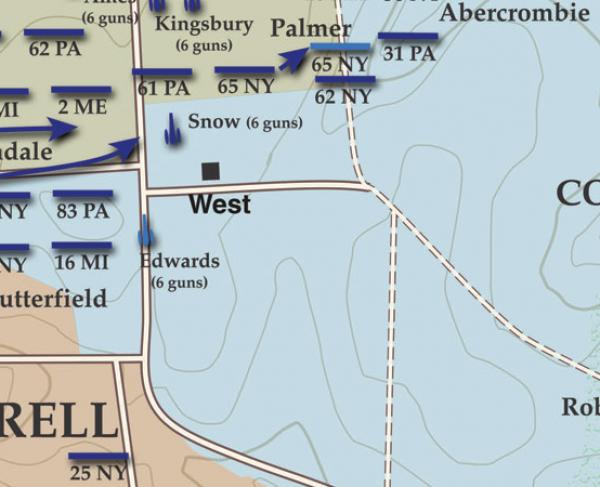