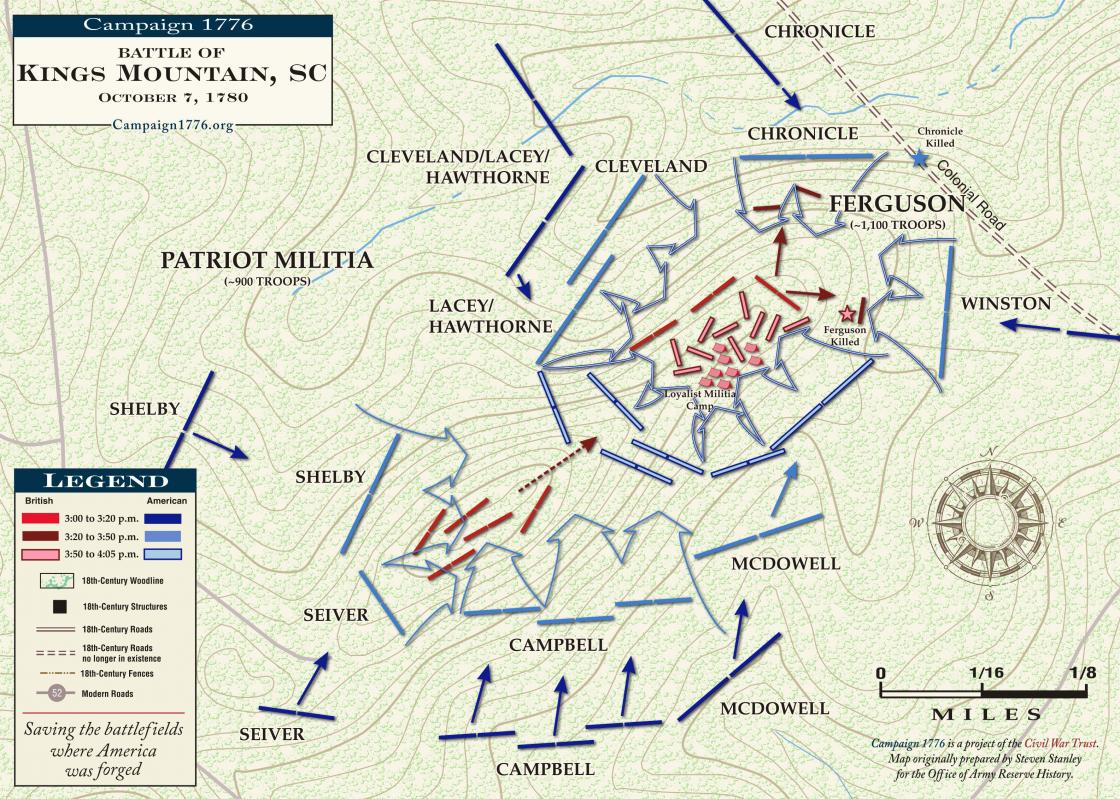 While General Charles Lord Cornwallis marched his troops into North Carolina, Major Patrick Ferguson gathered Loyalist militia near Gilbert Town. Encouraged by his growing numbers, Ferguson demanded rebels in vicinity “desist from their opposition to British arms” or suffer Ferguson’s wrath. His edict had the opposite effect. Numerous bands of American partisans emerged from North Carolina, South Carolina, and modern-day Tennessee and rallied under the command of Colonel William Campbell. Ferguson got wind of Campbell’s gathering force and began to move toward Charlotte to rendezvous with Cornwallis.

For reasons that are still unclear, Ferguson halted his march on October 6 and camped his forces atop Kings Mountain. On October 8, Campbell’s American Patriots attacked Ferguson’s American Loyalists, fighting from tree to tree. Groups of combatants charged and counter charged up and down the slopes in a short, sharp fight. At the climax of the battle, Ferguson was shot to death while trying to leave a charge. His death marked the end of organized resistance. Ferguson’s command suffered 319 killed and wounded with 700 more taken prisoner. Campbell lost just 90.

Kings Mountain
The Fighting Man of the Continental Army