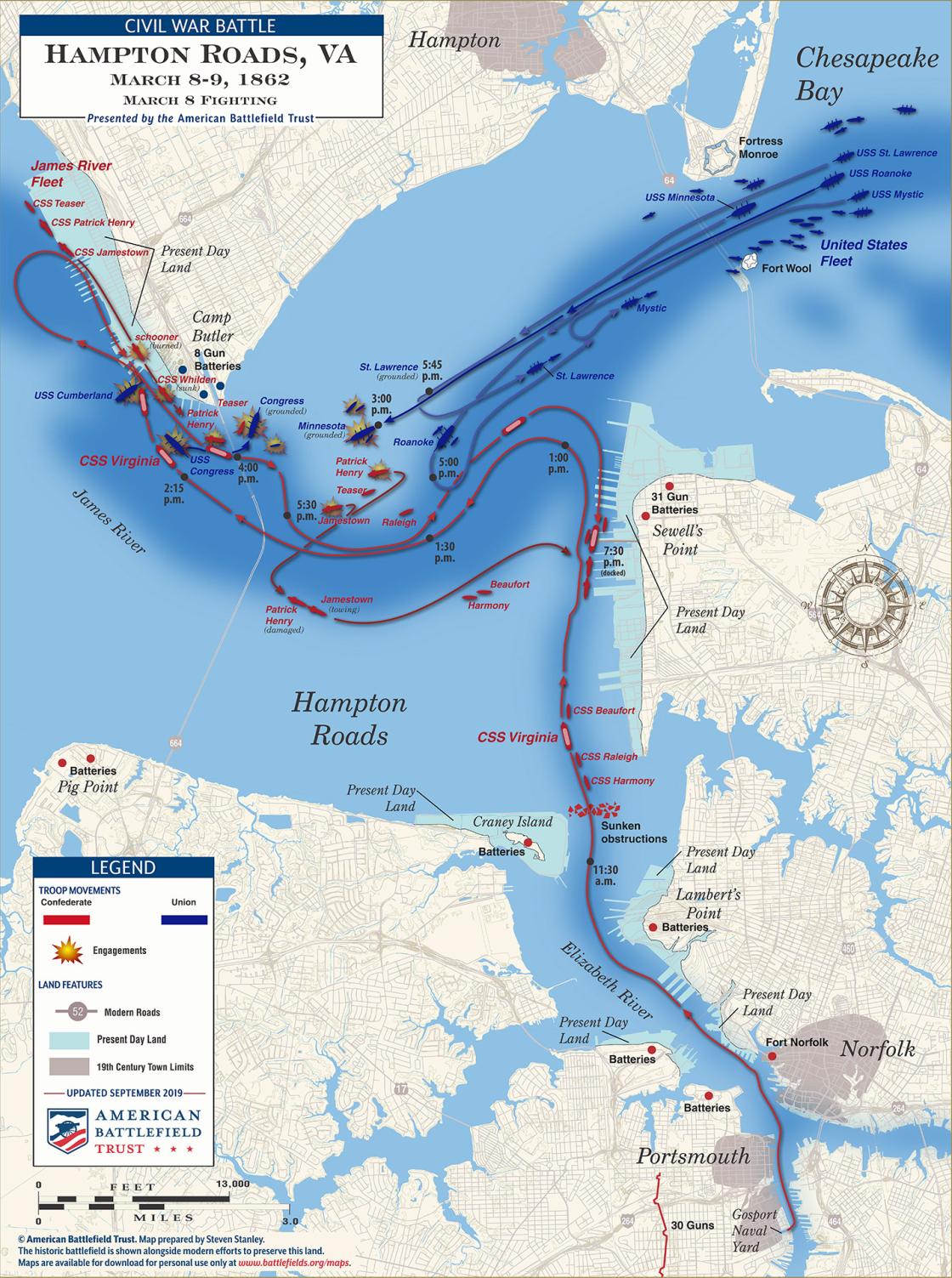 American Battlefield Trust’s map of the Battle of Hampton Roads on March 8, 1862

On the morning of March 8, 1862, the sloop of war USS Cumberland and sailing frigate USS Congress were anchored off Newport News Point, Virginia. Around noon, the ironclad CSS Virginia cleared Sewell’s Point, turned west, and approached the Union warships. Virginia was accompanied by the gunboats CSS Patrick Henry and the CSS Jamestown from the James River Fleet. As Virginia approached Cumberland, she exchanged broadsides with Congress. Moving on, Virginia rammed the Cumberland’s starboard bow, sending her to the bottom. Congress ran aground attempting to turn to bring her guns to bear on Virginia. Under short-range fire from the Confederate ironclad, unable to maneuver and now burning, Congress surrendered. Flag Officer Franklin Buchanan, commanding the Virginia, was wounded by musket fire from Camp Butler as he went up on deck to receive the surrender of the Congress.

As the fighting began, the steam frigate USS Minnesota entered Hampton Roads from the Chesapeake Bay, she too ran aground as she approached the burning Congress. All three Confederate ships traded fire with Minnesota, but the Union warship’s heavy guns drove them off. The sailing frigate USS St. Lawrence also moved toward the fighting, under tow from the gunboat USS Cambridge. She ran aground shortly after the Minnesota. The steam frigate USS Roanoke, sister ship to the USS Merrimack, arrived as Virginia departed the roadstead and returned to the Elizabeth River.

Cumberland was a total loss and remains on the bottom to this day. Congress burned into the evening of March 8, her magazines exploding around midnight. Minnesota, St. Lawrence and Roanoke were damaged but survived. USS Monitor arrived that evening and sheltered alongside the Minnesota until her historic engagement with Virginia the next morning. 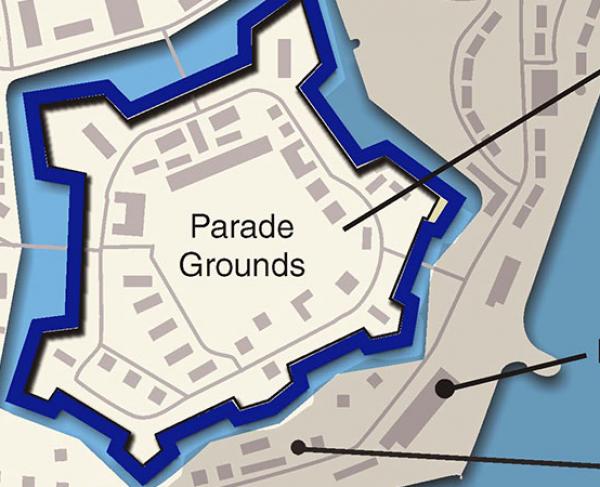