Ancestry and Fold3 have been helping people understand their ancestors and why they fought for causes large and small for decades. Now, Ancestry and Fold3 are joining forces with the American Battlefield Trust, so that you can find the veterans in your family's past and understand their stories and the impact on the generations that followed. You can learn more at https: www.fold3.com/projectregiment.

Robert Benthall was a seaman in Baltimore, Md., in 1860 - just like his father, Robert, and grandfather, William. before him. Baltimore was the scene of some of the first bloodshed in the Civil Was, when Federal soldiers were changing trains and were attacked by a mob. And like those men who went after the Union volunteers, Benthall's loyalties were to the Southern cause.

Benthall signed up for the Confed­erate navy and served as a seaman aboard the ironclad ram CSS Virginia, which was built off the wreckage of the USS Merrimack. When Virginia seceded from the Union, the U.S. Navy abandoned its shipyard in Norfolk, Va., and burned the Merrimack to the waterline. When the Confederates found the vessel, they dis­covered that its lower hull and machinery were unscathed. Being the only large ship with working engines in the area, they refitted the vessel as an ironclad.

On March 8, 1862, with Robert Benthall on board, the CSS Virginia par­ticipated in an engagement with Union vessels at Hampton Roads. The Virginia got the best of the USS Cumberland and the USS Congress. While the ironclad suffered some damage, she was still operational and in the fight.

On the following day, it was ironclad against iron­ clad when the USS Monitor arrived from Brooklyn. The two crews fought to a draw without any serious damage, and the Virginia retreated and found itself being blockaded until May, as Union troops occupied Norfolk. Unable to escape the blockade or travel up the James River, the Virginia had nowhere to go. Confederate officer Josiah Tattnall ordered the destruc­tion of the ironclad, and her crew escaped.

Benthall next made his way to the CSS Missouri, an ironclad paddle steamer on the Red River in Louisiana. Benthall's career advanced, as he was appointed act­ing master in the Confederate navy for the CSS Missouri on March 14, 1864. The Missouri bad been launched in 1863 after the waters of the Red River had subsided, preventing her from participating in the Red River campaign of 1864. By March 1864, as the river rose, the Missouri left Shreveport and headed out to defend Alexandria, La. The crew surrendered the vessel on June 3, and they were taken prisoner by Union troops.

A year later, the crew was paroled and allowed to return home. Benthall returned to Baltimore, where he worked as a cap­tain, married and had four children. A few years before his death in 1903, he moved to Richmond, Va., and worked with the Chesapeake and Ohio Railway company.

Not only did Benthall have a fascinat­ing Civil War career, but his descendants have gone on to play an important role in historic preservation. In December 2019, Color Bearer William Benthall Bristor, Jr., a retired sergeant in the U.S. Marine Corps, gave a gift to the Lighthizer Legacy Fund. That donation, one of many he has given to the Trust of the years, happened to be the two millionth gift in the organiza­tion's history! Learn how the Civil War experiences of William Benthall Bristor's ancestor inspire his commitment to preservation in an exclusive interview here. 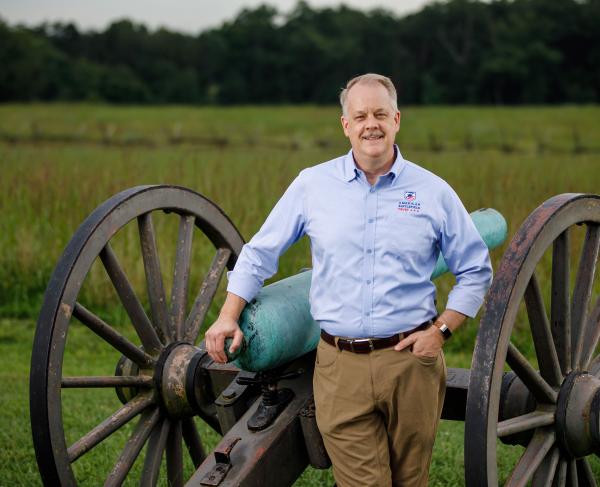 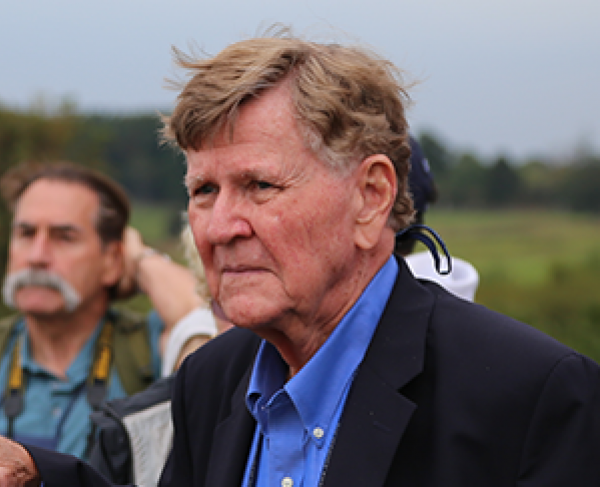