Glendale - Then and Now 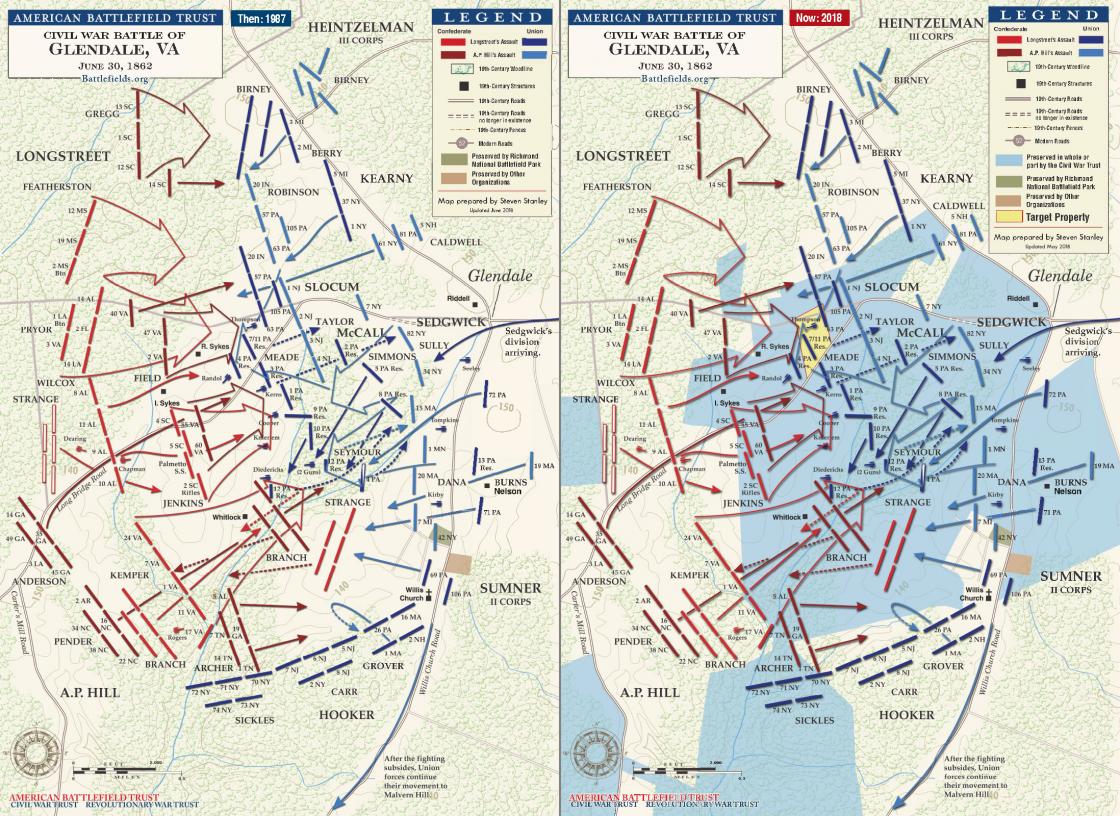 Glendale - Then and Now

On the afternoon of June 30, 1862, Maj. Gens. James Longstreet and A. P. Hill launched attacks north and south of the Long Bridge Road toward the V Corps Pennsylvania Reserves division of Brig. Gen. George A. McCall. The II Corps division of Brig. Gen. John Sedgwick reinforced McCall, as did the III Corps divisions of Brig. Gens. Phil Kearny and Joseph Hooker. Longstreet and Hill briefly broke the Federal line and captured McCall. The Confederates penetrated nearly to the Frayser farm (near the home owned by R. H. Nelson) but were beaten back. By dusk, the Federals held the Willis Church Road, which led south to the remainder of the Union army. That night, the Yankees slipped away to another defensive position on Malvern Hill.

Learn More: The Battle of Glendale 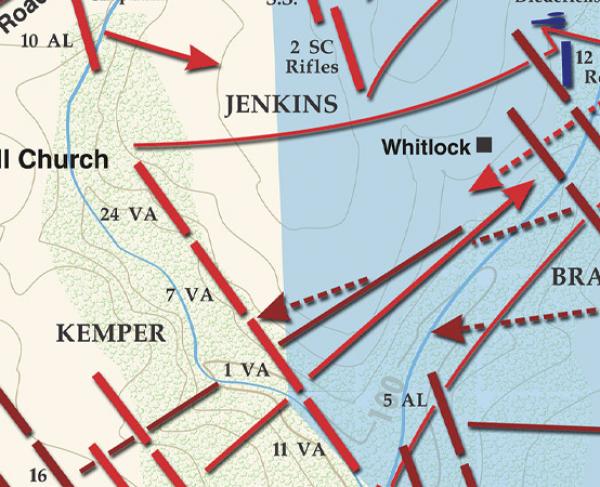 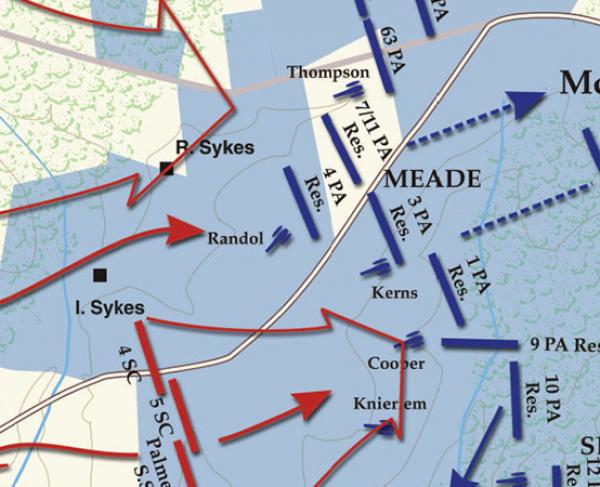 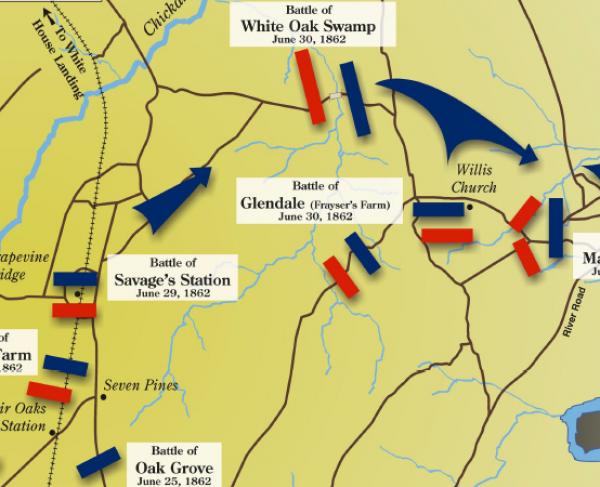