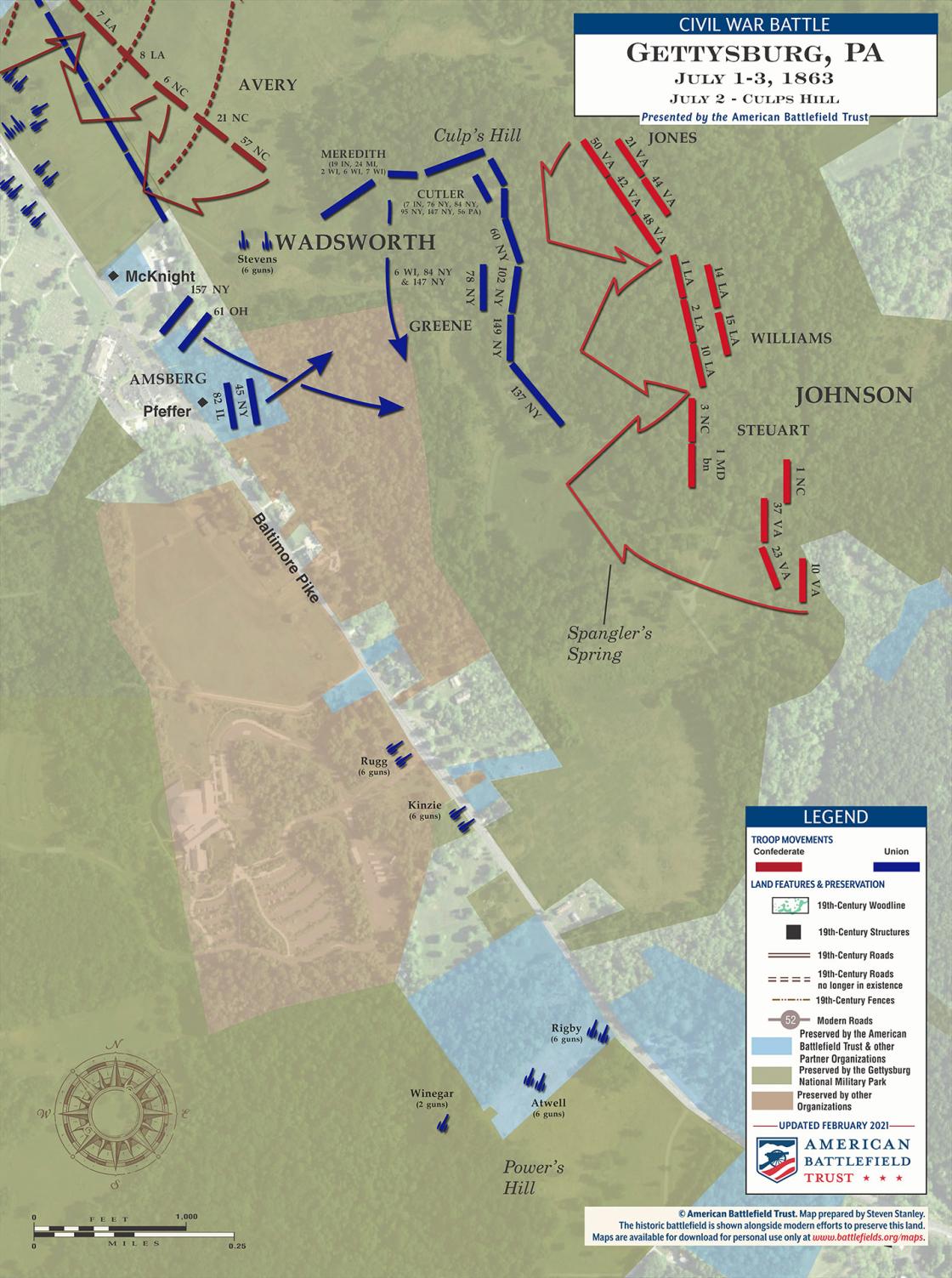 American Battlefield Trust’s satellite map of the Battle for Culp’s Hill at Gettysburg on July 2, 1863.

As twilight on July 2, 1863, brought an end to the fighting on the Union left, Gen. Richard Ewell's assault on the Union right flank continued. Just before sunset, three brigades of Gen. Edward "Allegheny" Johnson's Confederate division began its charge up the steep, boulder-strewn slopes of Culp's Hill. Opposing Johnson's 4,700 Confederates, were the roughly 1,400 New Yorkers of Gen. George Sears Greene’s brigade. Greene's men were charged with holding the extreme right flank of the Union army and protecting its supply and communication artery, the nearby Baltimore Pike.

Johnson's men made their assault, only to run headlong into formidable breastworks erected by Greene's men. Gen. George "Maryland" Steuart's brigade managed to outflank the Federal right flank, who fell back to a hastily built extension of their works. Increasing darkness led to great confusion on both sides. Desperate for reinforcements, Federal regiments who were badly mauled on July 1, were rushed to the scene. These reinforcements included the I Corps regiments of the 6th Wisconsin, 84th New York, and the 147th New York. The 61st Ohio, 82nd Illinois, and the 45th & 157th New York from the XI Corps. Steuart’s Confederates successfully occupied a portion of the XII Corps trenches on Lower Culp's Hill built by brigades that had earlier departed to reinforce the Union left—while Upper Culp's Hill remained firmly in Federal hands thanks to the stout fighting of Greene's men and timely Federal reinforcements. During the night, soldiers from both sides reinforced the Culp's Hill sector. The battle for Culp's Hill resumed at daylight on July 3.

This modern satellite image shows the land around Culp's Hill as it looks today. 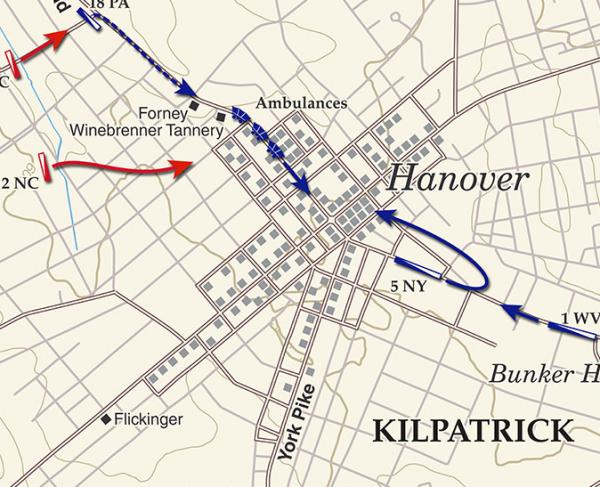