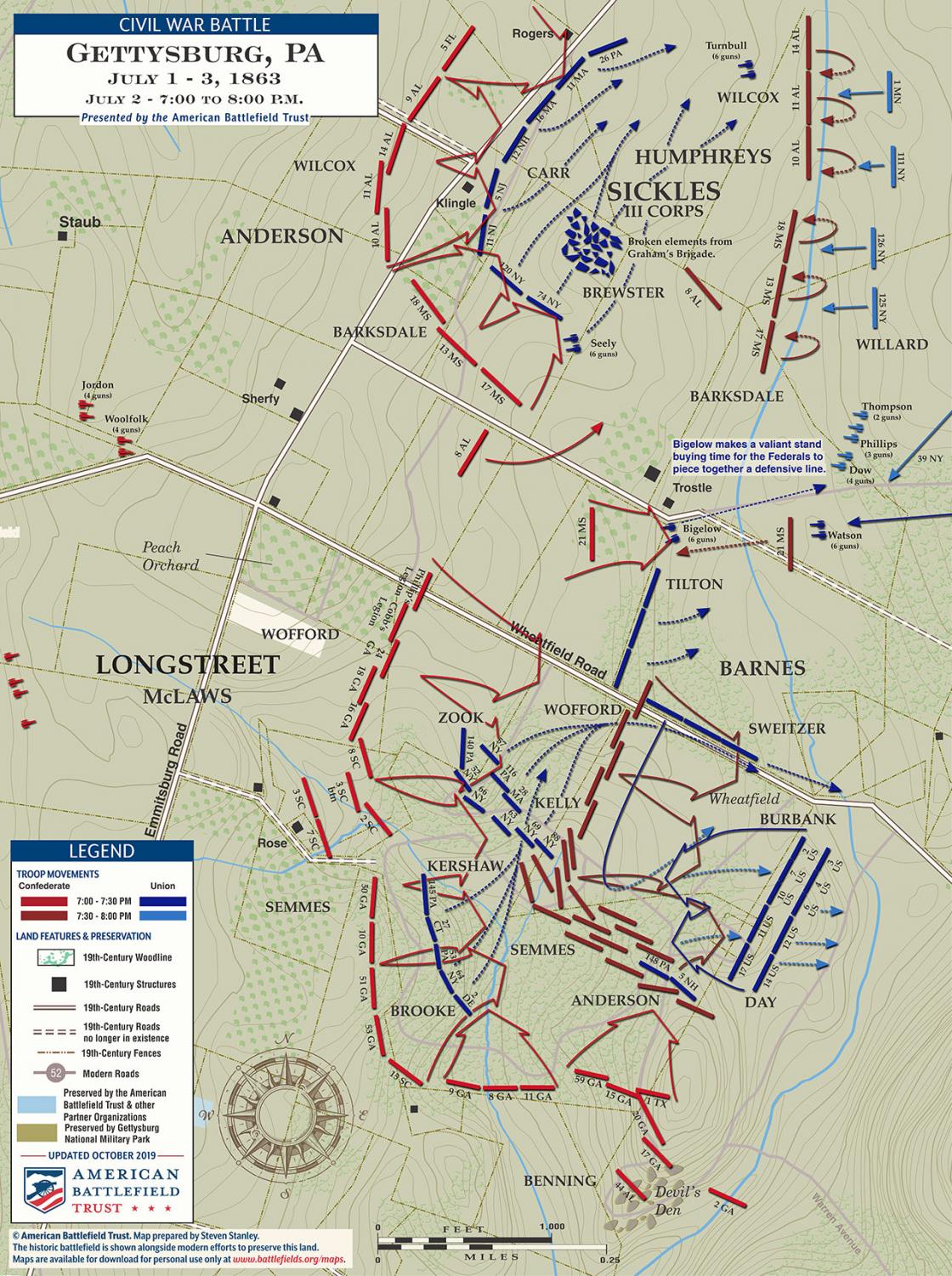 General Daniel E. Sickles’ infantry line at the Peach Orchard collapsed, and his surviving men fell back or were captured. The supporting artillery batteries fared no better, some losing guns in a fighting retreat. The 9th Massachusetts Battery of Captain John Bigelow made a stand at a fence near the Trostle farm before being overrun by William Barksdale's Mississippians. Further north, the II Corps brigade of Col. George L. Willard was called upon to hold back the Confederate tide, which now included Cadmus Wilcox’s Alabama brigade, and David Lang's brigade of Floridians from A. P. Hill’s Corps. Wilcox’s men nearly annihilated the 1st Minnesota Infantry, which suffered 82% casualties.

Anderson, Kershaw and Semmes continued to press the Yankees along the west and south edge of the Wheatfield. The abandonment of the Peach Orchard enabled the Georgia brigade of William Wofford to move down the Wheatfield Road unimpeded toward the Yankee rear.  The arrival of Wofford’s fresh brigade and renewed attacks from the other brigades finally drove the Union men from the area with heavy losses.

John Caldwell’s brigades pressed forward through the Wheatfield toward the rebels. Zook and Kelly’s brigades pushed Kershaw’s men off the Stony Hill. Cross’ brigade regained the east end of the field, while Brooke pressed forward all the way to the Rose farm before falling back. Two V Corps brigades of U. S. Army Regulars under Sidney Burbank and Hannibal Day entered the field from the east, but it was not enough to stop the oncoming Confederates. More than 20,000 men from both sides were engaged in the Wheatfield area with over 6,100 total casualties.  For the next two days, the field remained largely open ground between the battle lines.